Vegconomist is committed to reporting on all the latest and significant news in vegan business and vegan economy from around the world. We report on any developments in vegan business/economy, politics, trade, media, marketing and retail, trends, research, studies, opinions and much more.

At times, it may be pertinent for us to report on companies which may not be vegan or plant-based. In the current climate, businesses related to food, fashion, design, beauty and many more, are adapting to the increasing demand for vegan products in order to stay relevant in their market. For example, several meat producers are now altering their portfolio to include plant-based proteins offerings and move with the times. In terms of our editorial guidelines, we believe that, by publishing news about any business which offers vegan products, whether or not they are a fundamentally vegan company, it helps to increase awareness and demand, and thus pushing the movement forward.

It is our mission to promote and help the advancement of vegan business around the world, and thus the global movement. We remain neutral and objective.

Vegconomist is the business magazine for decision makers and influencers associated with the vegan economy/business world. Vegconomist reports on current developments in enterprises, organisations and trade as well as products, trends and markets. Vegconomist aggregates relevant vegan business/economy topics and closes the media offer gap in this field.

In recent years several vegan magazines and blogs emerged to cover the vegan lifestyle. However, almost all of them only appeal to consumers. In traditional specialized (trade) magazines the topic veganism is treated only marginally. Vegconomist addresses individuals in enterprises and organizations who are active in the vegan market, offer vegan related products or promote the vegan lifestyle.

Vegconomist also addresses the key players in food, environmental and health politics who have recognised that the conventional agricultural industry and factory farming create many problems and are convinced that the promotion of a plant lifestyle can solve a large part of those problems and ultimately pay off economically as well.

Vegconomist (often misspelled as veconomist) is completely independent of organisations, parties and associations. However, the editors favour a plant-based lifestyle and organic-vegan agriculture.

Vegconomist was founded in 2018 by Peter Link, who has been working in the field of journalism, PR and marketing (communication) with a special focus on b2b and trade topics, for over 30 years. He has been living vegan for several years and is a co-founder of a marketing communication agency for vegan products. 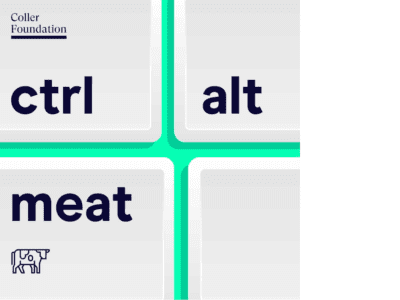