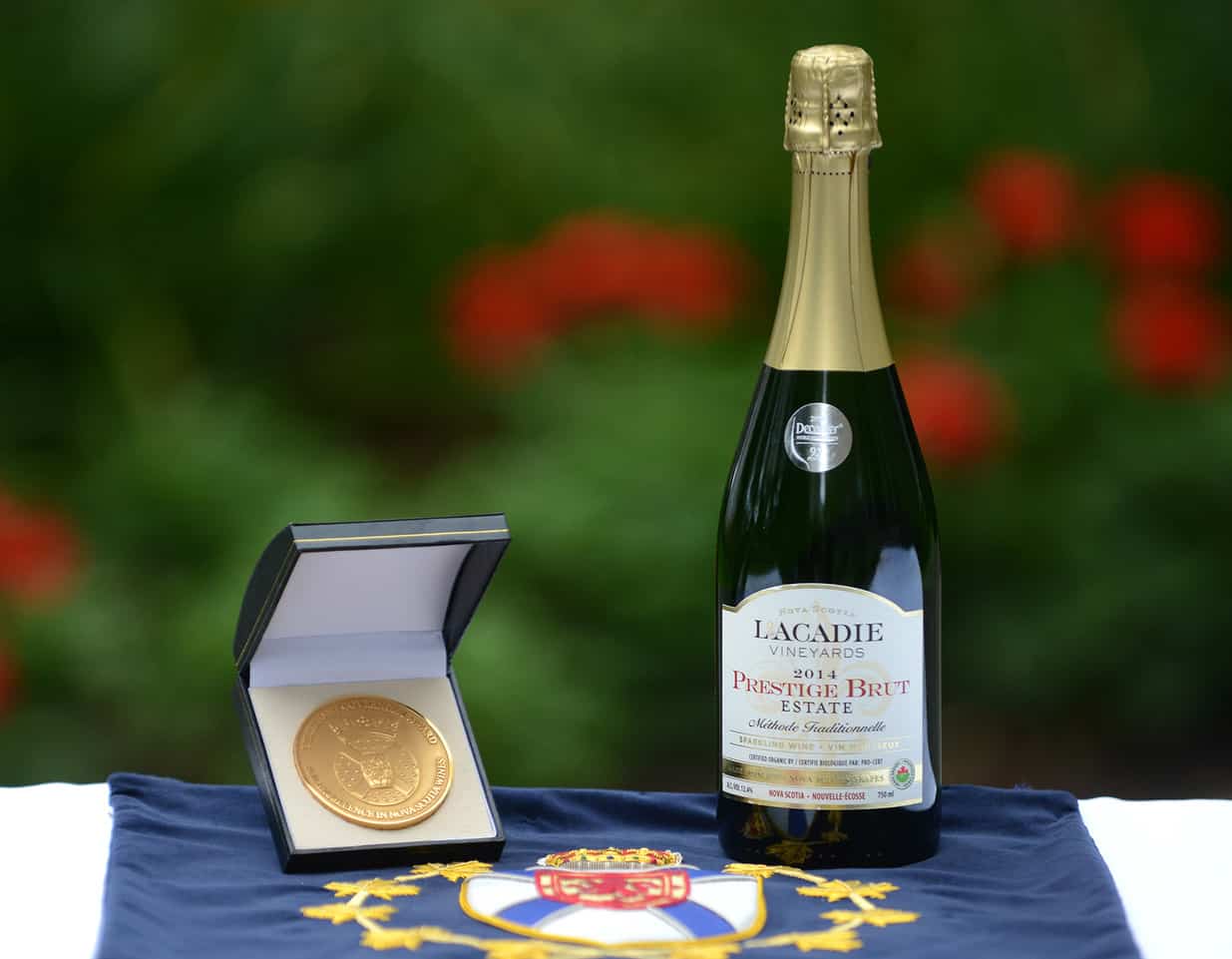 Biocyclic Vegan agriculture means purely plant-based organic farming. This form of cultivation excludes all commercial livestock farming of animals and does not use any inputs of animal origin in viticulture and winemaking. Special emphasis is placed on the promotion of biodiversity, healthy soil life, the closure of organic cycles and systematic humus build-up.

L’Acadie Vineyards is the first organic winery in Nova Scotia since its inception in 2004 and their operations go beyond organic with no animal inputs and sustainable practices such as composted plant residue teas and cover crops, and encouraging biodiversity and soils that are living and regenerative.

L’Acadie Vineyards was established in 2004 by well-known Canadian winemaker Bruce Ewert and his family in Gaspereau, Nova Scotia. Bruce has been a professional winemaker for over thirty years for wineries in Canada’s Okanagan Valley and Niagara Peninsula as well as in Sonoma, California, and Hunter Valley and Padthaway in Australia, and now Canada’s emerging wine region, Nova Scotia.  He has been head winemaker responsible for 400,000 cases and has made over half a million bottles of traditional method sparkling in his career. He is integral in establishing Nova Scotia as a sparkling wine region. L’Acadie Vineyards is the first winery in Nova Scotia to release traditional method sparkling wines receiving international awards.

“All of our wines have been vegan for over a decade and this certification gives our customers confidence that no animal inputs are used in our vineyard and in our wines. Biocyclic Vegan certification recognizes our extra sustainable efforts and care that are beyond organic, veganic, and we embrace their principles for the good of environment, animals and people,” says Bruce Ewert, founder & owner.