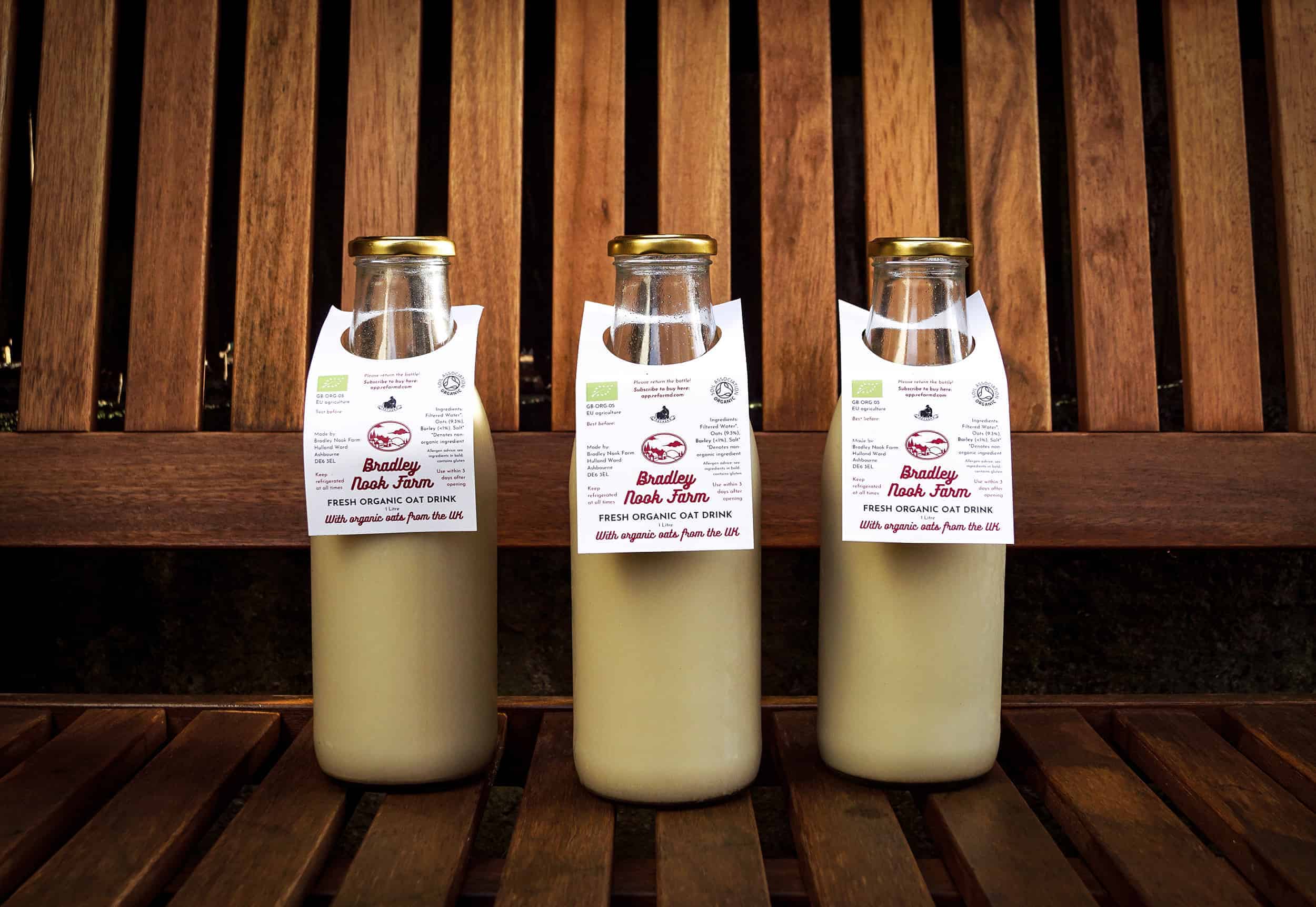 Former dairy farmers Jay and Katja Wilde, from Derbyshire in the UK, made headlines in 2017 after sending their cows to an animal sanctuary and transitioning to growing crops. Their story was told in BAFTA award-winning documentary called 73 Cows. Now, the couple has launched an organic oat drink in collaboration with the startup Refarm’d.

Refarm’d was founded in 2017 by Geraldine Starke, a Frenchwoman based in Spain. It works with farmers to help them switch from producing dairy to making organic plant-based alternatives.

Starke initially approached the Wildes after seeing their documentary. Now, Bradley Nook Farm has become the first Refarm’d partner in the UK to beta-launch its oat drink. The story was covered in a recent video by popular vegan YouTuber Joey Carbstrong.

Initially, the oat milk will only be available to 100 local subscribers, who will be able to give feedback.

While Refarm’d is currently only working with small farms, some larger dairy organisations are also beginning to branch out into plant-based alternatives. Last year, dairy group Meadow Farms invested £4m into a new plant-based facility in the UK.

“The dairy industry is struggling. I believe that to help our farmers, we need to work with them and help them get out of this system. That’s what we at Refarm’d are trying to do,” says Starke. “Our model is conceived such that farmers keep their identity, their dignity, their farm, and their animals while being self-sufficient. We want to show what the future of farming could look like.”