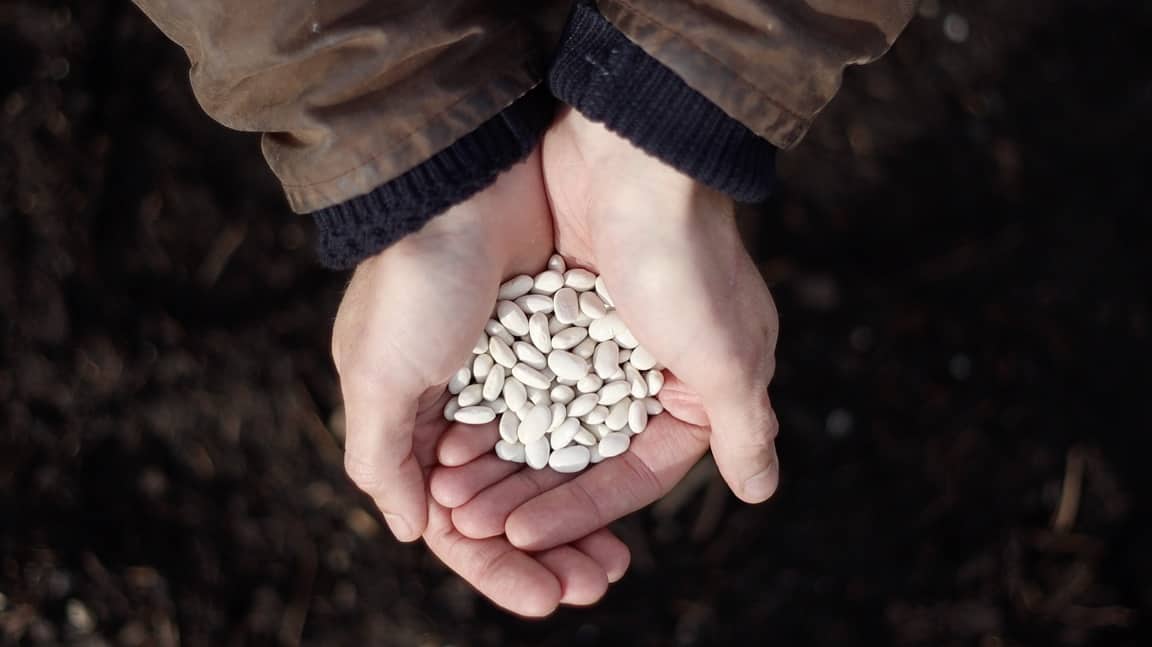 Willicroft, the Netherlands brand which became the first plant-based cheese B Corp this March, reveals to vegconomist it has sown its first white beans — the staple ingredient in the brand’s cheese recipes — as it prepares to upscale in 2023.

Two years ago, Willicroft became aware of the extremely high emissions of cashews — the previous main ingredient — through an initial lifecycle assessment. The team set about looking for alternative ingredients that could tackle a multitude of factors – lower emissions, similar nutritional profile, neutral colour and flavour to name a few. Most importantly, this new base ingredient needed to be grown within or close to its consumer base in the Netherlands.

Two weeks ago, the first seeds of white beans were sown in the Netherlands with the Lamers family at their farm De Scholvert. Willicroft is growing four different varieties of beans across a hectare of land with students from Wageningen University and Louis Bolk Institute monitoring the results.

Transitioning farmers from dairy to plants

“This will allow us to explore regen farming for the first time, lower our emissions, fixate nitrogen and from next year transition farmers away from dairy farming onto arable farming,” says founder Brad Vanstone.

Next year the company, which recently secured €2 million to fund growth in the UK, Germany and the Nordics, is aiming to upscale the project to cover the company’s entire bean supply chain whilst also making the project fully regenerative.

The Dutch government in the Netherlands has allocated 25bn EUR to lower the number of reduce livestock numbers significantly over the next decade but is currently solely funding the purchase of farms rather than the transition of farmers onto other methods of farming, explains Vanstone.

“As we transition our food system we believe it’s super important we solve the issues of our food system at their root cause. Our goal is for this project to become a catalyst for transitioning dairy farmers away from dairy farming and onto regenerative arable farming.

“In Europe, we receive the lowest amount of protein from beans and pulses compared to all other continents importing up to 95% of each variety when they can be grown perfectly well in this part of the world. It’s time we changed that”.