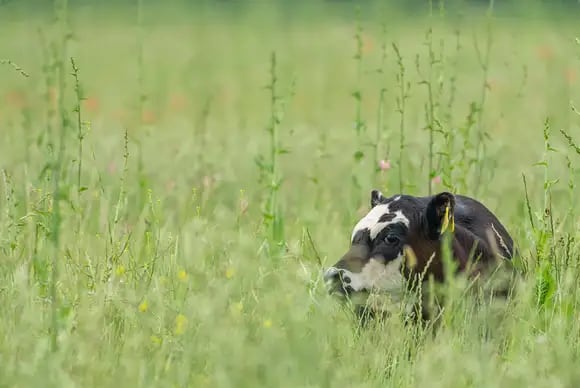 A report by conservation organisation WWF has claimed that two-fifths of the UK’s arable land is being used to grow crops to feed farmed animals.

Half of the wheat grown in the country — enough to produce over ten billion loaves of bread — is fed to livestock in a process the organisation described as “inherently inefficient”. When the land used for raising and grazing livestock is also taken into account, 85% of the UK’s farmland is devoted to animal agriculture. This is despite the fact that only a third of calories consumed in the country comes from animal products.

According to WWF, Brits currently eat more animal protein than is recommended and should aim to replace some of this with plant-based foods. Alternative livestock feeds such as seaweed and food waste could also help to free up land. However, the organisation emphasises that a reduction in livestock numbers will be necessary.

Some of the land freed up could be used to grow crops for human consumption, with the remainder used to “make space for nature”. This would have benefits such as increased biodiversity.

Animal agriculture and land use

Numerous studies have compared the amount of land used for plant-based versus animal-based foods. In April, research from the University of Helsinki found that alt-proteins require 80% less land compared to conventional European diets, while a meta-analysis in January calculated that if everyone ate a plant-based diet then 75% less farmland would be needed worldwide.

“The findings from this WWF report further demonstrate the clear need to map out the implementation of the reduction in meat and dairy consumption, and how this will be achieved over time, to boost the resilience of the UK’s food system. It is important that funding is made available to farmers, to increase productivity and support the transition to growing more sustainable plant-based food and drink products,” said Marisa Heath, Chief Executive of the Plant-based Food Alliance UK.