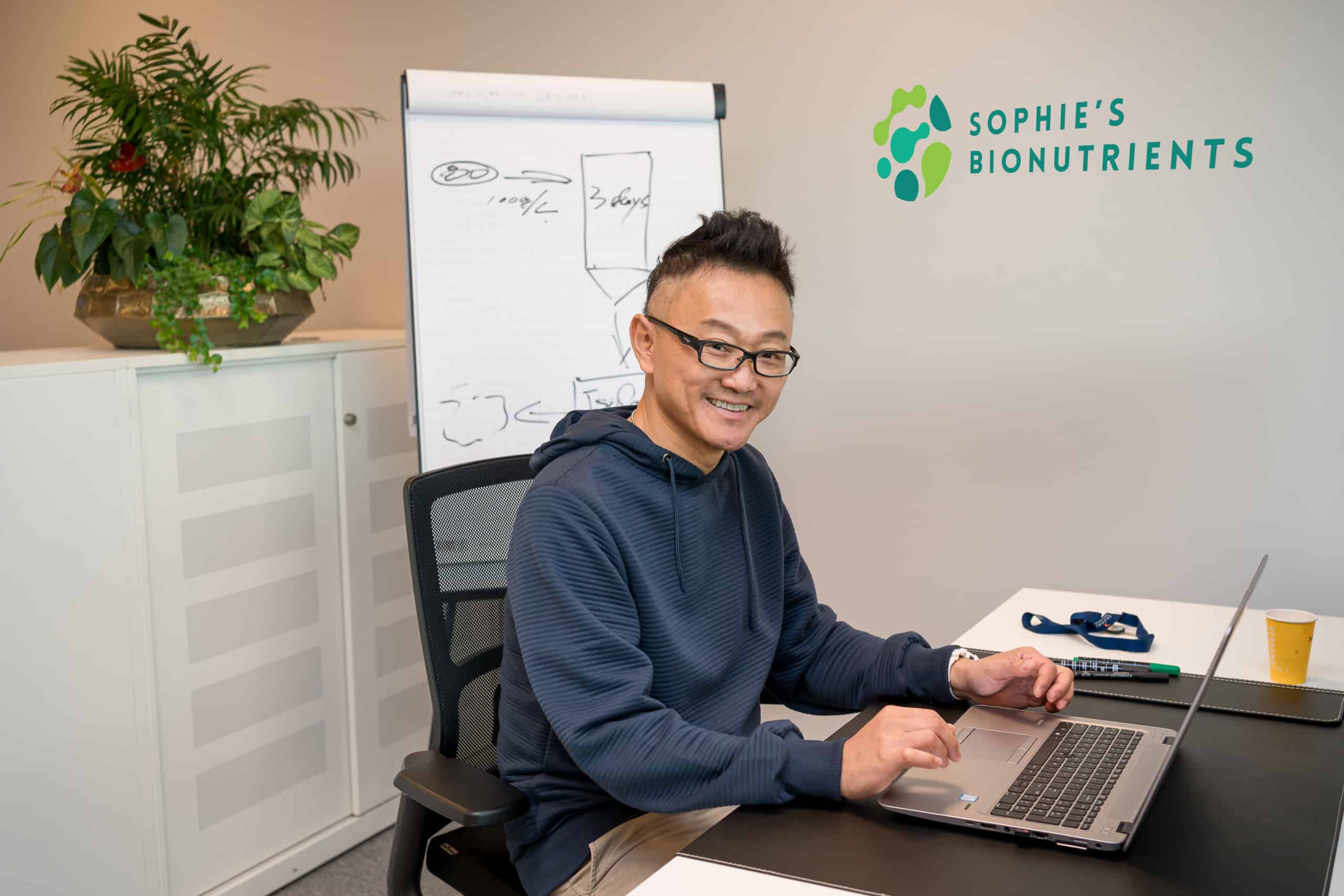 Six months ago, microalgae pioneer Sophieʼs Bionutrients moved its headquarters from Singapore to “Food Valley” in the Netherlands as one of the few Singaporean companies to make the move to Europe.

Since relocating to Europe in October, the team has been able to utilize all factory facilities simultaneously to increase the speed of development, leveraging access to top research at local Dutch universities, including WUR, the world’s best agricultural university.

The biotech scaleup has found in the Netherlands specialized manufacturing partners, completed its C-level suite with Dutch talent, found expert support in various areas, signed commercial agreements, and is close to closing its next round of financing.

“The sophisticated ecosystem of ‘Food Valley’ is similar to Silicon Valley, but focused on agro- and foodtech,” says Eugene Wang, founder and co-CEO. “It started with a program called Go Beyond to attract international scaleups to the Netherlands. This brought me to my mentor Willem Sodderland, who eventually became our Scaleup Director and Co-CEO. We teamed up and started leveraging his connections. Within a few weeks, we found a protein extraction specialist that we hadn’t been able to find in Singapore for two years.”

“As a hub for innovation in agri-food technology, Food Valley is the ideal springboard for Sophieʼs Bionutrients to take the next step toward market readiness. The sheer talent and innovation in Europe has allowed us to move forward at an incredible pace as we seek to provide microalgae-based proteins to millions of people worldwide,” said Willem Sodderland, Scaleup Director at Sophieʼs Bionutrients.