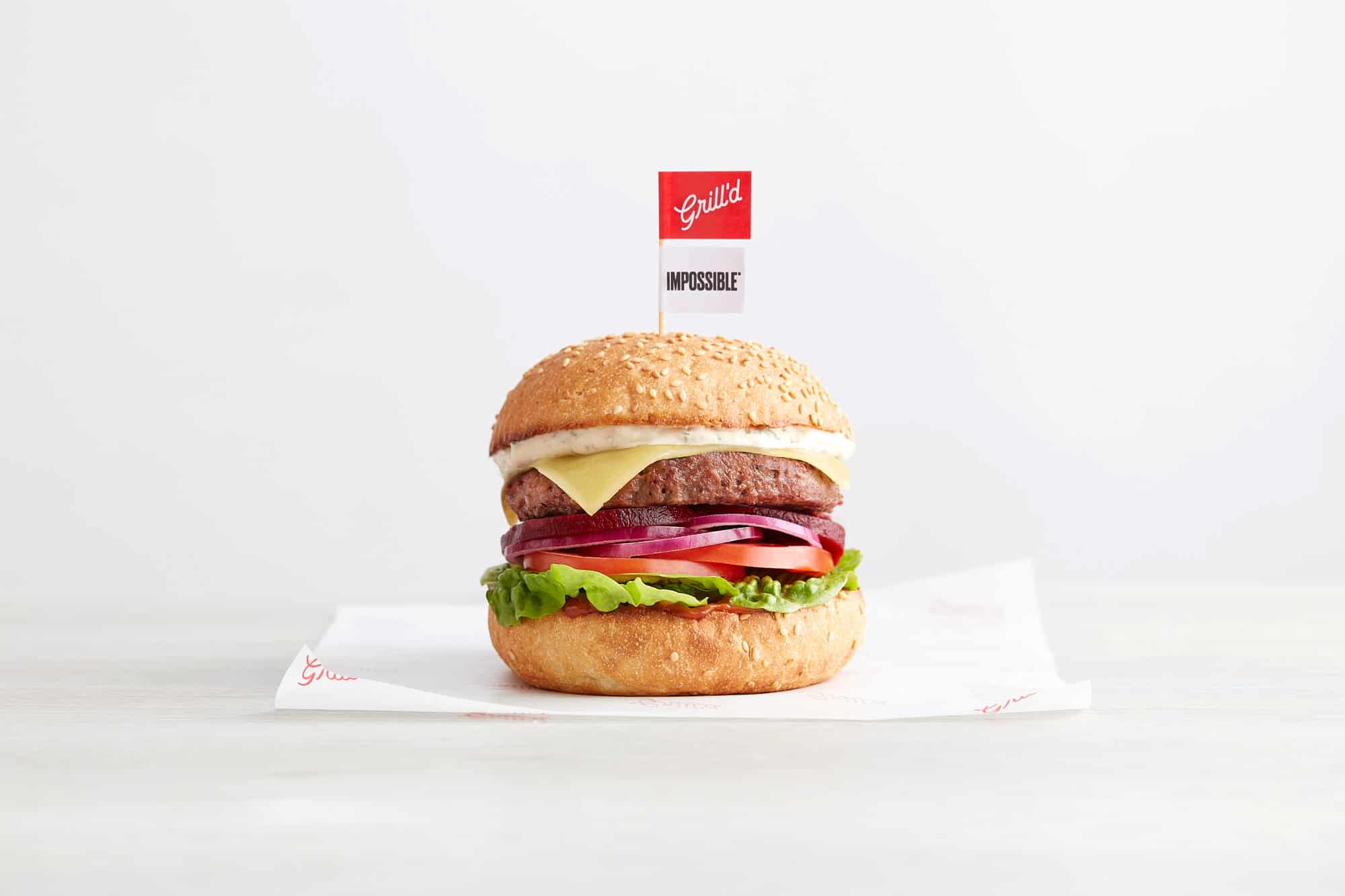 SYDNEY–(BUSINESS WIRE)–California-based Impossible Foods has arrived in Australia and New Zealand, marking the company’s third and fourth international market launches in 14 months. Impossible Foods’ flagship product, Impossible™ Beef Made From Plants (known as Impossible™ Burger in other markets), is now available on the menus of top chefs in Auckland, New Zealand, the greater Sydney area, and nationwide across Australia at Grill’d — Australia’s leading national burger brand.

Earlier this year, Australia and New Zealand’s regulatory body, Food Standards Australia New Zealand (FSANZ), approved Impossible Foods’ key ingredient, heme (soy leghemoglobin), for use in plant-based meat products, paving the way for Impossible Foods’ commercial launch in both markets. To date, the ingredient has been approved for sale in every market that has completed its regulatory review.

“Our launches in Australia and New Zealand are another huge step towards bringing delicious, sustainable options to every market in the world,” said Dennis Woodside, president of Impossible Foods. “Both countries are home to some of the most devoted meat-eaters on earth, and we know consumers there are going to love Impossible Beef.”

Australia and New Zealand are two of the highest meat-consuming countries in the world per capita, alongside the U.S. and Argentina. Both countries are known for their meat-centric culinary scenes and cultural pastimes centered around meat-based dishes — like barbecues, roasts and festivals.

In addition to Australia and New Zealand, Impossible Foods’ products are available in the U.S., Canada, Singapore, and Hong Kong, and were recently launched in the United Arab Emirates, the company’s first market in the Middle East. Impossible Foods’ mission is to be sold in every major market globally where conventional meat from animals is sold.

Impossible Foods’ innovative approach to transforming the global food system via compelling plant-based products has the potential to be a powerful part of Australia’s ambitious goal to achieve net zero emissions by 2050. The production of animals for use in food is responsible for up to 17% of greenhouse gas emissions globally, and animal farming destroys vast swaths of natural habitat that would otherwise be vital in removing CO2 emissions from the atmosphere.

Impossible Beef also contains no animal hormones or antibiotics and is packed with nutrients. Each 113-gram serving of Impossible Beef delivers 18.8 grams of protein and is a good source of iron, fibre and B vitamins (Niacin and B12).

In its approval of Impossible Foods’ key ingredient, heme (soy leg hemoglobin), Food Standards Australia New Zealand noted that the decision “supports greater consumer choice for meat analogue products with a source of iron which may benefit consumers wanting to reduce or eliminate animal products from their diet.” The body added that approval of the ingredient “supports greater consistency with international food regulations, industry innovations and creates trade opportunities for Australia and New Zealand.”

Australians are now able to try Impossible Beef at all 150+ locations of the country’s iconic burger brand, Grill’d, and at Chef Julian Cincotta’s popular restaurant Butter — a fried chicken concept with several locations in the greater Sydney area.

Simon Crowe, founder and managing director of Grill’d, said of the launch: “We’re incredibly passionate about creating healthy, sustainable and — most importantly — delicious burgers, so we’re thrilled to be the first national restaurant group in Australia to add Impossible Beef to our menu. They’re unbelievably mouth-watering and made for people who love meat; you’ll think you’re eating the real thing! Impossible Beef is the natural next step for Grill’d in our mission to challenge the status quo with innovative, healthy and sustainable products. We can’t wait for guests to taste the new Impossible range at Grill’d.”

Impossible Foods was Inc. Magazine’s company of the year and one of Time Magazine’s 50 Genius companies. Its flagship product, Impossible Burger, was named top plant-based burger by the New York Times and received the Food and Beverage (FABI) Award from the National Restaurant Association.