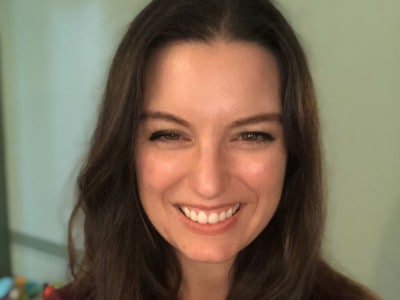 In the third instalment of our new Opinion section featuring the views and insights of leaders and figures from across plant-based and cell-based; Anne Palermo of Aqua Cultured Foods shares her thoughts about the current narrative on the alleged slowing-down of the alt meat category. Hype of ‘Slowdown’ in Plant-Based Meat Sector Misses the Point: The Planet Depends on Our Success Research firms, financial analysts, business pundits, and the journalists who amplify them have all contributed to a great deal of doom and gloom about the alt-meat industry in recent months. Declining fortunes of publicly traded companies, the lackluster performance of product lines owned by megacorporations, and flattened post-pandemic sales triggered smug headlines that the plant-based meat market had fizzled out like the coconut oil … 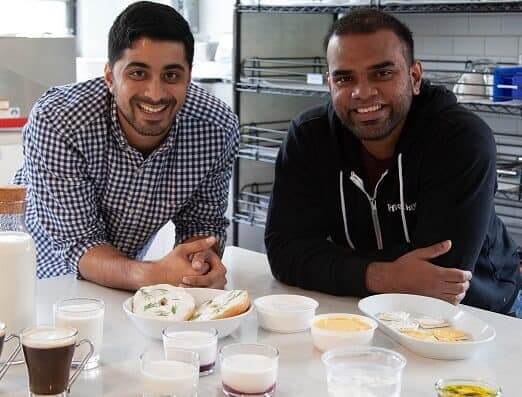 Alt-dairy pioneer Perfect Day announces it has acquired Sterling Biotech Limited (SBL) in India, whose state-of-the-art manufacturing facilities will double Perfect Day’s production capacity in the near term. In addition, India’s Food Safety and Standards Authority has approved the company’s application for its animal-free milk proteins, opening the door for commercialization in India.  By purchasing Sterling Biotech, Perfect Day says its production capability will double with the addition of four high-value manufacturing assets, including robust precision fermentation that will allow it to expand fermentation capacity in the coming months while continuing to serve existing SBL customers.  The facilities also are outfitted for other premium, pharmaceutical-grade ingredient production, including gelatin and dicalcium phosphate, which Perfect Day says is part of its mission to expand beyond animal-free … 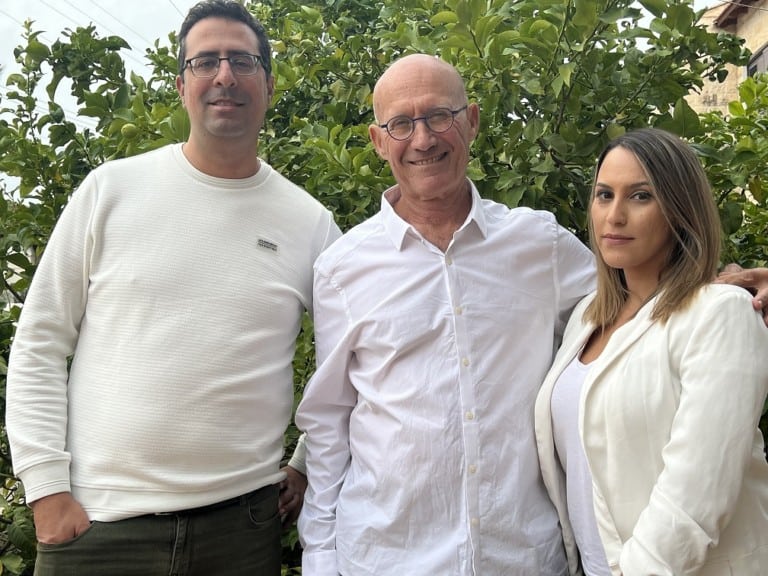 Israeli nutri-tech startup Novella has developed a platform to produce nutritious botanical ingredients without the need to grow the entire plant. The platform works by screening plant tissues to determine those with the highest concentrations of active ingredients, before using these tissues to form a cell culture that can be amplified in bioreactors. The result is a powdered product made of whole-cell plant tissues with an increased concentration of active ingredients. The cells are encased in a natural protective shell that prevents oxidation and assures bioavailability. Novella’s proprietary technology addresses the growing demand for nutraceuticals, while overcoming issues such as supply chain disruption, political instability, and climate fluctuations. It eliminates lengthy cultivation processes, the use of large amounts of agricultural land, and complex extraction processes … 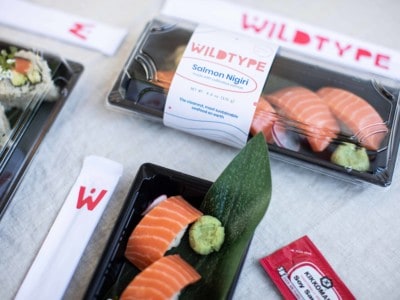 SK Inc., the investment arm of South Korea’s third-largest conglomerate SK Group, has announced a $7 million investment in US-based cultivated salmon producer Wildtype. The Korean firm explained that it is looking to increase its investments in companies with excellent environmental, social, and corporate governance credentials. The conglomerate also reveals that it is working to form a joint venture between Perfect Day and Korean dairy producer Maeli Dairies, with the intention that Maeli will manufacture, distribute, and sell products made with Perfect Day’s animal-free milk proteins. SK Chairman impressed by Wildtype visit “[Wildtype’s cultivated salmon] can dramatically reduce carbon dioxide emitted during the process of fishing, farming, and transportation, and protect the marine ecosystem that faces the risk of extinction with bycatch,” said Chey Tae-won, … 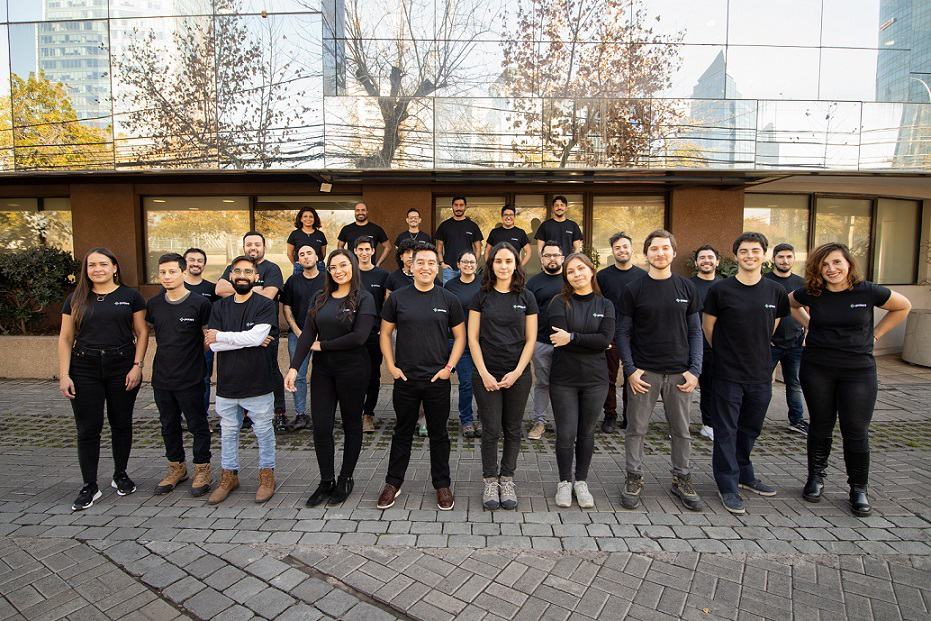 ICL Food Specialties of Israel has joined forces with Chile’s Protera Biosciences, an AI-driven food tech startup and designer of novel proteins used to develop precision fermented ingredients for food manufacturers. Protera closed a $10M Series A round last year, while ICL employs more than 12,500 people worldwide, and reported revenues in 2021 of around $7 billion.  Through the newly announced partnership, ICL and Protera will develop and commercialize sustainable protein-based ingredients using precision fermentation. These ingredients, according to the company, will “improve the sensory properties in plant-based food applications, while positively impacting the world’s food security challenges.” Deep-learning platform Protera’s AI tech, called madiTM, a deep-learning platform, can predict and match the structure and functionality of vegetable proteins. It designs proteins from a database … 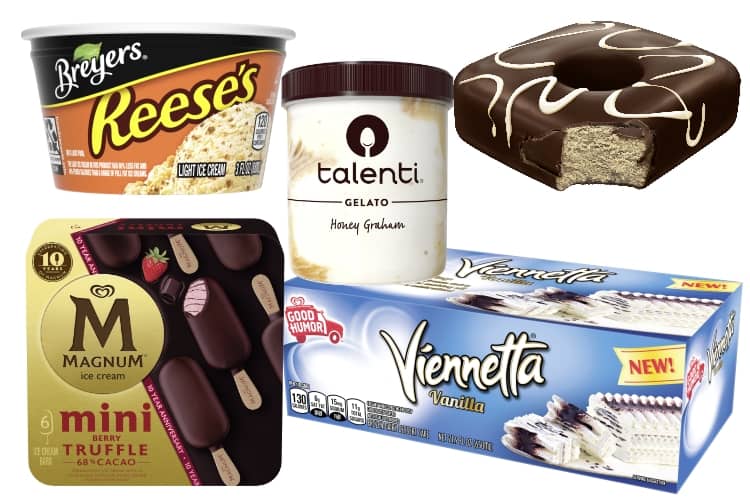 Multinational food giant Unilever reveals it is currently using precision fermentation techniques to develop its first animal-free dairy ice cream. The company might launch its first precision-fermented ice cream product sometime next year, reports Bloomberg.  Unilever is the world’s largest ice cream manufacturer and owns top-selling brands like Ben & Jerry’s, Breyers, Magnum, and Klondike.  Andy Sztehlo, Unilever’s head of research and development, says the company is working with several startups on animal-free versions of its ice cream, and if successful, would likely launch fermented dairy proteins in one of its major brands in 2023. He also noted he had recently tasted prototypes.  The entry into animal-free dairy is part of Unilever’s environmental stategy, which seeks to reduce the greenhouse gas emissions produced by its … 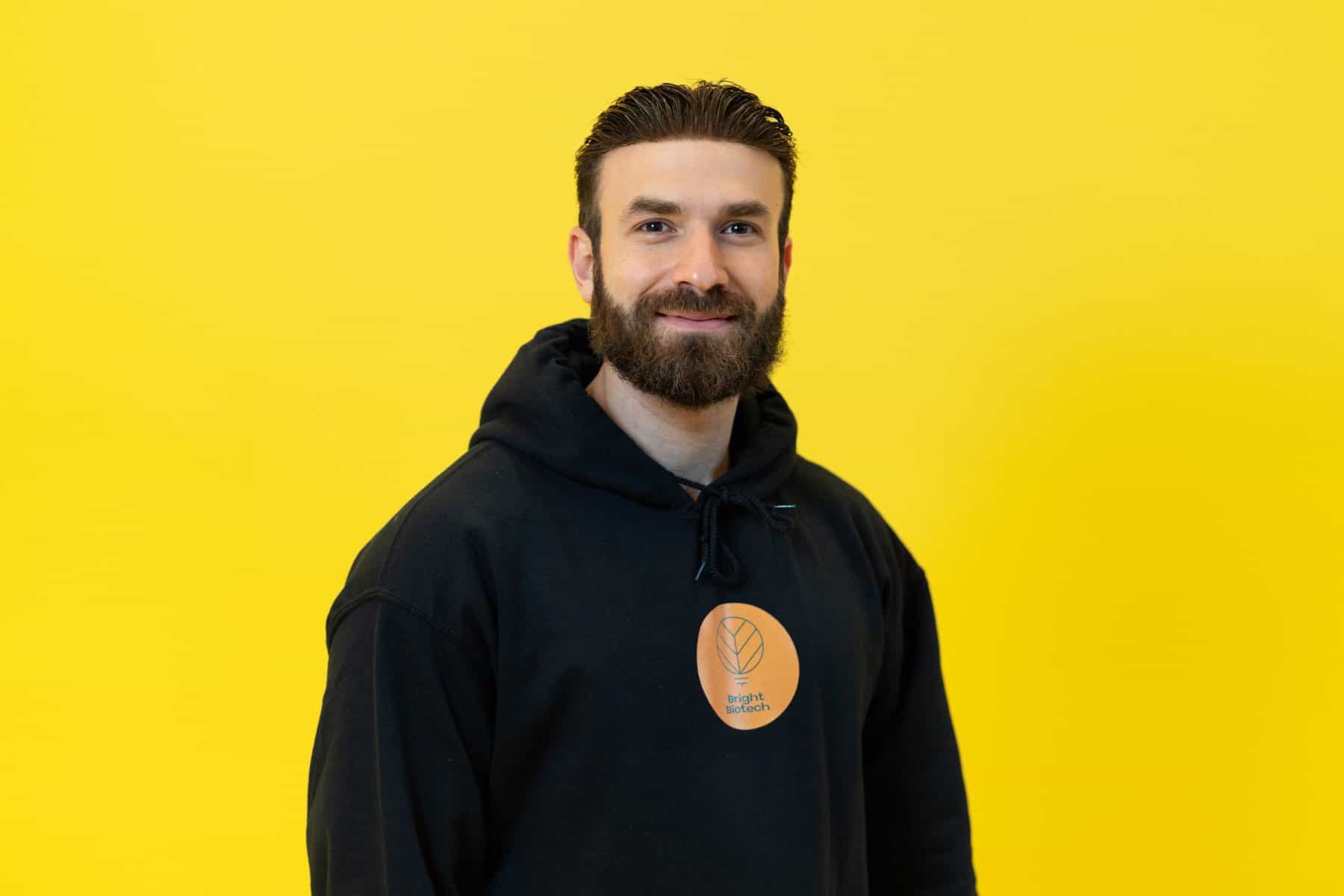 UK-based Bright Biotech has secured $3.2 million in funding in an oversubscribed seed round. The startup’s technology harnesses valuable proteins in the chloroplasts of plants that can help cultivated meat companies achieve industrial production affordably. More expensive than diamonds Growth factors make up at least 55% of the marginal cost of cultivated meat. According to Bright Biotech, astonishingly, growth factors can cost several million dollars per gram making them more expensive by weight than diamonds. As a solution to this bottleneck, the Manchester startup says it can manufacture and supply premium growth factors at minimal cost using proteins produced by plants, through an innovative technology that harnesses chloroplasts to express large amounts of high-value proteins with large yields. It adds that its chloroplast-based expression is light-driven, … 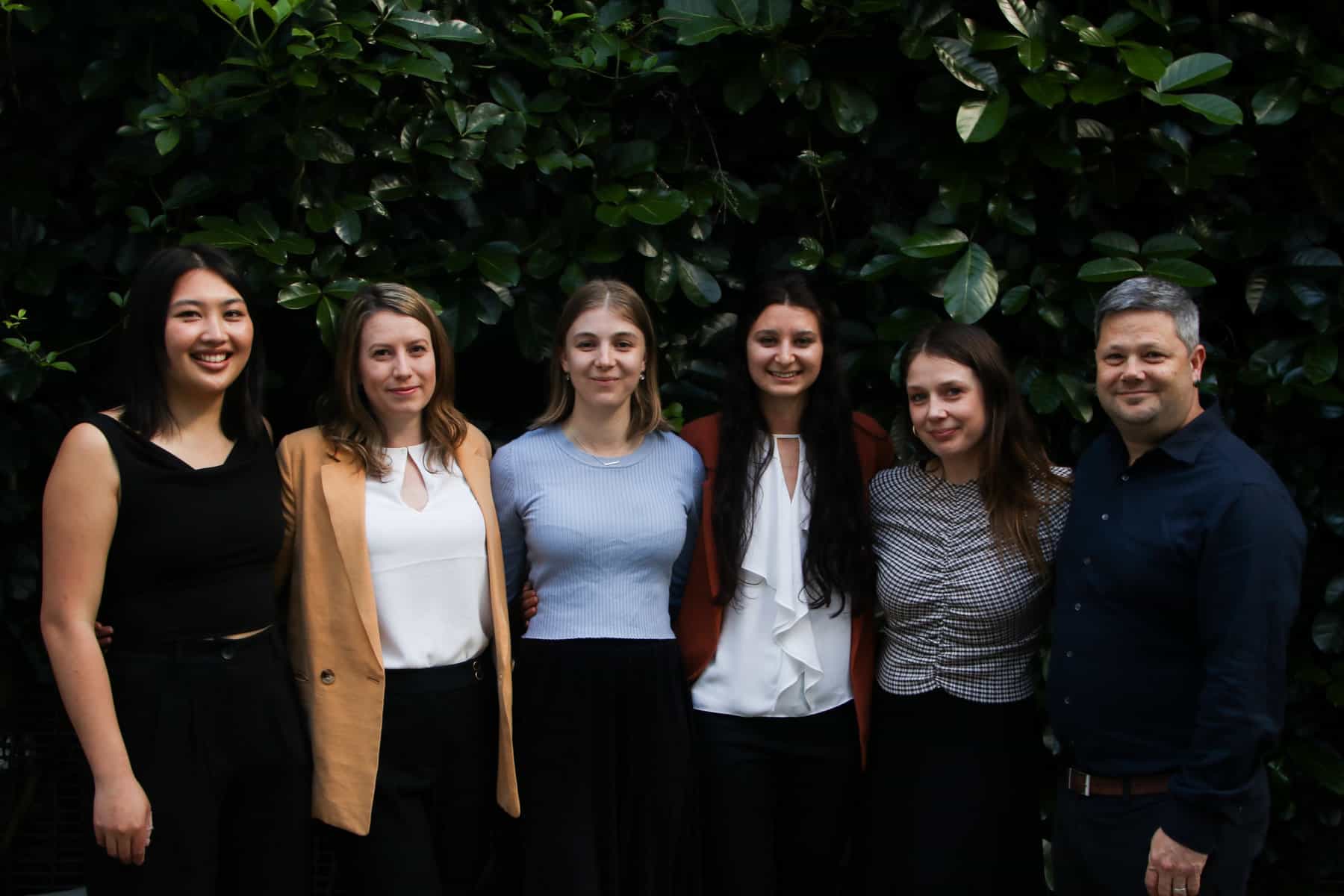 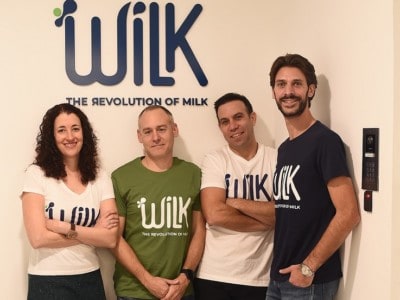 Israeli bio-foodtech company Wilk has developed what it claims is the first ever hybrid yogurt containing cultivated milk fats. The yogurt is said to have the same taste, texture, and nutritional profile as dairy yogurt. According to Wilk, milk fats significantly impact the properties of dairy products, meaning that cultivated fat could revolutionise the development of animal-free alternatives. Wilk says the new yogurt will serve as a concept product, helping to validate the company’s technology and future capabilities. It will also support Wilk’s efforts to develop cultivated human breast milk fat for use in infant formula, potentially replacing the vegetable fats currently used. Coco-Cola funding Last year, Wilk secured $2 million in funding from Coca-Cola Israel to accelerate the development of its cultivated milk components. … 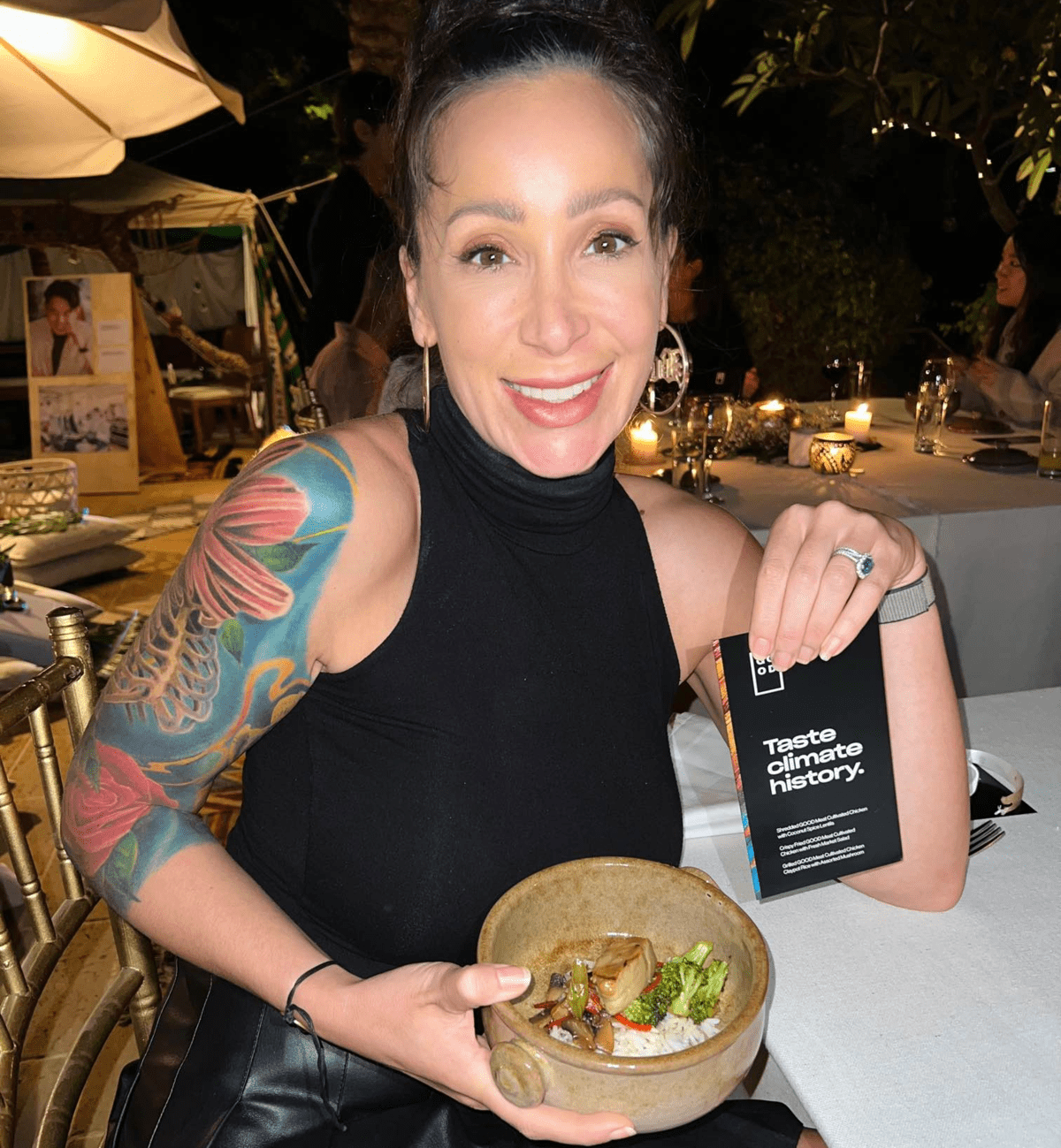 Jennifer Stojkovic is the founder of Vegan Women Summit, the author of The Future of Food is Female, and General Partner of Joyful Ventures.

Following this week’s groundbreaking news of UPSIDE Food receiving GRAS status for its cultivated chicken, marking the first time in the world that the FDA has given the green light to a cultivated meat product, industry leaders from the GFI, Stray Dog Capital, BioTech Foods, and Synthesis Capital here provide commentary on the significance of this historic development.   To recap: UPSIDE Foods has now successfully completed the FDA’s rigorous pre-market safety review for its cultivated chicken, demonstrating that it is as safe as conventional chicken. This historic milestone will pave the way for consumers to access these products in restaurants and retail across the country and ultimately across the world.   Seth Roberts, GFI The Good Food Institute Europe (GFI Europe) – the leading … 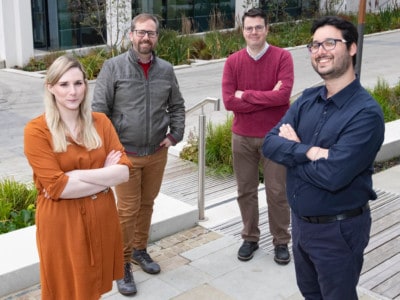 UK-based biotech company 3D Bio-Tissues (3DBT) announces the successful development of three small cultivated meat prototypes using its tissue templating platform, which creates structured, functional, and scalable tissues. The biotech company, focused on developing bio-equivalent tissues for clinical and cellular agriculture, said that this development differs from those of other cultivated meat producers since its process does not utilise scaffolding as structural support for cell attachment. Dr. Che Connon, 3DBT’s CEO, said: “We announce this exciting progress of creating small meat fillets a few centimetres in diameter to demonstrate how highly aligned muscle fibres can be brought together to create a recognisable meat structure.”       London’s BSF Enterprise acquired 3D Bio-Tissues in May of this year. Following the announcement, 3DBT said it was working to … 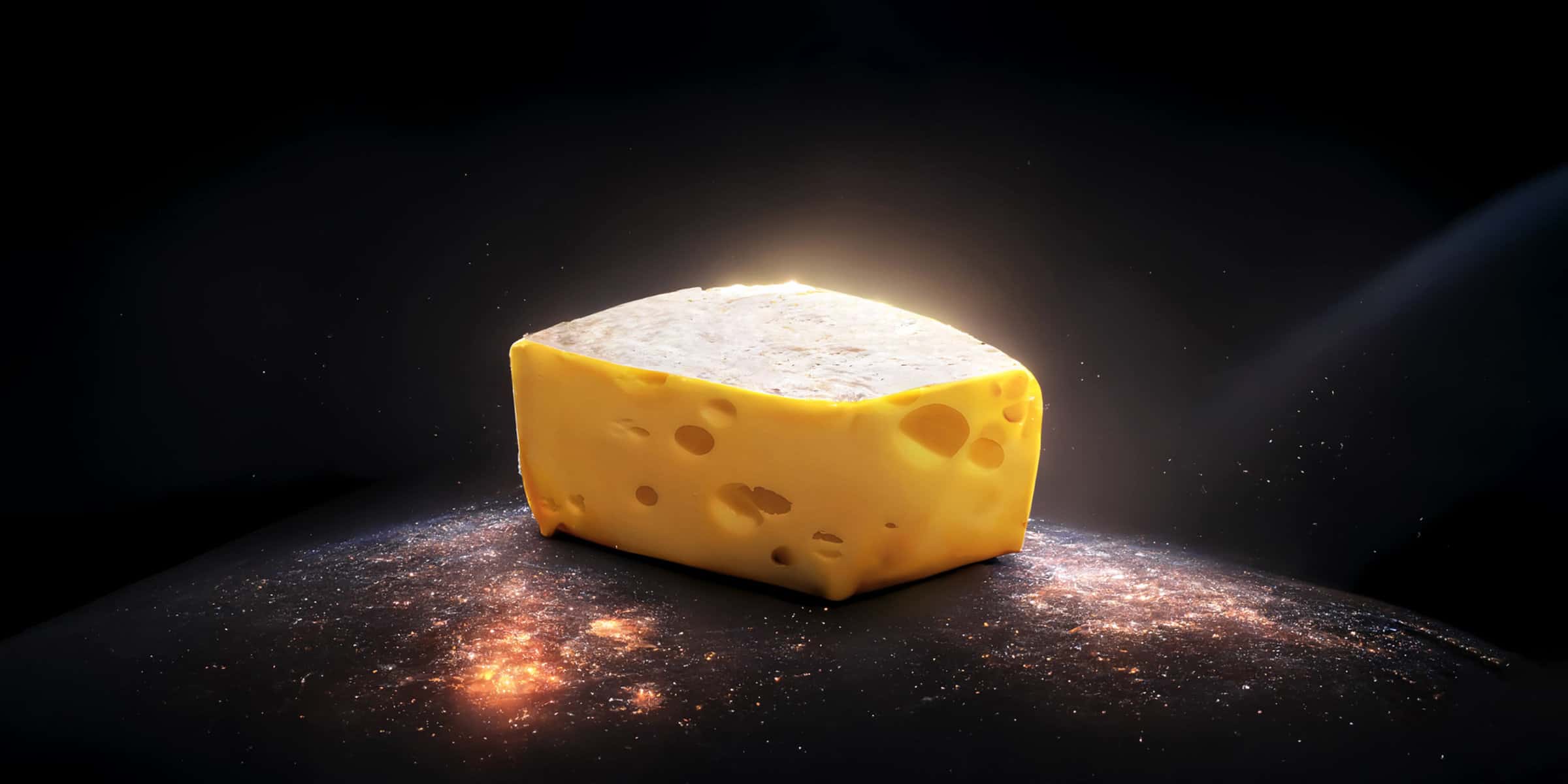 Fermify and Bilfinger Life Science have revealed that they are collaborating to address the issue of producing animal-free milk proteins on a large scale. Based in Austria, Fermify is developing an automated production platform for fermentation-derived casein. The company began working with Bilfinger — a plant engineering firm — with the aim of significantly reducing capital expenditure. Bilfinger’s main role is to build modular automated precision fermentation skids for the platform. According to Fermify, the collaboration has already reduced the cost of fermentation assets by three times, which will ultimately provide large-scale food companies with cost-effective in–house production of bioprocessed novel goods. The platform is aimed at companies with no biotech competencies of their own, such as dairy factories. Pre-seed funding In May, Fermify announced …

UPSIDE Foods, formerly known as Memphis Meats, just announced it has received approval from the US FDA for its cultivated chicken, marking the first time in the world a company has received a No Questions letter from the US FDA for cultivated meat, poultry, or seafood. “Before entering the U.S. Market, the food must meet other federal requirements,” states the FDA document, meaning that market entrance is not yet granted but is imminent. The products have been granted Generally Recognized as Safe (GRAS) status and once the FDA has obtained further evidence that the process is safe, it should issue a “no further questions” letter to the company. The move paves the way for the company’s path to market in the United States and brings … 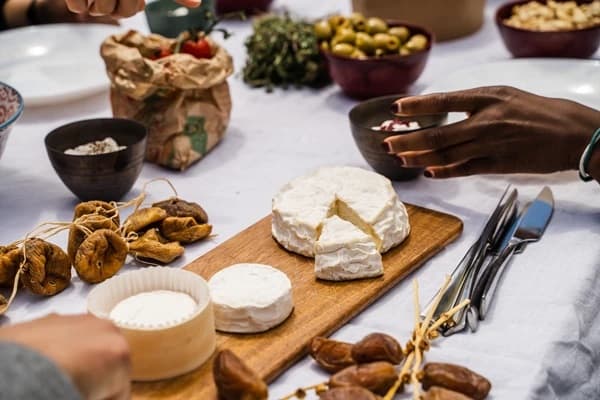 Following its acquisition of an equity stake in Standing Ovation this September, multinational cheese leader Bel Group, famous for iconic brands The Laughing Cow, Babybel, and Boursin, announces an exclusive partnership with the food tech startup to produce animal-free cheese. Based in Paris, Standing Ovation is a precision fermentation specialist that produces animal-free caseins – proteins necessary in cheesemaking – using microbes instead of cows. Microbial caseins are identical to those found in dairy milk, and Bel Group will use them to develop its alternative cheese offerings. Standing Ovation raised €12 million to produce its animal-free casein, in this September’s Series A round where Bel Group was the “undisclosed leading player in the food industry” at the time of our reporting. “Committed to future of …