Zero-waste leather manufacturer Zèta has partnered with Nespresso, an operating unit of the Nestlé Group, to create a sneaker collection made from upcycled coffee grounds. Founded in September 2020, the zero-waste fashion startup from Portugal started off as a footwear producer focused on sneakers made from recycled paper and organic grape waste. After receiving a message on LinkedIn in January 2021 from Nespresso CEO Guillaume Le Cunff, asking “What about coffee?”, Babin realised that there was no coffee leather commercially available on the market and was inspired to innovate a new coffee material that could be transformed into sneakers. Re:Ground Re:Ground, a limited-edition line of coffee sneakers by Zèta constructed from 80% recycled and repurposed materials, was inspired by the ideas of zero-waste, eco-design, and … Brooklyn-based vegan menswear brand Brave GentleMan has teamed up with sustainable material expert Natural Fiber Welding to launch a gender-neutral shoe collection made from the company’s iconic Mirum leather alternative. Setting new sustainability standards Launched in 2019, Natural Fiber Welding’s innovative Mirum leather alternative is described as a “categorically new, plant-based material” most suitable for applications in footwear, automotive, and accessories. Backed by car manufacturer BMW, the company has proven there is a place for leather alternatives entirely made from biodegradable ingredients in fashion. Natural Fiber Welding collaborated with luxury fashion brands in the past, including Germany’s Melinda Bucher for its plant-based handbags, however, the goal of the technology company is to commercialize its sustainable material solutions on a large scale, as it is the … South Korean fungi biomaterials startup Mycel, originally a spin-off of the Hyundai Motor Group, recently announced the completion of its $10 million pre-Series A funding round to commercialise its mycelium-based leather alternative in 2023. Mycel is utilising mycelium to create leather alternatives that may be used in automobile seats, high-end cosmetics, and fashion items like shoes, garments, and bags. The company’s website states its “mission is to stimulate the diverse imaginations of our customers through our technology, and together with our customers, make a huge move towards the transition to a sustainable renewable system,” and says it is “developing and testing new aesthetic designs/plans to diversify our portfolio of commercializable materials and products”. Hyundai Motor Group Since 2000, HMG has operated an internal venture system … London-based B-Corp Ananas Anam announces a new collaboration with fast-fashion giant ZARA featuring a range of sneakers, sandals, and accessories made from the company’s next-gen pineapple leather PIÑATEX® . Ananas Anam is convinced that “anything can be achieved as long as all actors in the fashion industry work together towards the same goal.” By providing what it claims to be the most sustainable plant-based alternative to leather commercially available at scale, PIÑATEX® is in an optimum position to partner with ZARA and other fashion brands to increase the plant–based componentry in their products and enhance overall sustainability. PIÑATEX® is the material of choice for hundreds of vegan and sustainable fashion brands around the world, including global lifestyle brands such as Nike, H&M, Hugo Boss, Paul Smith, … 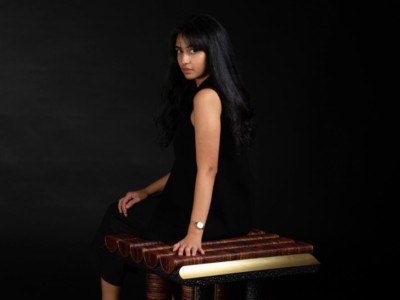 Leukeather is a vegan alternative to exotic leather, developed by UAE-based Egyptian architect Nuhayr Zein. The material is made from the dried pods of Leucaena, also known as river tamarind. Leucaena is a tree native to northern Central America and southern Mexico. It is fast-growing, requires little water, and is already present on many farms. To make the leather, farmers gather dried pods and supply them to Leukeather. The company then uses biotechnology to improve the suppleness and flexibility of the pods, creating a material that is naturally waterproof and plastic-free. Leukeather is said to be the only vegan leather that does not require embossing to obtain a leather-like texture, as the Leucaena pods give it a natural pattern. Exotic vegan leather A huge variety … Biomaterials innovator MycoWorks has announced the commercial launch of the first fashion items made with its flagship mycelium material, Reishi. The Reishi Collection by luxury hatmaker Nick Fouquet includes the Reishi Boletus, Coprinus, and Morchella hats, now available in limited runs on NickFouquet.com. Claiming to unlock new design possibilities for brands, MycoWorks’ biotechnology engineers mycelium – the infinitely renewable root structure of mushrooms – as it grows to designers’ exact specifications for hand feel, texture, strength, and functionality. The result, Reishi, is a luxury, natural material that the company claims can match the performance of the highest quality animal leathers with far lower environmental impact. The San Francisco-based biomaterials company recently announced it had raised $125 million to open a full-scale mushroom leather production plant. … Veshin – a Chinese factory that produces fashion accessories for sustainable brands around the world, announces a partnership with Natural Fiber Welding (NFW) to create products made with the company’s leather alternative, Mirum. As part of the partnership, a team of expert designers and craftspeople with decades of experience will help brands source, design, scale, and launch products made with Mirum. The leather alternative is a high-performance, plastic-free material which is rapidly gaining popularity in the luxury accessory industry, having been used by brands such as Germany’s Melina Bucher. Plastic-free alt leather “Many ‘vegan leathers’ are marketed as ‘plant-based,’ but they also contain plastics like polyurethane. NFW believes ‘vegan’ should mean ‘plants’, not ‘plastic’,” Natural Fiber Welding told vegconomist in 2019. Veshin founder, Joey Pringle, … 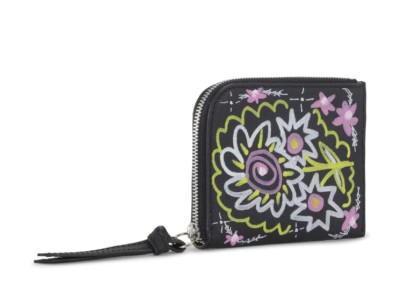 Denmark’s GANNI has launched a range of saddlebags and wallets made with Bolt Threads’ Mylo™ mushroom leather. The launch is part of GANNI’s commitment to phase out virgin animal leather by 2023. Previously, GANNI had struggled to find a leather alternative that was plastic-free and did not compromise on quality. But following rigorous testing, the company has determined that Mylo meets its standards for performance and durability. The new products have a black exterior, plus a green and black lining with a mushroom-inspired print. They will be exhibited at Copenhagen’s Global Fashion Summit on June 7-8, and will soon be available to purchase at GANNI’s flagship store in the city. The brand hopes to launch more products made with Mylo in the first quarter of … German startup Revoltech announces it has closed a seven-figure seed round for leather substitute LOVR, made of hemp fibres from the leftover residues of CBD products. The funds will bring the 100% biodegradable, plastic-free and climate-neutral material to market. LOVR stands for “leather-like-without plastic-vegan-residue-based” and was developed with the goal of transforming the leather industry by introducing a truly sustainable material made from agricultural waste. Its production is based on the principles of the circular economy and does not involve the use of chemicals. Revoltech, founded in 2021 by Lucas Fuhrmann, Julian Mushövel and Montgomery Wagner, has signed a joint investment agreement with b.value AG, BMH Beteiligungs-Managementgesellschaft Hessen mbH and HEAG. The seven-figure seed investment will be used to develop operations and expand production of … The patented French material CORKonLINEN was produced after more than a year and a half of research and development by RTFACT BRANDS, composed of only three elements: Portuguese cork, French linen and a water-based glue. “We started in 2019 with the idea of replacing the cotton used in our bags and fabrics with linen. As you may know, we always need a textile under the cork to produce a fabric from it,” states the French team. “The idea was to use linen instead of cotton. Why? Because in France there is no cotton but France is the biggest producer of linen. In addition, cotton (even organic) uses a lot of water, pesticides and fertilizers.” According to RTFACT BRANDS, “CORKonLINEN is currently THE ONLY material with … Luxury giant Kering has backed VitroLabs, a San Francisco startup developing cell-cultivated leather. The French fashion company, whose brands include Gucci and Saint Laurent, has participated in a $46 million funding round to accelerate VitroLabs’ commercialization. The Series A funding was led by Agronomics, the UK cellular agriculture investment group headed by billionaire philanthropist Jim Mellon, and also received funding from environmentalist Leonardo DiCaprio amongst others. VitroLabs is a Bay-Area-based biotech company leading the development of a new scientific process to grow what it claims is the world’s first cellular cultivated animal leather. The funds will be used to accelerate commercialization for the biotech startup, including the building and scaling of pilot production. Global luxury group Kering, with assets of over €27 billion, will continue … Fashion house Stella McCartney has announced that the Frayme Mylo, said to be the first ever luxury bag made with Mylo mushroom leather, will launch commercially later this year. The bag was first showcased last October at Paris Fashion Week, and is based on the design of Stella McCartney’s classic Falabella bag. The material used, Mylo, is a leather alternative made by material solutions company Bolt Threads using mycelium (the root structure of mushrooms). Mushroom-inspired summer collection Stella McCartney also recently unveiled an entire collection inspired by mushrooms. The Spring/Summer 2022 collection features a combination of bright and earthy tones, with embellishments such as pleats and cutouts. While most of the garments are vegan, some use silk, though the brand has announced plans to switch … As the world of vegan leather and biomaterials continues to expand and flourish, there is ongoing debate as to whether these fabrics truly compare to animal leather in quality and how they impact the environment.   NOIRANCA is a new handbag and accessories brand determined to settle this controversy by bringing unrivaled excellence and eco-transparency to vegan leather. Encouraging consumers to “buy less and enjoy longer”, the brand uses PETA-approved fabric to craft luxury handbags it says are 40% more durable than conventional leather.  Uniqueness and empowerment Launched in 2021, NOIRANCA (a combination of the words “noir” and “bianca”) first debuted a handbag line in five styles inspired by iconic and powerful women such as Deborah Harry, Alice Neel, Grace Jones and Patti Smith. The company’s …