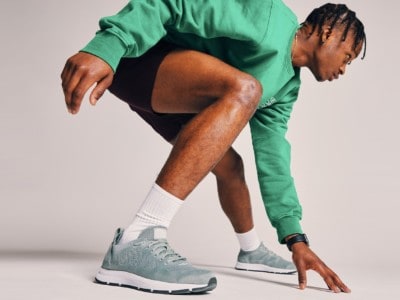 UK-based shoe startup Hylo has secured £2.5 million ($3.2 million) in a Series A funding round for low carbon, vegan sports shoes which are sold DTC to consumers in the UK and USA. According to Hylo, its vegan-friendly sneakers have a 52% lower carbon footprint than regular running shoes. The sneakers are made entirely with renewable, recyclable ingredients such as natural rubber, cotton, algae, and corn fibre. Hylo was co-founded by Michael Doughty — a former professional soccer player who played for Queens Park Rangers and Swindon — alongside Jacob Green and John Prescott. The round was led by Eka Ventures with participation from Redrice Ventures and angel investors including England footballer Patrick Bamford, and the fresh funds will be invested in the development of … 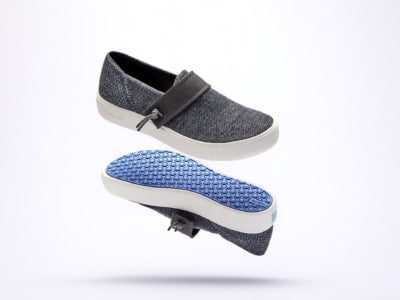 BLUEVIEW, a new sustainable footwear brand, today launched what it says is the world’s first-to-market fully biodegradable shoe. The brand’s first release, the BLUEVIEW Pacific sneaker, is constructed with innovative Soleic® and PlantKnitTM plant-based materials, and is available for pre-order on BLUEVIEW’s website at a price of $135. Committed to transitioning the world to bio-based materials, BLUEVIEW says the brand is revolutionizing the footwear industry by replacing petroleum plastics with plastics made sustainably from plants. Its shoes utilize only eco-conscious, vegan materials that provide exceptional comfort and durability. Two cutting-edge materials BLUEVIEW’s proprietary Soleic and PlantKnit materials required six years of research and development. Soleic is the world’s first high-quality, renewable and biodegradable polyurethane foam, and provides the shoes’ sole and cushioned arch support. PlantKnit, … 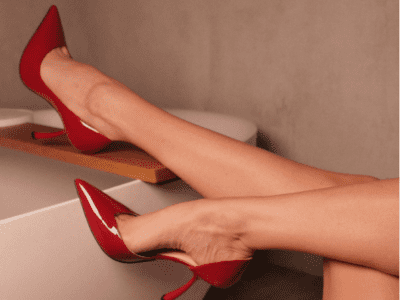 Italian shoe designer Alfredo Piferi is expanding his groundbreaking line of luxury vegan shoes in America. First launched in 2020, Piferi’s namesake brand is renowned for creating stylish women’s shoes using exclusively vegan materials, reports Footwear News. Piferi – a former head designer for Jimmy Choo and Burberry – says his animal-free materials actually outperform traditional leather by not creasing or stretching easily, while the ultrathin rubber soles are less slippery and more durable than leather soles.  Piferi’s first collection debuted in Milan in early 2020, and despite the worldwide pandemic, successfully took hold in multiple high-end markets. In the US, Piferi’s line can be found in Neiman Marcus’ retail and online stores, as well as on Bergdorf Goodman’s website. The designer says the city …

Puma has announced a new PUMA KING model made exclusively from animal-free materials, the King Plantinum 21 Vegan. The new boot maintains the signature style, feel and comfort of the King model, but adds a special twist to the football icon, according to the brand. The KING Plantinum 21 Vegan is aimed at players looking for animal-free products and features KINGForm technology, a structure that fuses with the vegan leather upper in key contact areas to provide superior feel and responsiveness. The PEBA outsole is made without the use of any animal-based adhesives, with all prints on the boot using only vegan pigments. The process since the first idea was born has been two years in which the biggest challenge, according to Florian Nemetz, director … 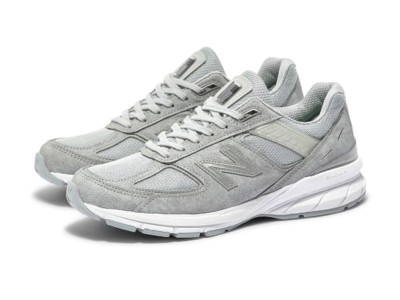 US company New Balance unveils vegan version of 990v5 shoe, featuring animal-free suede and leather. Sportswear brand New Balance has launched the first ever animal-free version of its classic 990v5 sneaker. Pigskin suede has been replaced with vegan leather and plastic overlays to make the shoes cruelty-free. The sneaker looks very similar to the original 990v5, with the same greyscale palate. However, it also features a green and white V logo on the heel. The 990v5 Vegan will officially launch on January 21, retailing at $297. Initially, it will be available via an online raffle draw. Vegan sneakers Several shoe brands have recently launched vegan versions of their classic silhouettes. These include Adidas with its Clean Classics line, and Stella McCartney’s vegan Eclypse sneakers. New …

British athletic wear company Reebok, a subsidiary of Adidas, has announced it will be launching the Nano X1 Vegan in the US. The shoe is an animal-free version of one of its most popular designs. 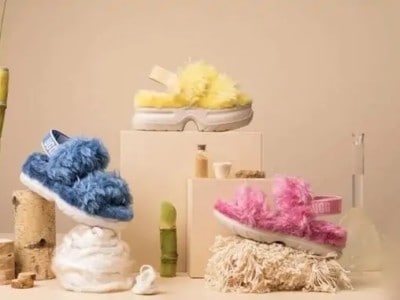 Despite, or perhaps in response to, its controversial, historical association with the animal cruelty involved in the making of its famous, sheepskin boots, UGG is attempting to join the vegan wave, describing its new Plant Power collection as “new styles with climate neutral, plant-based materials.” Whilst some vegans might use the term “greenwashing” for such moves, the move to increase plantbased materials can only be welcomed, even if they won’t do so until 2027. 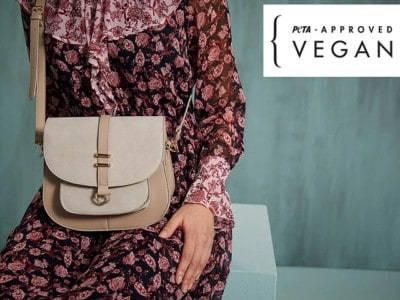 Budget fashion company bonprix is moving with the times: 75% of the own-brand range of shoes and 95 percent of the bags at bonprix have been certified as vegan by PETA. Based on sales figures in 2020, the fashion retailer estimates to sell over 2 million pairs of {PETA-Approved-Vegan} shoes this year and thus also contribute to further establishing the certificate in the market. 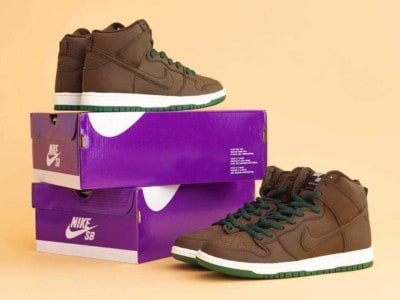 Nike has launched a vegan and leather-free version of its SB Dunk skate shoes. Known as “Baroque Brown”, the shoes have the classic SB Dunk silhouette with a nature-themed brown and green colour scheme. 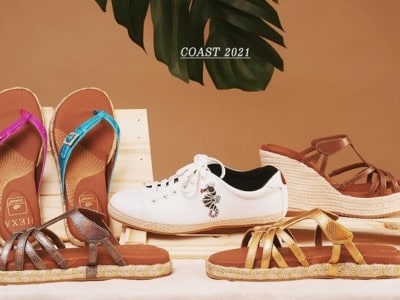 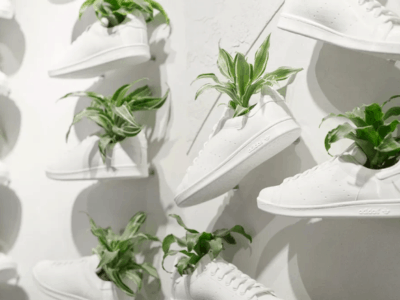 Adidas has revealed it is working on vegan shoes made from a biodegradable fungi-based leather alternative. To develop the shoes, it has partnered with Bolt Threads, the biotech company that produces the leather.

The new plant-based “POZ” sneaker, developed by Po-Zu‘s sustainable footwear experts, is set to be one of the first shoes on the UK market to successfully use cactus leather and combine it with other natural, plant-based materials to create a comfortable, lightweight and stylish sneaker. 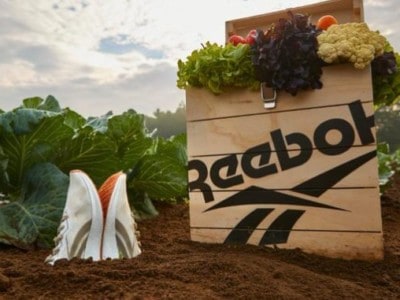 Reebok will launch a new plant-based running shoe in cooperation with Siena Farms from early October. The company had already announced the shoe in December 2019 and has now published a fixed date for the launch. The new sports shoes are called ‘Forever Floatride GLOW’ and are apparently part of its sustainability strategy. 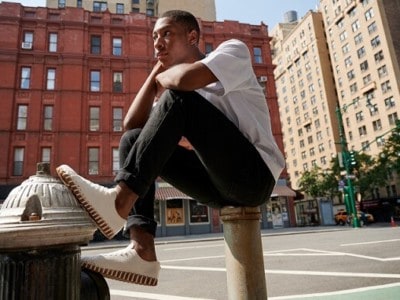 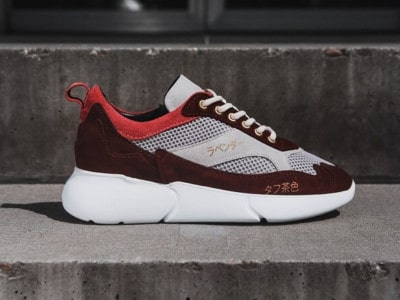