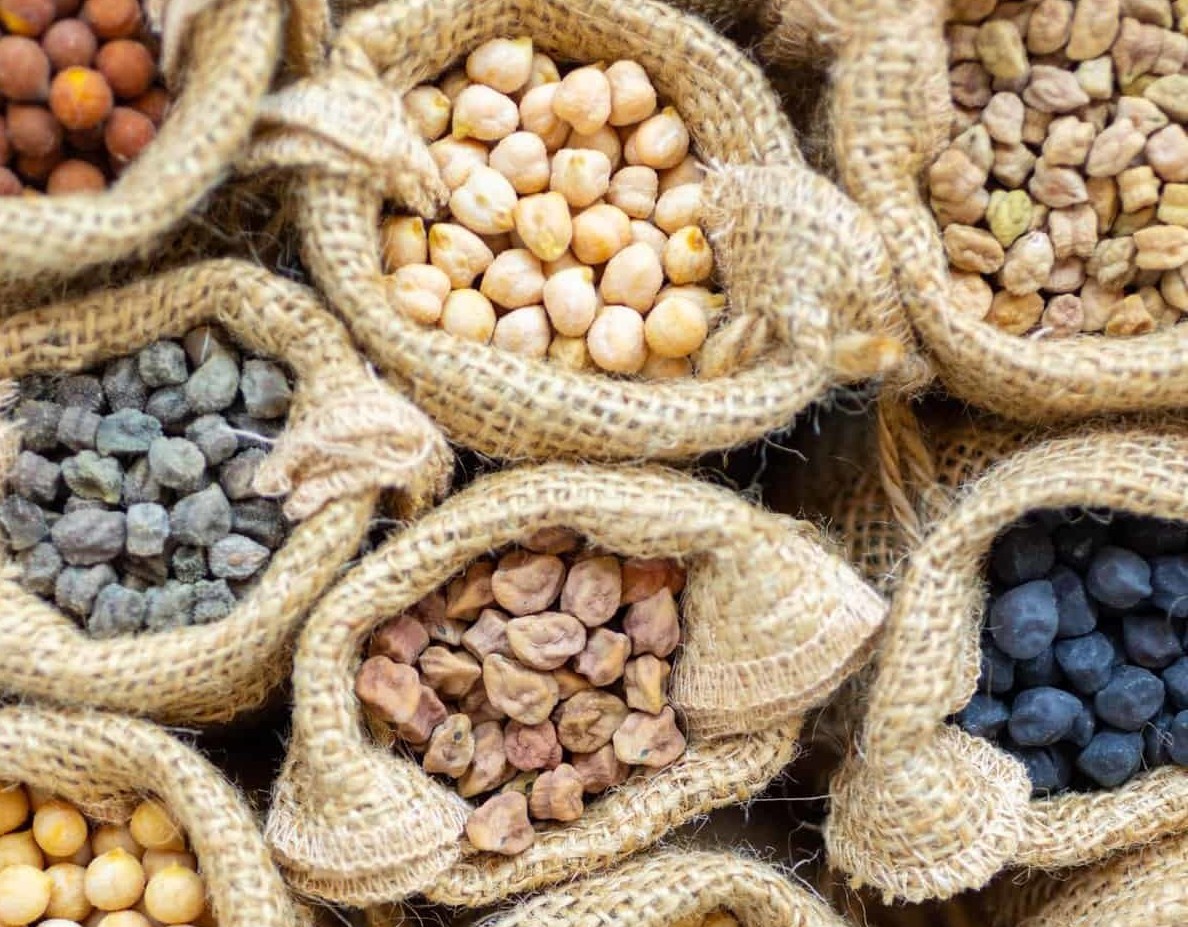 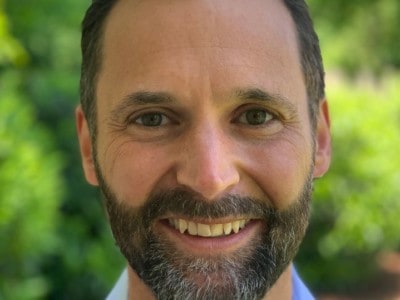 Scotland’s Roslin Technologies has raised £11 million in a Series A funding round, fuelling its mission to become the leading provider of animal cell lines for use in cultivated meat. The round was led by life sciences investor Novo Holdings. Roslin is notable for being the only commercial supplier of pluripotent stem cells, which can self-renew infinitely and grow into numerous types of animal tissue. The company already supplies customers in North America, Europe, Asia, and the Middle East. With the help of the funding, Roslin will expand its cell line portfolio and further develop protocols to scale up its cells into cost-competitive biomass for meat production. Accelerating development In the summer of 2021, Roslin appointed new CEO Ernst van Orsouw in order to begin … 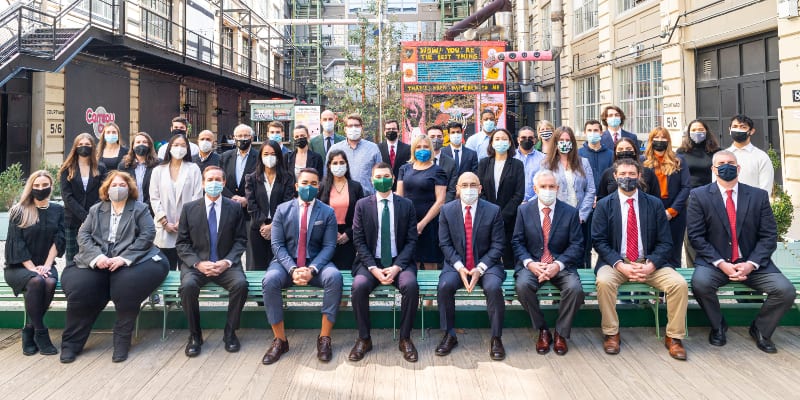 Brooklyn biotech company Cresilon announced it has completed a successful Series A-4 financing round to bring its proprietary hemostatic gel technology, VETIGEL, to the human health market.  Created entirely from plant-based polymers, VETIGEL is a hemostatic medical device that controls bleeding on contact, with no need to apply manual pressure. The gel has a wide variety of applications in veterinary medicine, including emergency care and surgical procedures. According to co-founder Joe Landolina, the gel essentially serves as a liquid band-aid, and using plant-derived materials allowed the product to be safer and more biocompatible, with fewer side effects. Cresilon plans to use the Series A funding to increase production capacity at its 25,000 sq. ft. biomanufacturing facility in Brooklyn, expand on VETIGEL’s successful launch, and “aggressively” … 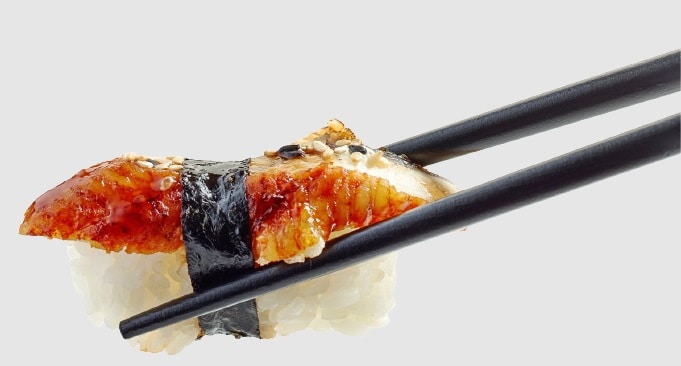 Israel’s Forsea Foods, which claims to be the first startup to use organoid technology for its cultivated seafood process, has raised $5.2 million in a seed round led by Berlin-based Target Global. The new funding will accelerate R&D for cultivating eel meat, the company’s first targeted species, and the development of other fish. Forsea explains it has plans to inaugurate a pilot plant in 2023, allowing the company to create a preliminary design for a large-scale alpha production system and launch its first products. Non-GMO organoid technology According to Forsea, the company has developed a non-GMO organoid technology platform in which eel meat is grown ex vivo as a three-dimensional tissue structure without requiring the scaffolding stage. Forsea highlights that its organoid platform requires fewer bioreactors and growth … 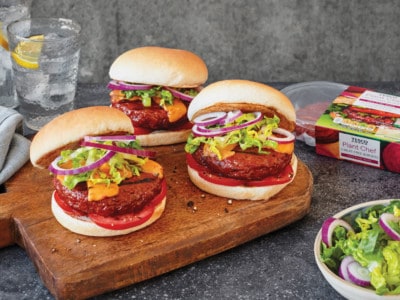 A report by the FAIRR investor network has found that retailers are increasingly developing more affordable alt protein products, meeting consumer demand while working towards their own climate goals. Figures are based on FAIRR’s Sustainable Protein engagement, which is supported by 84 investors and engages with 23 companies. Several of these companies have recently launched affordable plant-based options —- for example, Tesco’s Plant Chef range is 11.6% cheaper than comparable own-brand meat products, while Walmart now offers plant-based products as part of its Great Value brand. Investments in alt proteins reached $1.7 billion in the first half of this year, a rise of 2% since the same period in 2021. Alt proteins are now expected to represent 10-45% of the global protein market by 2035, … 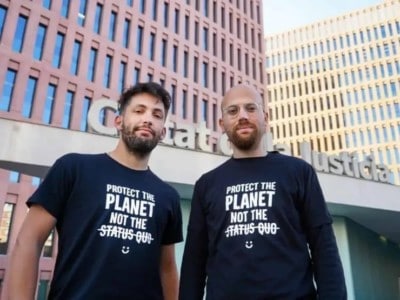 Leading Spanish alt-meat brand Heura has raised €20 million in funding as it works to become the European plant-based leader by 2027. The raise includes the issuing of convertible notes, which will lead to equity in what is expected to be one of Europe’s largest alt protein Series B rounds next year. Investors include Unovis Asset Management, the NBA’s Ricky Rubio, footballers Sergio Busquets and Sergi Roberto, and comedian David Broncano. Heura will use the funding to expand into more European countries such as Austria, Germany, Switzerland, and the Netherlands, along with increasing its presence in existing markets like France, Italy, and the UK. Driving category growth The raise comes after Heura secured over €4 million in just 12 hours earlier this year, as part … 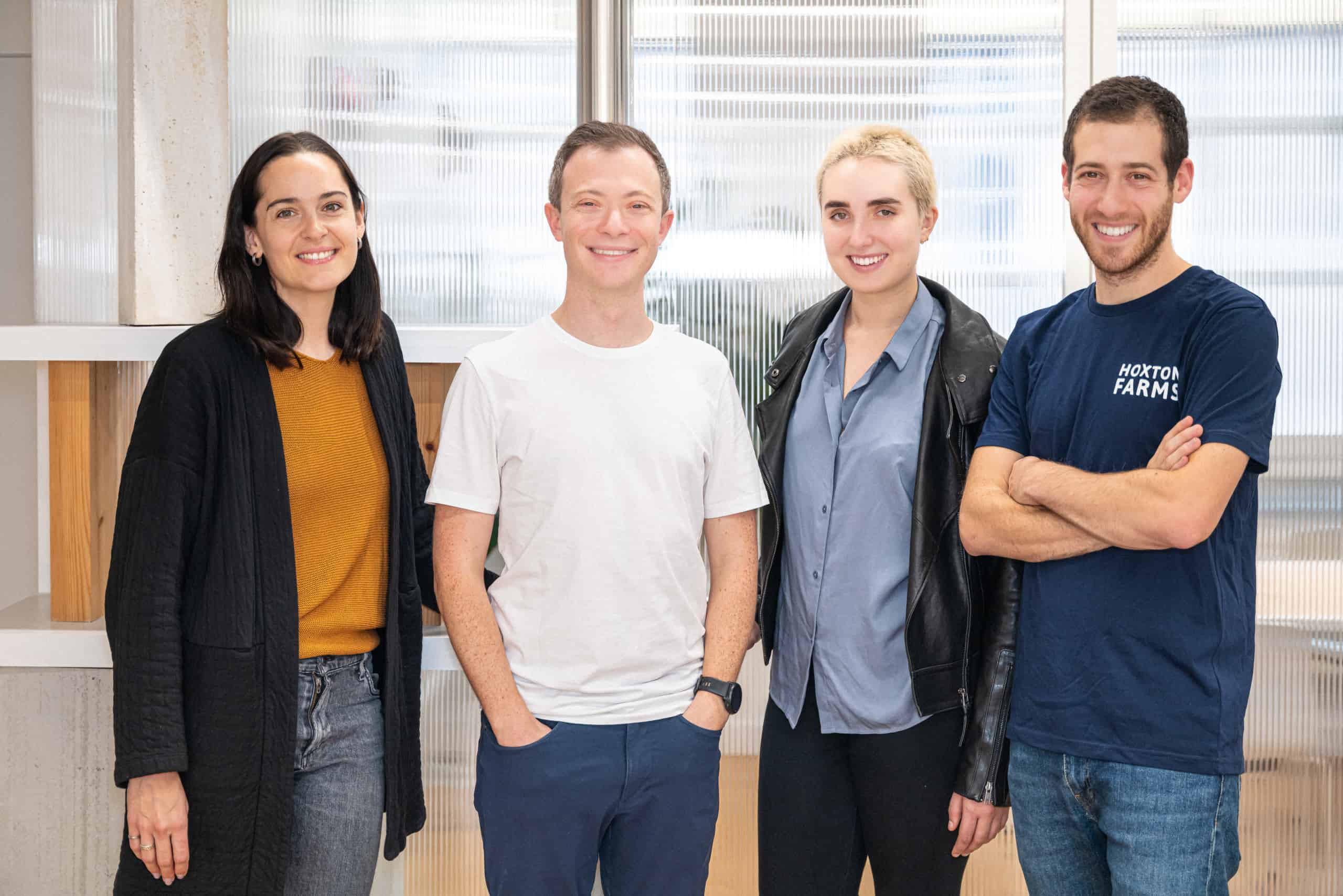 Hoxton Farms, a cultivated fat company based in London, UK, has raised $22 million in its Series A funding round. The round was led by Collaborative Fund, an early backer of Impossible Foods and Beyond Meat, along with Fine Structure Ventures. Other participants included AgFunder and Sustainable Food Ventures. Hoxton will use the funding to build a 13,000-square-foot cultivated fat pilot facility in Shoreditch, East London. The company is optimistic about achieving regulatory approval, which will allow its fats to be used commercially as an ingredient in meat alternatives. The cultivated fats are produced with the help of a computational platform that uses machine learning and mathematical modelling. The platform develops proprietary bioreactors and animal-free culture media, allowing for more efficient and affordable production. “Bringing … 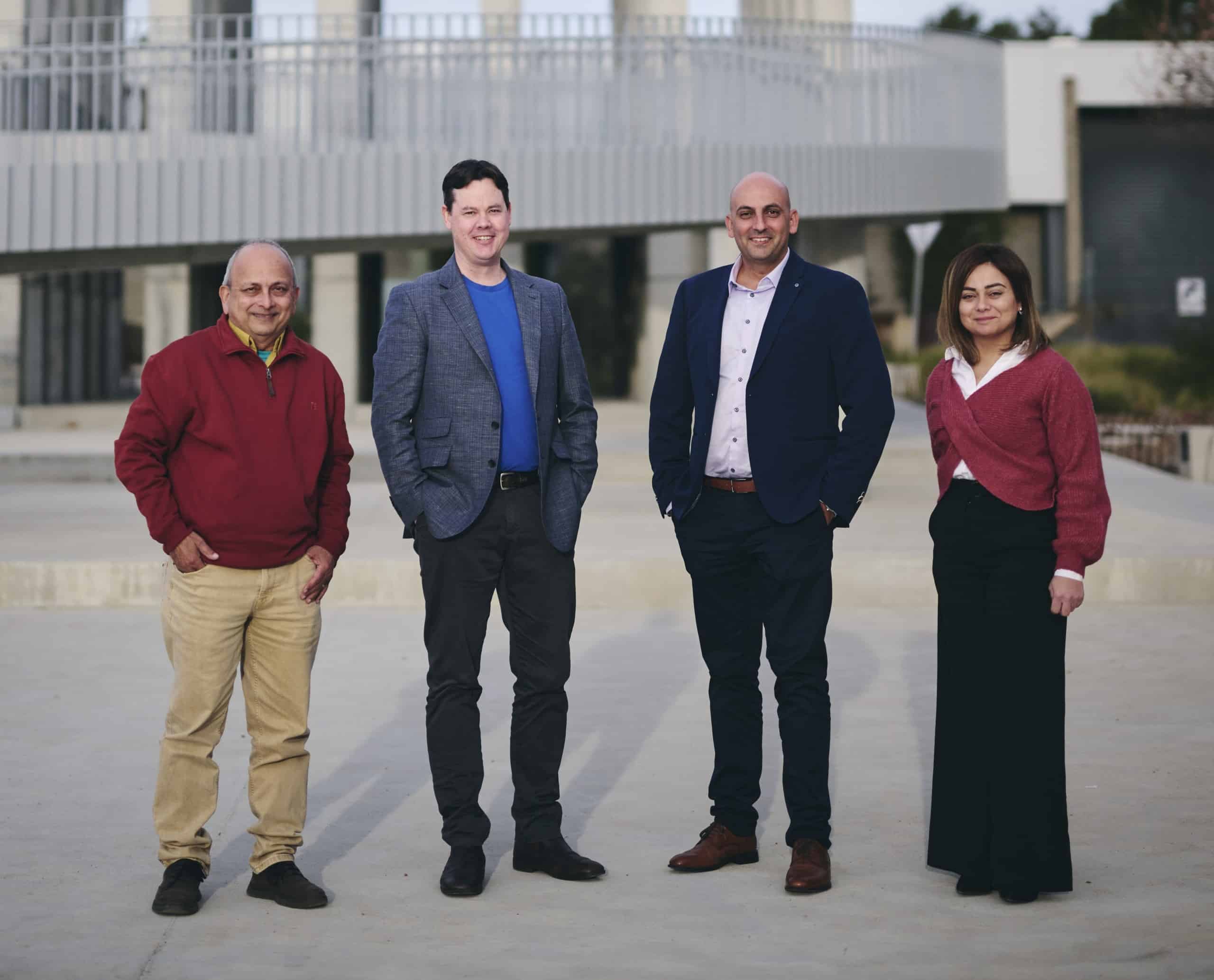 Australian food tech company Nourish Ingredients has raised $28.6 million USD in Series A funding. The round was led by Horizons Ventures, with support from MainSequence Ventures and Hostplus. Nourish uses precision fermentation to produce fats identical to those found in animal products. Founders Dr. James Petrie and Dr. Benjamin Leita believe that replicating animal fats is a vital step in convincing meat lovers to transition to alt proteins. The new funding will be used to scale production and extend product development. In part, this will be done via partnerships with leading institutions worldwide, including The University of California Riverside (UCR), Australia’s national science agency CSIRO, the University of Nottingham, UK, and Deakin University. Fattening up plant-based food Previously, Nourish raised $11 million in a … 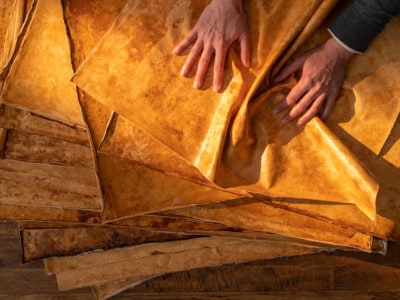 MycoWorks and General Motors have announced a partnership to co-develop Fine Mycelium™ materials for use in automotive design. As part of the collaboration, General Motors’ investment arm GM Ventures will provide funding to MycoWorks. Fine Mycelium technology uses the root structure of mushrooms to develop natural, sustainable, and customisable leather alternatives. According to MycoWorks, these match the performance of animal leather, providing high strength at low thicknesses. This is MycoWorks’ first entry into the automotive space. It is hoped that the leather alternatives could eventually support GM’s goal of achieving zero emissions. Fashion collaborations MycoWorks’ previous collaborations have all been focused on the fashion industry. Earlier this year, the company partnered with hatmaker Nick Fouquet for a collection of hats made with its flagship Reishi … 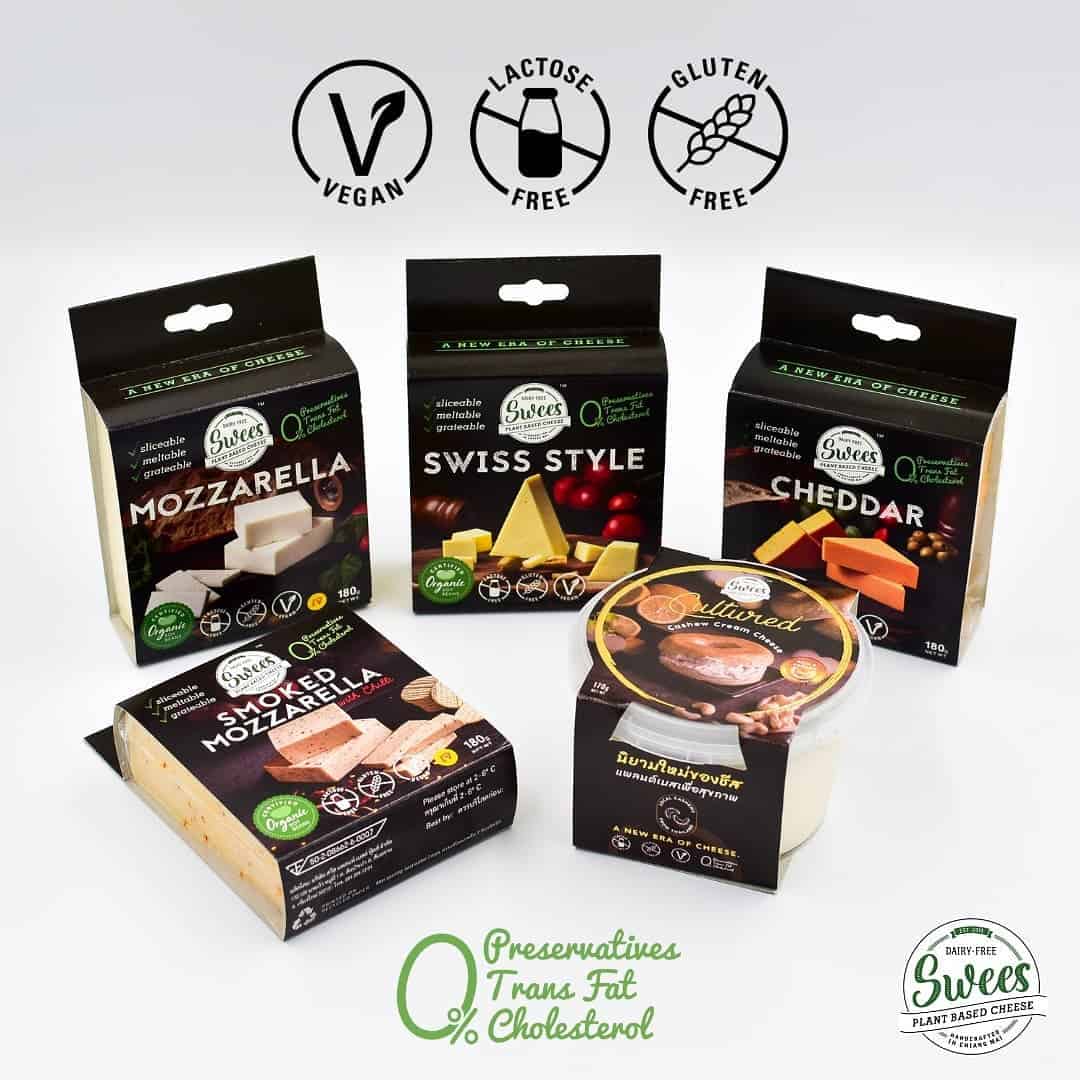 Thai vegan cheese startup Swees has announced it will soon open what it claims is Thailand’s first fully vegan cheese factory. The Chiang Mai-based company has also revealed it is preparing for a seed funding round, which will launch on November 1. The new facility will open in early 2023, enabling higher production volumes that will allow Swees to expand into the local market and initiate its first product exports in the APAC region. “The opening of the plant-based cheese factory in Thailand is historical in all ramifications, as it is designed as a sustainable new production facility to produce vegan cheese for Thailand and save the environment. Studies reveal that plant-based cheese releases 80% fewer CO2 emissions compared to dairy cheese,” said founder Nicolas … 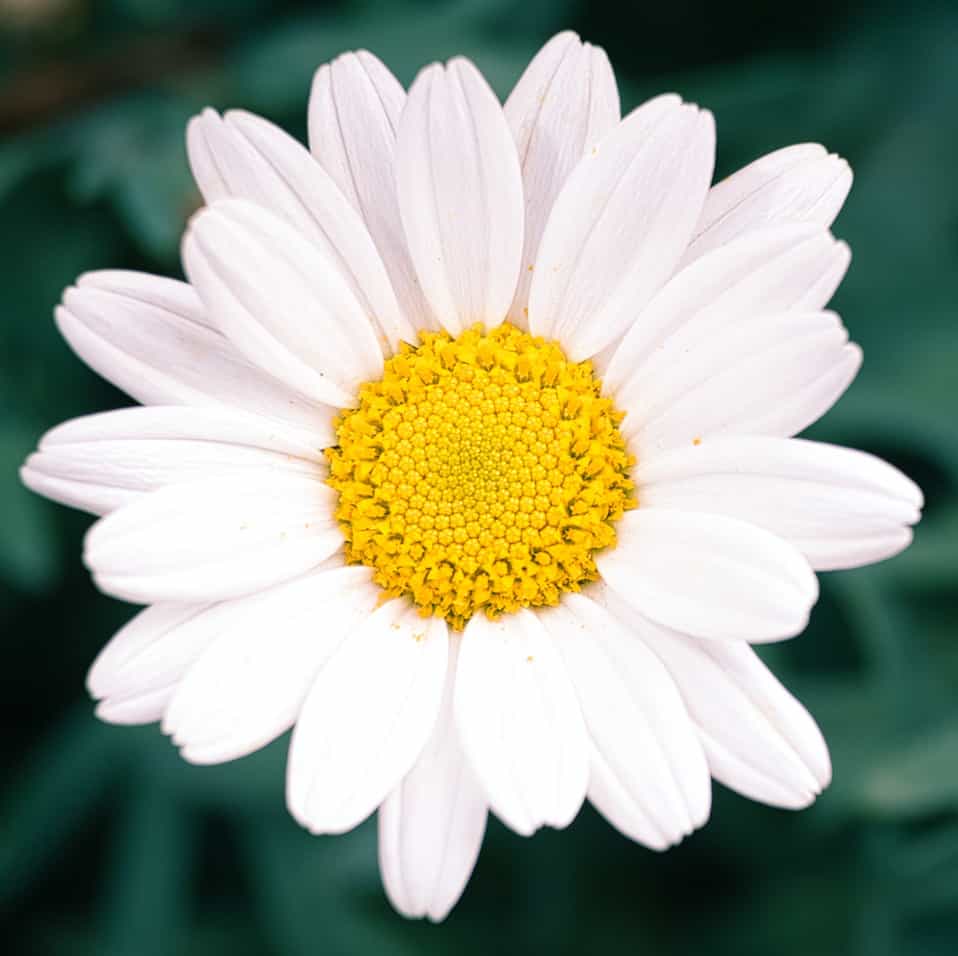 Daisy Lab, a New Zealand food tech startup developing proteins using precision fermentation, announces a $1.5 million seed round to scale up the company’s microbial whey protein production. The startup’s goal is to complete the round before the end of the year. Daisy Lab has recently made groundbreaking discoveries, establishing three whey protein expression systems –one of them with full IP rights– to produce whey proteins using microbial hosts, the startup explains. Irina Miller, Daisy Lab’s cofounder and CEO, believes that “if the seed target is met, we will have whey-based products by mid-2023, ahead of what we have previously anticipated.” Scaling whey proteins for dairy products Daisy Lab has been experimenting with microbes to produce dairy proteins since 2021. This year, the startup received … 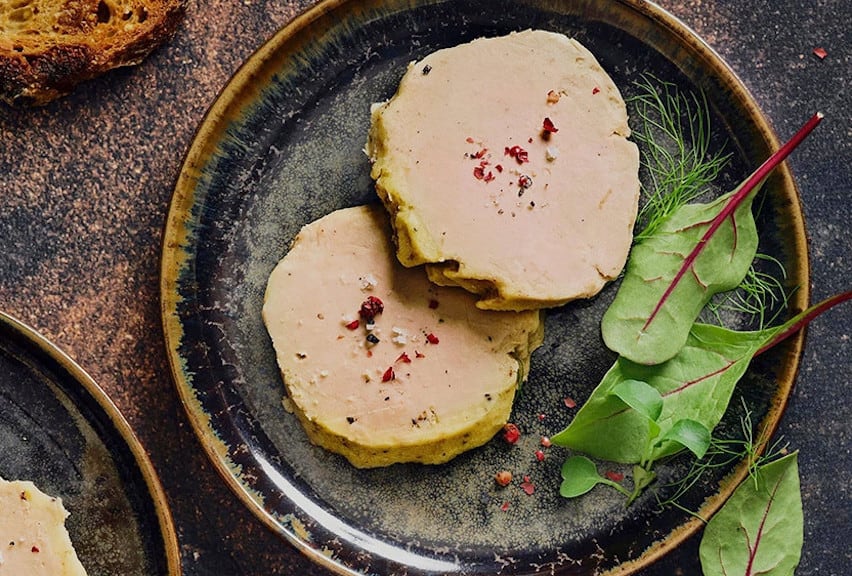 French startup Gourmey has secured €48 million in Series A funding to further develop its cultivated foie gras. The round was led by Earlybird Venture Capital, with participation from others including Keen Venture Partners, Omnes Capital, and Discovery. The company will use the funding to open a 46,000-square-foot R&D and production site in Paris, which will be the largest cultivated meat facility in Europe. Additionally, Gourmey plans to significantly expand its team. While the initial focus is on foie gras, Gourmey eventually plans to use its technology to produce other kinds of cultivated poultry meat. Ethical foie gras Many consumers, even those who are not vegetarian or vegan, avoid conventional foie gras due to its association with animal cruelty. In some countries, such as the … 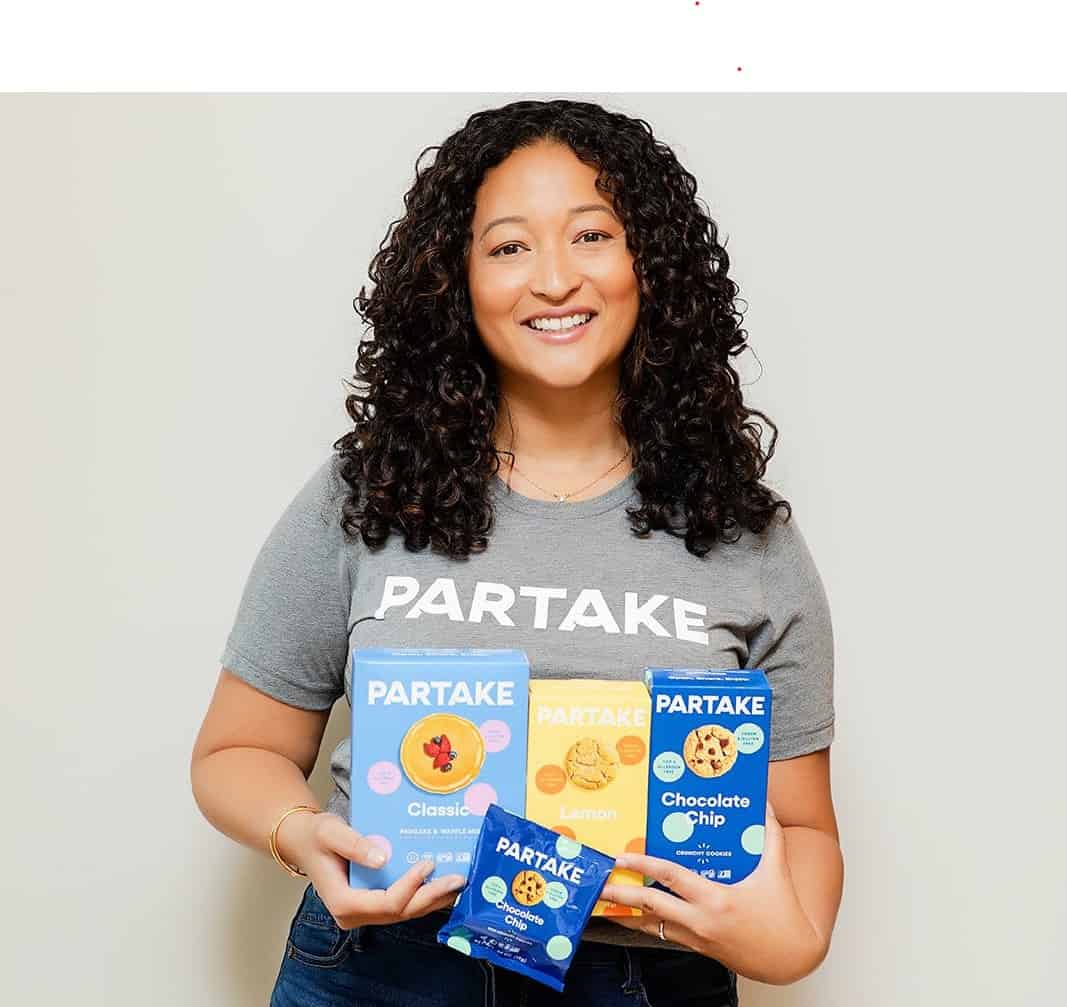 Allergy-friendly vegan snacks brand Partake Foods announces it has raised $11.5 million in its latest financing round. Partake Food was founded in 2016 by former Coca-Cola national director Denise Woodard after her daughter was diagnosed with multiple food allergies. Today, the brand is famous for its allergen-free vegan cookies and breakfast mixes for pancakes and waffles.  Celebrity backers In the last few years, the company has been all over vegan newsfeeds with funding rounds led by black celebrities. In 2020, rap star Jay Z and his venture company Marcy Venture Partners led a $1M seed round for Partake after previously investing in 2019, and Grammy Award-winning performer H.E.R., as well as pop star Rihanna, have also participated in previous rounds. To date, the brand has … 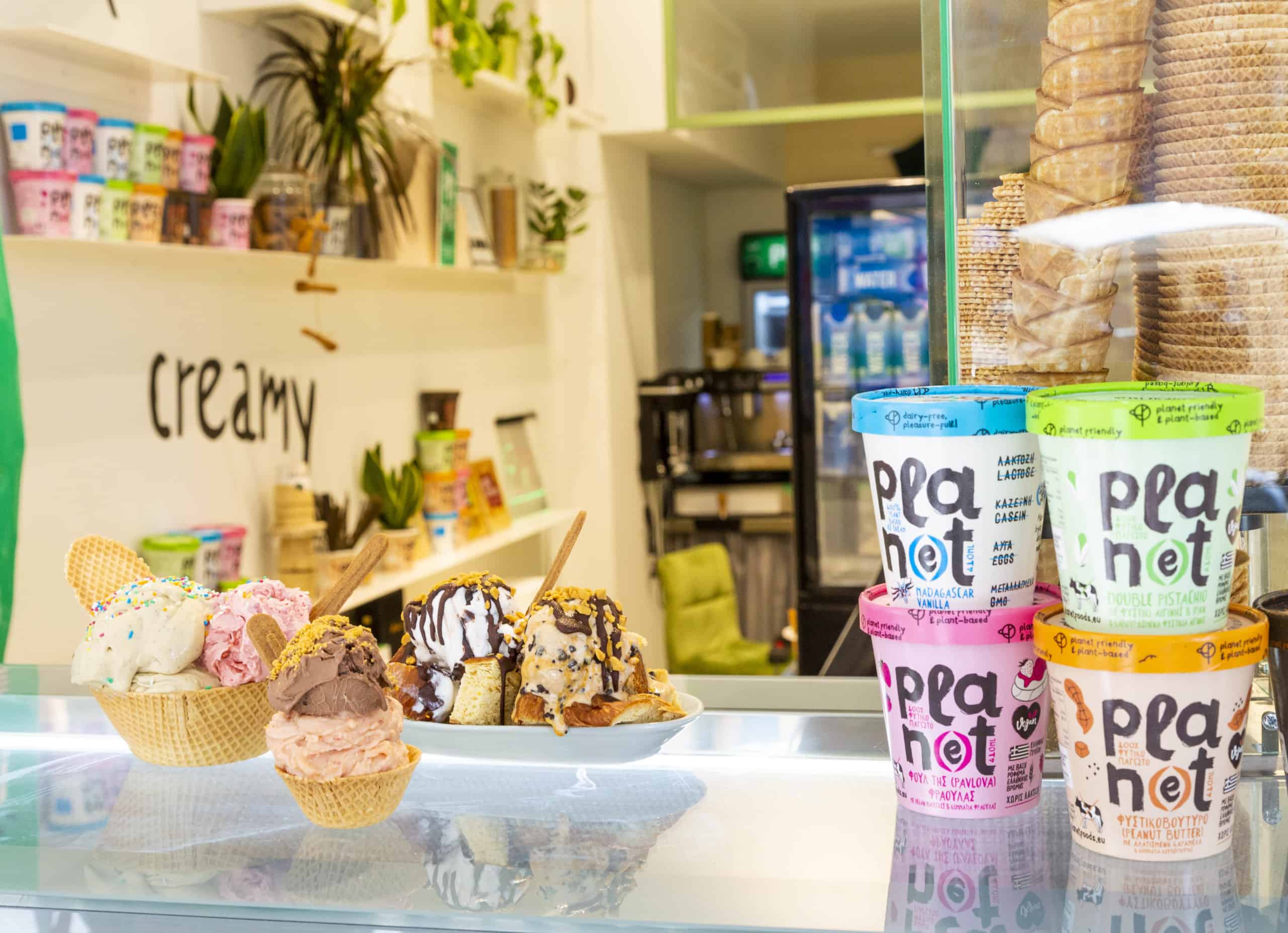 Plan(e)t Foods, which claims firstly to be the first vegan startup ever launched in Greece, and secondly to have developed the world’s first vegan and carbon-negative ice cream, has raised €400K in its first funding round led by Greek angel investors.  Founded in 2021 by Greg Bograkos, Plan(e)t Foods’ portfolio is currently available in more than 500 outlets across Greece. “In under 18 months of operations, we are already distributing our plant-based – and indistinguishable from dairy – ice cream through all major supermarket chains in Greece, currently available in 500+ stores,” says Bograkos. The new funds will be used to increase the company’s domestic presence through expansion into the supermarket channel. “We are proud of our impressive unit economics and growth (on track for … 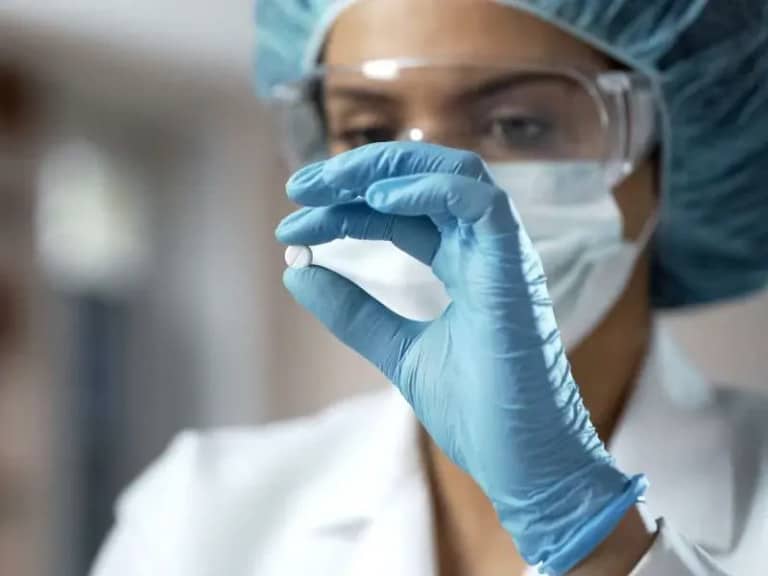 Roquette has fully acquired Crest Cellulose, an Indian producer of excipients for the pharmaceutical and nutraceutical industries. Roquette purchased a majority share in Crest in 2018, and hopes that the recent acquisition will allow it to meet rising demand for plant-based excipients. After becoming a Roquette subsidiary, Crest will help to provide premium quality and pharmacopoeia-compliant solutions to its parent company’s customers. Animal-free excipients currently manufactured by Crest include MICROCEL™ microcrystalline cellulose and Roquette Magnesium Stearate. The acquisition will significantly expand Roquette’s capabilities, allowing it to supply customers throughout India, Asia, and further afield. Plant-based medications With a huge proportion of medications containing ingredients of animal origin, a few companies are working to develop alternatives. Earlier this year, axunio launched the world’s first Vegan Society-certified …