Cellular products (or in general, cellular agriculture) for food applications offer the potential to meet the increasing global demand for meat products in times of rising food security issues due to climate change. Animal products harvested from cell cultures are exactly the same as those harvested from an animal; the only difference is how they are made.

Cellular agriculture focuses on the production of agricultural products from cell cultures using a combination of industrial biotechnology, tissue engineering, molecular biology, and synthetic biology to create and design new methods of producing animal protein, fats, and tissues that would otherwise come from traditional animal agriculture. Thereby, cellular agriculture is defined as the science of agriculture, in that animal cells are harvested and propagated by pigs, chickens or cows in an ethically justifiable way, instead of breeding and killing the entire animal.

Using cell culture technology to develop high-quality food products from particular species of animals has sparked a discussion on whether cultivated meat can be considered to become a viable alternative to animal meat in global food production. After years of research, science has succeeded in developing cellular agriculture products, mostly cultivated meat and dairy products, that are potentially going to transform the global food system and the way we are producing animal products in the long term.

Cultured Meat as an Alternative to Animal Agriculture

Scientists and industry experts often point out that the way in which the traditional food industry is handling production of animal products on industrial farms is extremely unnatural. Cultivated meat, despite using stem cells from an animal to produce meat in a lab, is natural when produced using natural ingredients such as beta-carotene from carrots and omega-3 fatty acids from algae. Moreover, cellular agriculture opens up new opportunities for farmers, as they could join the newly established cultured meat industry in raising a few animals and use their cells to produce their own cultivated meat, eliminating concerns about human health and the product’s origin.

As cellular agriculture is not limited to cultured meat, other companies operating in the cellular agriculture field are working on cell-based dairy products, including Singapore’s TurtleTree that is moving its clean milk featuring real milk proteins ever closer to market. However, while Singapore became the first country to grant regulatory approval to a cultured meat company, it will take time for cell-based whole milk to gain regulatory approval.

While plant-based alternatives to meat and dairy products have seen great success over the past years without the need for any animal protein, a vast majority of the meat-eating population is still demanding real animal proteins. Therefore, cultured meat could become a game-changer for meat lovers around the world. Moreover, the plant-based food industry is already showing interest in cellular agriculture, as a survey released by Peace of Meat, a B2B supplier of cultivated fat, revealed that up to 68% of plant-based meat producers would be willing to incorporate cultivated fat into their products.

The importance of cellular products can further be attributed to changing needs of consumers. A vast majority of consumers demands healthier grown agricultural products with fewer chemicals and antibiotics, releasing fewer greenhouse gas emissions to ensure sustainable food production. Focusing on food safety and human health, as well as animal welfare and sustainability, cultivated animal products could shift from being a luxury food in 2021 to an important future food, feeding industrial countries as well as developing countries across the globe.

Emphasizing the benefits of cellular agriculture, scientists claim that cellular agriculture products are using less agricultural land and natural resources like water. As produced by extracting once-living cells from animals to multiply them in a controlled environment, cellular agriculture is often referred to as a path to achieving food safety in the global food industry. Cell culture technology further decreases pollution when compared to traditional farming.

Financial advantages can be achieved through cellular agriculture in the long run, as a more controlled production can not only save money, but also provides consistent product quality. Cellular agriculture can further boost animal welfare, as it provides clean meat without animal suffering. Moreover, multinational companies are increasingly turning to cell based: Cargill, for example, invested in cultured meat company Aleph Farms and fast-food giant KFC signed an agreement with Mosa Meats to secure the company’s cultured chicken meat as soon as it becomes commercially available. Such commercialization will allow for competitive pricing.

An outlook on the future of cellular agriculture

Studies suggest that whenever cell-based meat gets to the grocery store, assuming it has price parity and, of course, great taste, consumer acceptance will be high, especially among gen Z and millennials. However, most customers are not yet familiar with the concept of growing meat from stem cells and have no idea about the actual processes behind terms like tissue engineering and synthetic biology, as well as how cellular agriculture could contribute to a more advanced food industry.

In this context, the production process of cultured meat is called “cellular agriculture” in order to emphasize the naturalness of the product and to counteract the image of artificial meat production in test tubes under laboratory conditions. Cellular agriculture thus is perceived to be a more customer-friendly term, aiming to increase consumer acceptance for cell-based products.

Cellular agriculture is a relatively new discipline, a futuristic way of agriculture using just a tiny fraction of agricultural land compared to the production of animal products in the traditional way. With increasing health and environmental awareness and global trends such as the vegan movement permanently changing eating habits, a future in which cellular agriculture gains momentum can be seen as a desirable path to feed a growing population with food products derived from cell cultures. 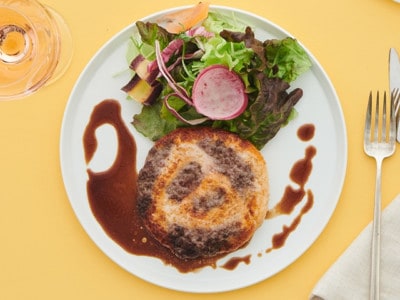 Japan: IntegriCulture Raises $7M for Universal Cultivated Meat Platform
January 24, 2022
IntegriCulture – the Japanese cultivated meat commercialization specialist – has raised $7 million in Series A-plus funding. The company will use the funds in its development of affordable growth media and other tech solutions for the cellular agriculture… 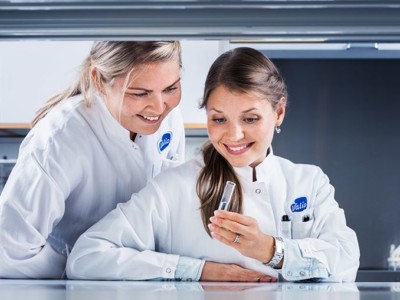 Finnish Dairy Company Valio to Explore Potential of Cellular Agriculture With New Research
December 14, 2021
Finnish dairy company Valio has partnered with the VTT Technical Research Centre of Finland for a project that will investigate what kinds of food industry raw materials could be produced with cellular agriculture. The project will aim to… 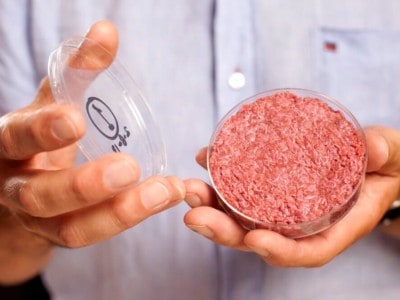 Cellular Agriculture Europe Launches to Become the “Voice of the Cultivated Industry”
December 7, 2021
A new association called Cellular Agriculture Europe has been formed to represent the interests of the cultivated products industry. The association has just held its first General Assembly meeting, where a Board of Directors was elected. 13 member… 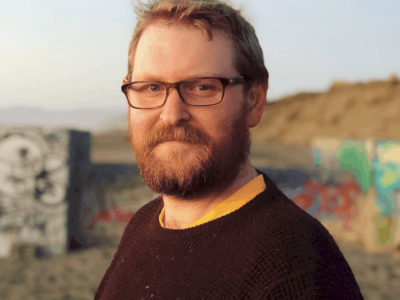 Farmer and Former Meat Processor Founds Cultivated Meat Startup
October 13, 2021
Ilttud Dunsford was born into a farming family and grew up to found a speciality meat processing business. But after learning about cultivated meat, Dunsford’s career path took a complete 180 and he has now founded Cellular Agriculture… 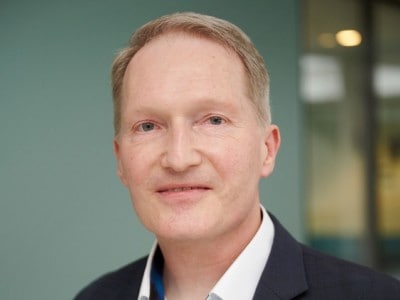 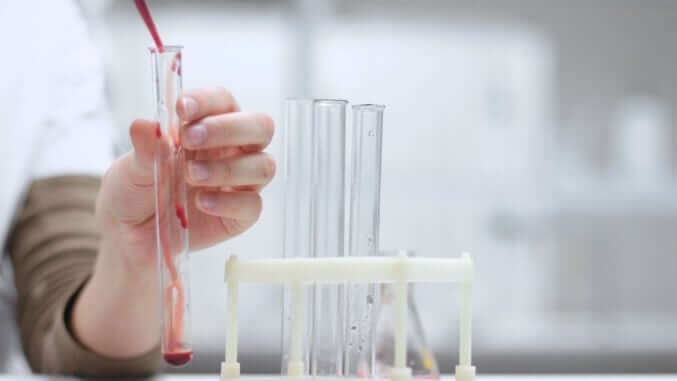 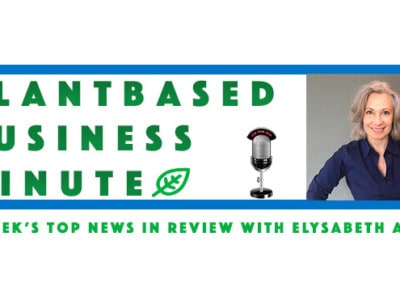 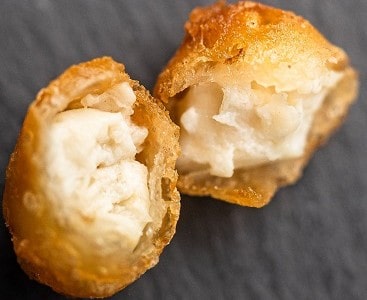 Agronomics Invests $5m in Cell-Based Seafood Producer BlueNalu
November 19, 2020
Agronomics, a leading investor in cultivated meat and alternative protein, based in the UK’s Isle of Man, announces a $5 million subscription with cellular aquaculture specialist BlueNalu, stating it will be paid using cash from its own resources.… 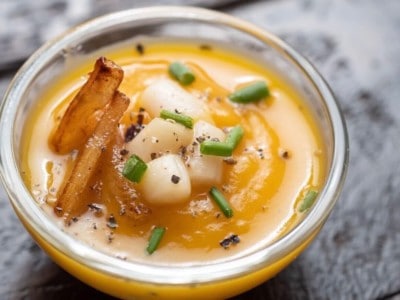 BlueNalu Announces Partnership With Pulmuone to Bring Cellbased Seafood to South Korea
July 9, 2020
BlueNalu announced yesterday the signing of a Memorandum of Understanding with Pulmuone Co. Ltd, a Seoul-based producer of traditional perishable foods such as tofu and bean sprouts. This move marks BlueNalu’s first collaboration in South Korea and Pulmuone’s… 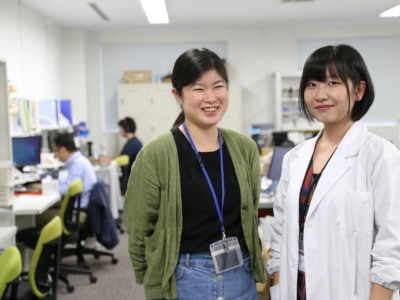 IntegriCulture Inc. Raises JPY800 Million in Series A Round Led by Beyond Next Ventures
July 7, 2020
Japan’s IntegriCulture Inc., a cellular agriculture specialist, has completed a Series A fundraising round of JPY800 million (USD7.4 million) backed by Beyond Next Ventures, NH Foods, and AgFunder, amongst others. The amount raised totals JPY1.1 billion (USD10.2 million).… 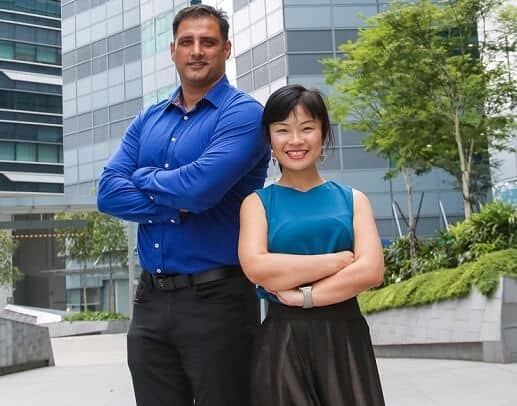 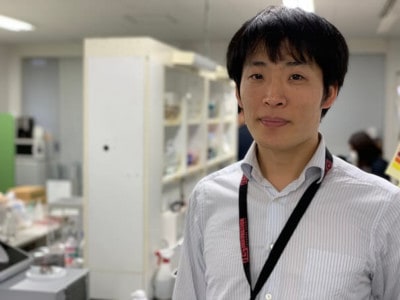 IntegriCulture Japan: “I Want to Realize Cultured Meat, a Staple of Science Fiction”
April 30, 2020
Cultured meat is expected to solve numerous social problems such as food security and various environmental issues. IntegriCulture is a promising startup working on the development of cultured meat in Japan. (Contributor: Tokyo, freefrom, Hiroto Yamazaki) ... 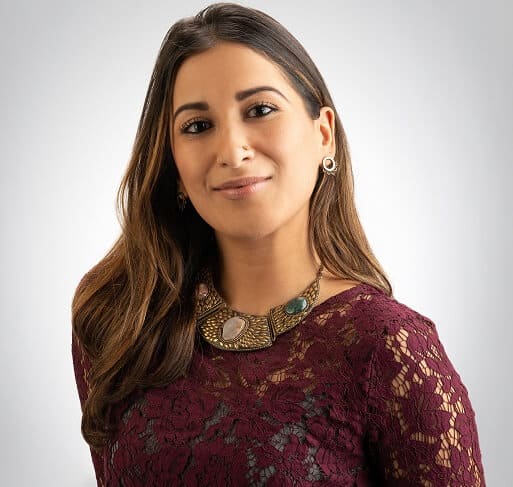 The Good Food Institute: “Completely Committed to Accelerating Vital Changes to Our Global Food System”
April 16, 2020
The Good Food Institute is a global nonprofit building a more sustainable, healthy, and just food system. Its aim is to bring closer a future where plantbased foods and slaughter-free ‘cultured’ meat are a normal part of life.… 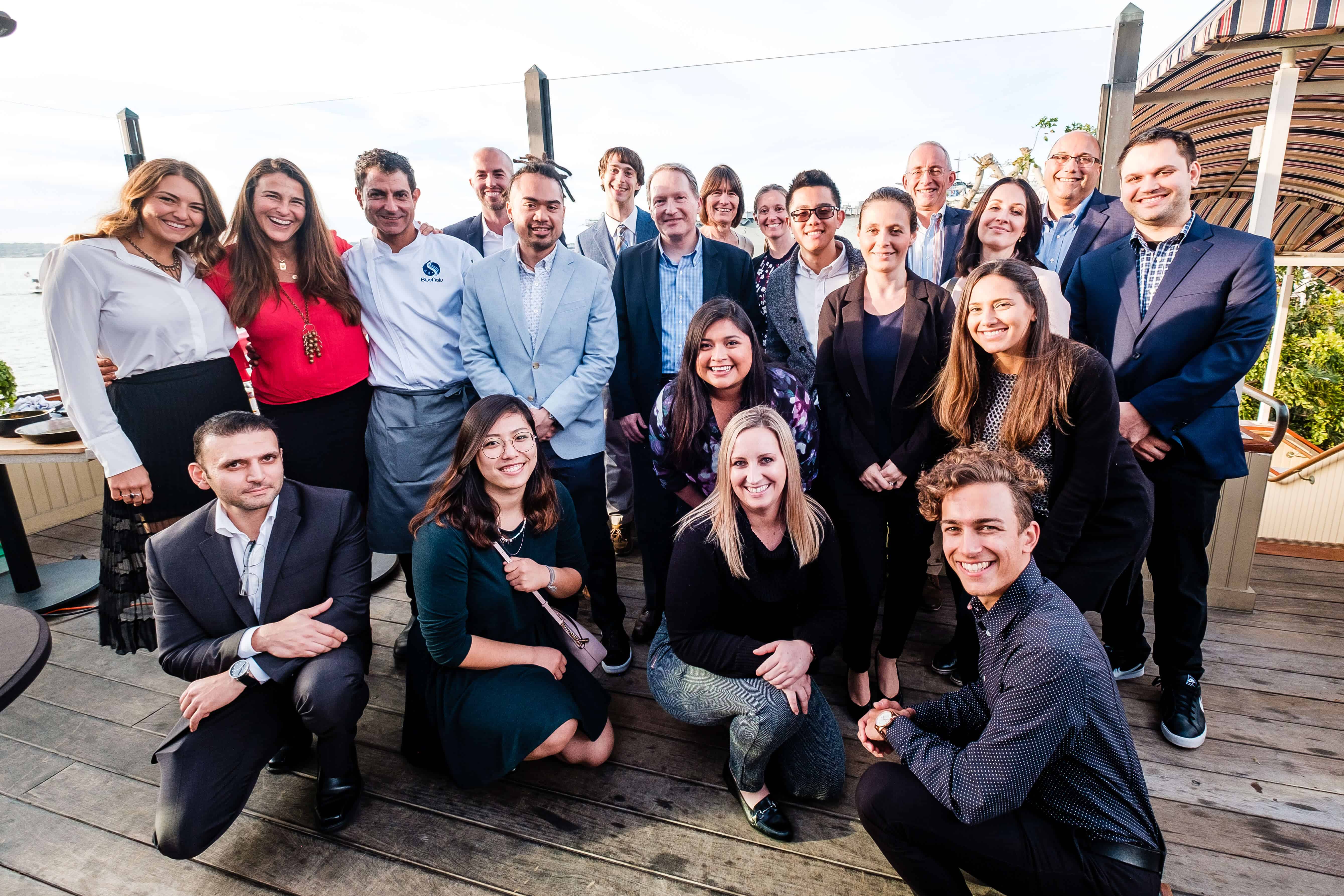 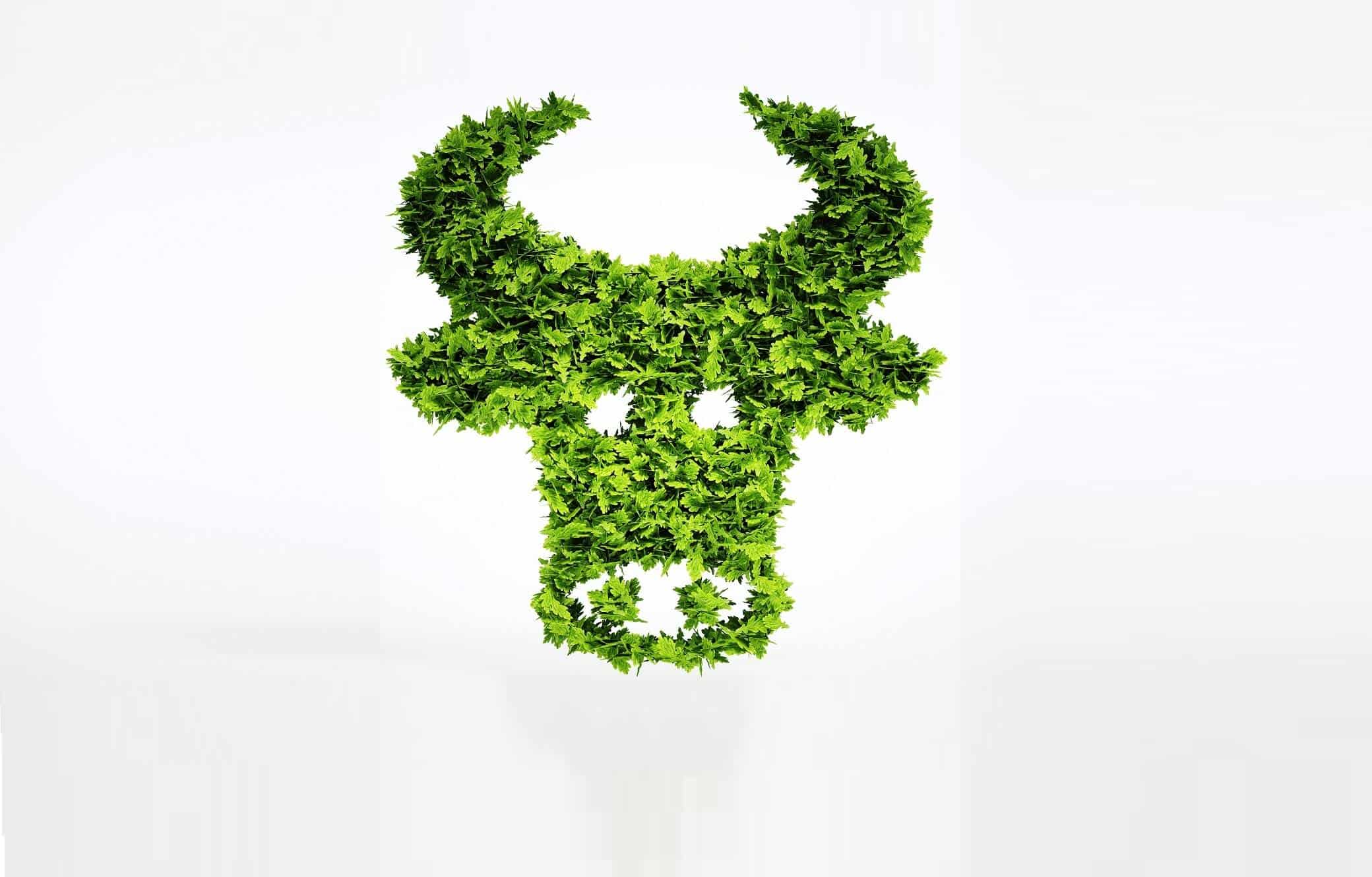 Cell-Based Pioneers Aleph Farms Opens Visitor Centre and Gen-Z Program in Bid to Foster Transparency in Cultured Meat
February 4, 2020
Cultured Meat specialist Aleph Farms announces an educational complex to showcase to the public its nature-inspired approach to producing cultured meat. The company first cultivated meat outside of an animal in 2018, and September 2019 announced that it… 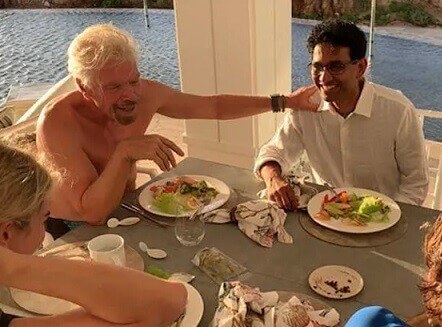 Memphis Meats Closes Largest Funding Round in Cell-Based Meat Industry With $161 Million From Branson, Gates et al
January 22, 2020
Memphis Meats, the leading name in cellular meat, has received investment totalling in excess of $180 million, including this most recent Series B round of $161 million, with participants such as Bill Gates and Richard Branson. The Berkeley,… 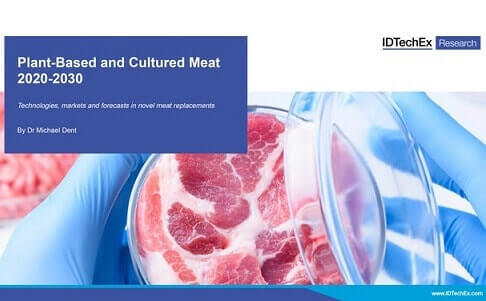 IDTechEx Forecasts Plant-Based and Cultured Meat Growth 2020 – 2030
December 6, 2019
A report recently compiled by IDTechEx forecasting plant-based and cultured meat growth for 2020 – 2030, has outlined the need for meat alternatives as the human population outgrows the sustainability of current animal farming. ... 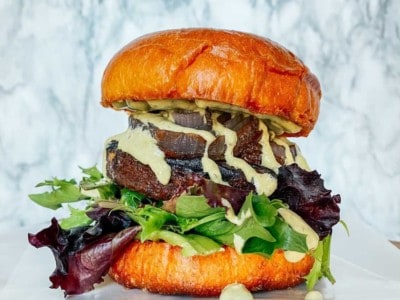 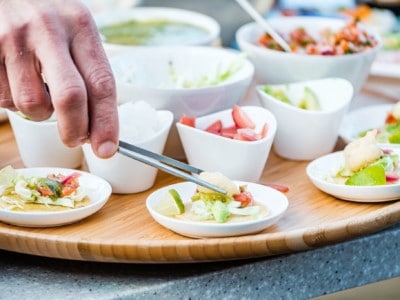