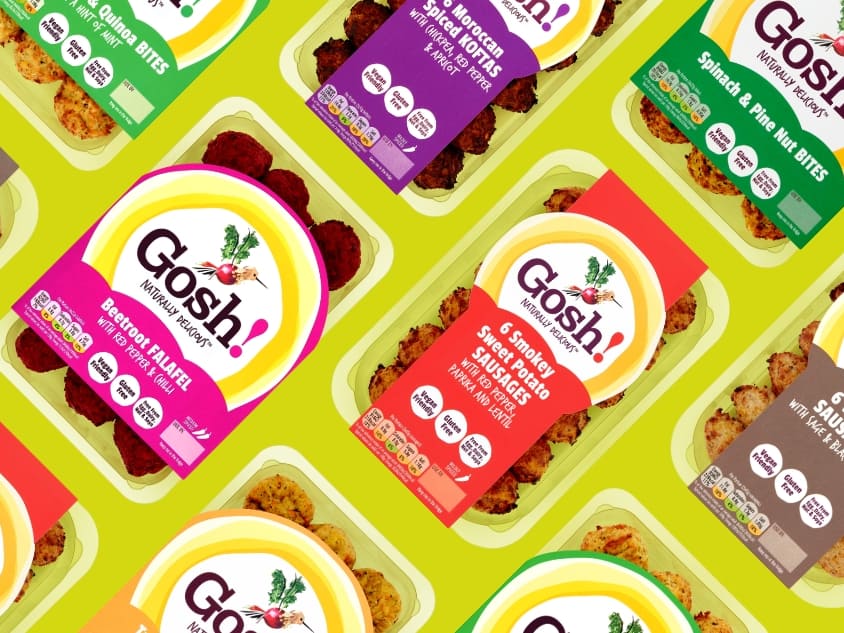 UK vegan ‘free from’ producer Gosh! is reported to be on the cusp of a £50 million takeover deal. The deal is expected to be finalised soon, as an offer has been accepted and due diligence checks are being carried out, as first reported by The Grocer.

After last year announcing a major scale-up of production to meet soaring demand for plant-based foods, Gosh! invested £4.5M to open a 17,000 square foot factory to run alongside its existing facility. The company also last year appointed Jahangir Khan to be the company’s first Senior Category Manager to develop its business strategy, with the previously ongoing mergers and acquisitions process now reported to be coming to fruition.

The move follows an incredibly successful financial year for 2020 that saw pre-tax profits rise 15.5% to £4.1m, despite the obvious impacts of the pandemic on the company’s foodservice arm. The brand saw strong growth in retail though, where it is stocked in all the major UK supermarkets, as well as moving into the European market.

Founded in 1998, owner Richard Loebenberg had not previously had his valuation met but has now accepted an offer from a party reported to be a “trade player” rather than a private equity firm. Conglomerate Nestlé and UK meat producer Cranswick were both reported to be previously interested in a possible acquisition.