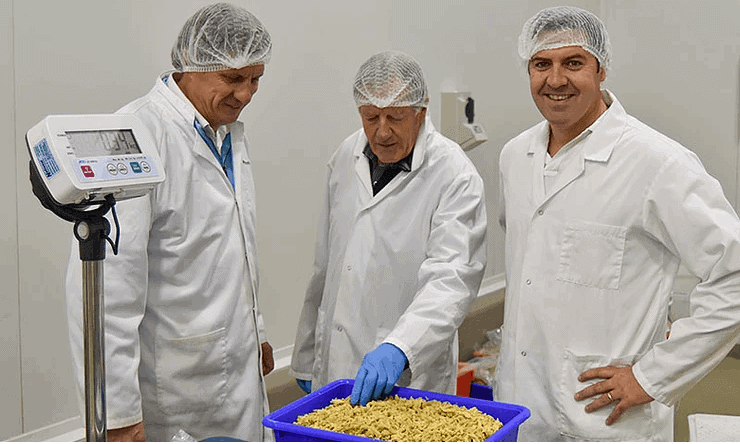 Australian plant-based meat company ProForm Foods has opened a new factory at Mount Kurring-gai with the capacity to produce 5000 tonnes of meat alternatives per year.

ProForm Foods has been around since 2005, when it was founded by Olympic swimmer Matthew Dunn with his father Stephen. To date, the company has mostly focused on supplying ingredients to be used in commercial foods.

With the new 1600 square metre facility, which cost $11M to build, the company will be able to radically increase production. This will allow it to meet the growing demand for vegan food in Australia.

The company received financial support from the federal government, which is trying to boost local manufacturing, to help it build the factory.

ProForm says it has developed a new technology that makes the texture of its products more meat-like than most other options currently available. The technology involves cooking the product under pressure to develop fibres that are similar to those in animal meat. The company recently launched a meat alternative called MEET made using this technique.

The plant-based industry in Australia

Australia’s plant-based sector has been lagging behind other countries, but now it looks like that may be changing. The pandemic has led many startups to stay within the country rather than going overseas, while also causing a shift in consumer habits towards more plant-based foods.

Earlier this year, the Australian meat and livestock industry expressed growing alarm at the rise of the vegan movement, saying it could lose $3.2 billion by 2030 as a result.

“Global demand in this space is going through the roof and there’s no signs of slowing down,” ProForm Foods CEO Matthew Dunn told news.com.au.