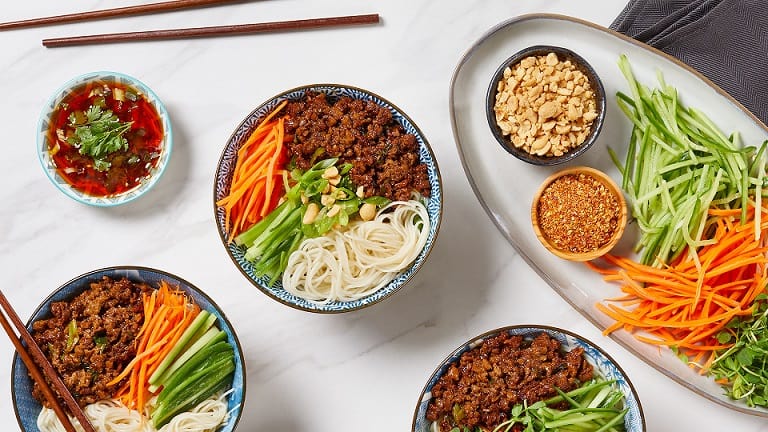 Beyond Meat has finalized the lease for a “state-of-the-art” innovation hub in Shanghai, marking its first dedicated R&D facility outside of the US, as the plant meat giant expands its focus in the APAC region. The facility is expected to open in the first half of 2022.

In September 2020, Beyond Meat first announced the agreement with Jiaxing Economic & Technological Development Zone (JXEDZ) to bring the production of plant-based meat to the Chinese market, and in April 2021 unveiled the Shanghai production plant, becoming the only multinational company in alt mear production to establish its own production facility in China.

Beyond Meat, products are widely available in Starbucks China, and in May of this year, the company announced that spicy “beef” wraps made with Beyond Beef would roll out into over 2,600 KFC restaurants throughout the country. Beyond Pork, its first product created specifically for the Chinese market, was made available through a Chinese e-commerce site in July of this year.

The company states that the new facility will be a “hub for innovation with a world-class team of scientists and researchers focused on developing high-quality plant-based meat products” and that such products will be created to cater to APAC consumers. The center will include ” cutting-edge” lab facilities, a pilot lab and a test kitchen where chefs and culinary experts will experiment with the new products.

“The best-in-class R&D team we are building in Shanghai represents the next leg in our journey to become a global protein company,” said Dr. Dariush Ajami, Chief Innovation Officer, Beyond Meat. “This new resource will enable us to more precisely serve the palate of the Chinese consumer and contribute directly to the culture’s delicious cuisine, while joining our global effort to deliver plant-based meats that are indistinguishable from, healthier than, and over time, priced at parity with their animal protein equivalents.”