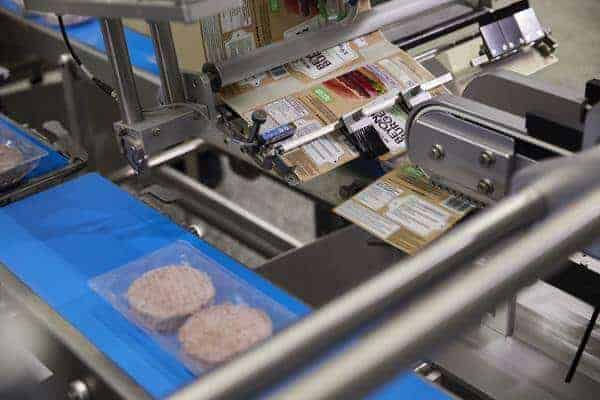 Beyond Meat, Inc. this morning announced the official opening of a co-manufacturing facility in Zoeterwoude, the Netherlands, marking the company’s first co-manufacturing capabilities in Europe. The new state-of-the-art facility is owned and operated by Zandbergen, a meat processor whose tagline is “Zandbergen World’s Finest Meat”.

The new facility will produce the Beyond Burger and Beyond Sausage and with the purpose of more efficient distribution of Beyond Meat’s products across EMEA (Europe, the Middle East and Africa). The factory will debut new lighter, more sustainable packaging for both the Beyond Burger and Beyond Sausage in this region, featuring fully recyclable trays and 30% less material overall.

Beyond Meat also acquired its first European manufacturing facility this week, in Enschede – also the Netherlands, where according to a study last year, two out of five consumers are eating less meat. This acquisition marks the first time that Beyond has owned its own factory outside of Missouri, USA, and is expected to be operational by the end of 2020 allowing for end-to-end manufacturing capabilities in Europe.

Founder and CEO Ethan Brown said: “This latest investment in production capacity reflects our continued commitment to serving global markets. Our new facility in Enschede will not only bring production closer to the consumer, representing an investment in the markets and communities we serve, but is expected to allow us to leverage local supply chains, improving our cost structure and sustainability of operations.”

Brown added, “We are excited to take this next step in bringing the nutritional and environmental benefits of our plant-based meats to the European consumer.”

“As the demand for plant-based protein and particularly Beyond Meat products grows in Europe and the Middle East, the official opening of this co-manufacturing facility in Zoeterwoude, the Netherlands is timely,” said Adriaan Figee, Chief Commercial Officer of Zandbergen World’s Finest Meat.