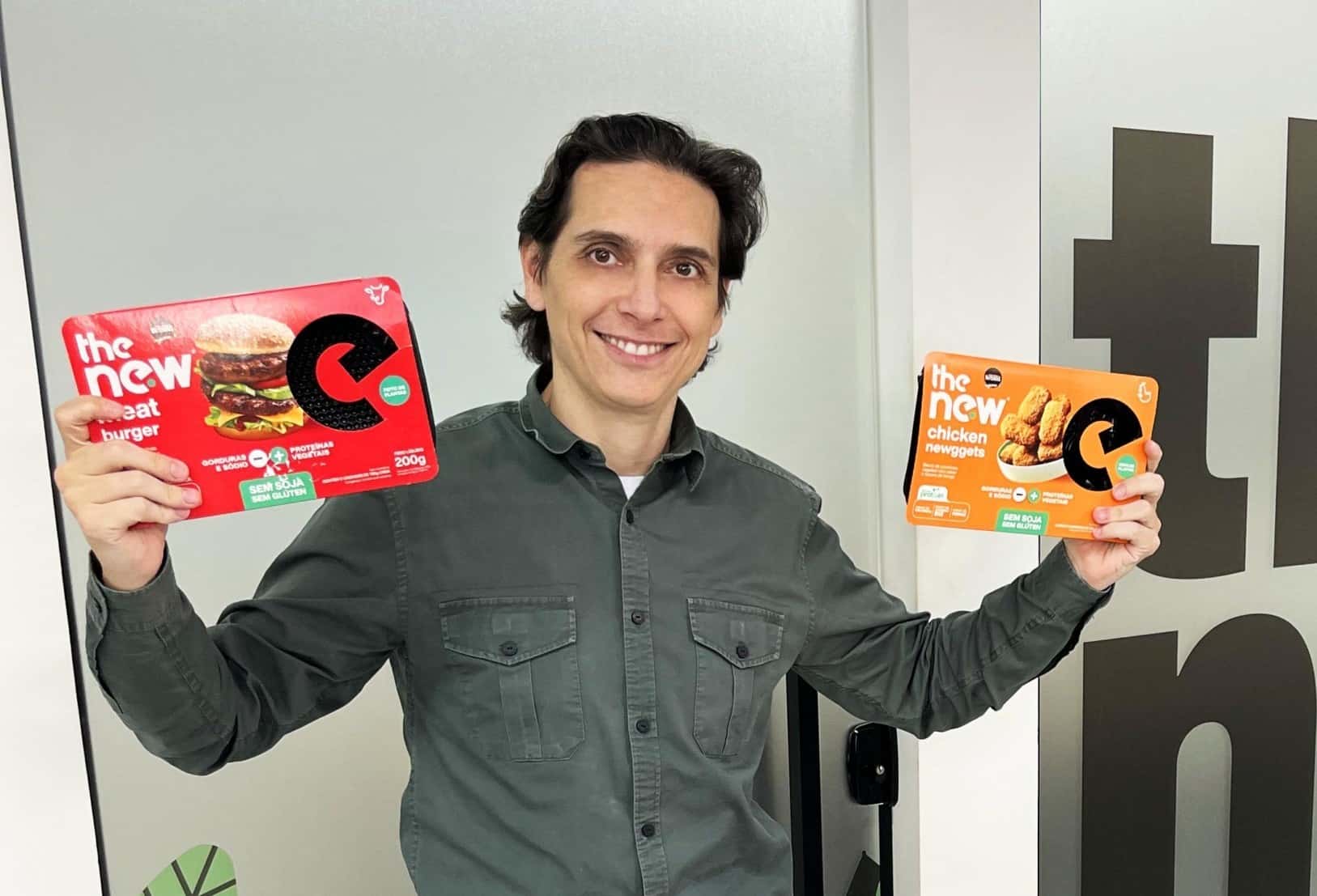 Brazilian alt-protein brand The New (formerly The New Butcher), announces it has selected André Carvalho, a former executive at global meat company Minerva, to lead the company as CEO. Founder Bruno Fonseca will continue to head R&D and new product development, as well as serve on the board of directors.

“[The New] has highest quality products in Brazil”

The announcement comes as The New reports strong 20% quarter-over-quarter sales growth for Q1 and the launch of a popular pork product earlier this year.

At Minerva, which ranks as one of the world’s top 20 meat companies, Carvalho served as Country Sales and Marketing Director, where he managed US$1bn in revenue, oversaw a team of 400, and created one of the largest protein B2B e-commerce platforms in Brazil. Carvalho has previously held senior positions at Bunge, PepsiCo, and Associated British Foods subsidiary AB Brasil.

“I am very excited to have joined The New team. It has the highest quality products in Brazil and an excellent brand, which together position it to capitalize on the rapidly expanding alternative protein market,” said Carvalho. “The company-owned manufacturing and R&D facilities and fantastic innovation pipeline position The New for continued strong growth in the coming years.”

To expand into additional channels, The New is also hiring Gustavo Cria, the former Indirect Channel Leader for AI food tech pioneer NotCo. In addition to securing relationships with large Brazilian grocery retailers and specialty chain restaurants, the brand is preparing to add ready-made convenience meals to its product range.

With the appointment of Carvalho, The New says the meat industry veteran will help guide the startup through its next stage of growth. “We are very excited for André to join the team and confident that he has the experience to grow the company to the next level,” commented founder Bruno Fonseca.