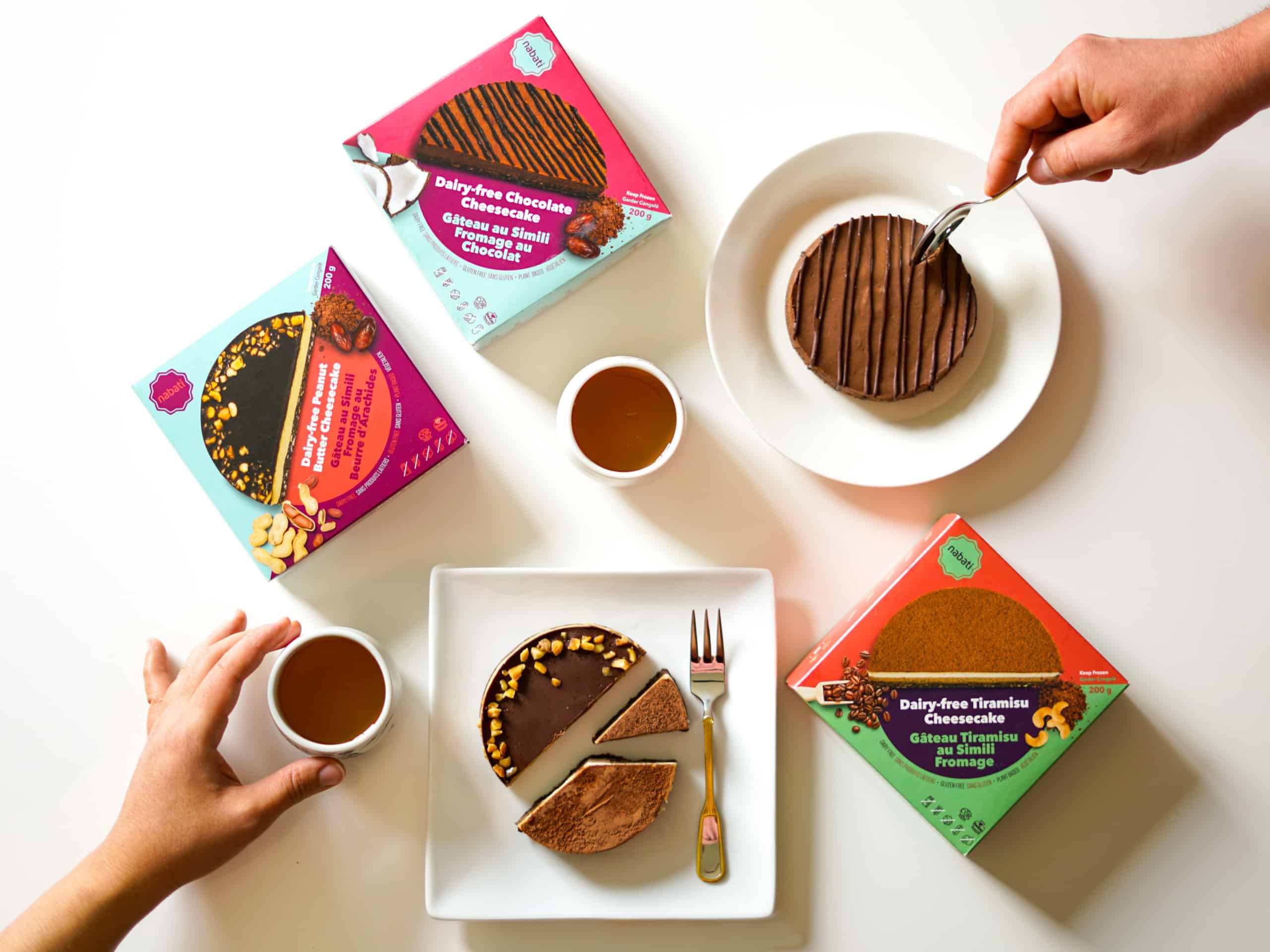 Canadian plant-based food tech company Nabati Foods Global is expanding its distribution into new markets, with its whole and natural products now available in Asia for the first time and Europe next in line for the recently restructured brand.

“We are on a mission to lead the evolution of food, and that means expanding our geographic footprint beyond North America”

Nabati’s signature cheesecake is now available in Hong Kong, the Virgin Islands, and Hawaii, in addition to more than 700 stores in North America. Next up for the Edmonton-based company is European distribution, after securing a deal with major food broker the Saralex Group. This deal represents Nabati’s first foray into Europe, with distribution expected to start on the Iberian peninsula in Portugal and Spain soon.

Established in 2014, family-founded Nabati Foods recently secured a capital raise of $7.7 million following a year of rapid growth, and is expected to public in the near future. Counting itself as part of the Eat Beyond Holdings portfolio, Nabati Foods has seen sales up more than 85% in 2020 compared to 2019, and recently had its vegan Chick’n Burger nominated as a best new product of 2020 by the Retail Council of Canada.

Nabati Foods’ dairy-free cheesecakes are now available at Natures Village in Hong Kong, Quality Food St. Croix in the U.S. Virgin Islands, and at Down to Earth locations across Hawaii.

“We are on a mission to lead the evolution of food, and that means expanding our geographic footprint beyond North America,” Nabati Foods CEO Ahmad Yehya commented.  “We’re thrilled to partner with such a strong, well established, healthy living brand like Natures Village to make our debut in the lucrative Asian market.”

“Our goal has not changed. We are on a mission to bring people together with foods that are healthy, yet mouthwatering. We believe that you don’t have to sacrifice taste for your health or to support the health of the planet. We look forward to a successful European launch,” added Yehya.