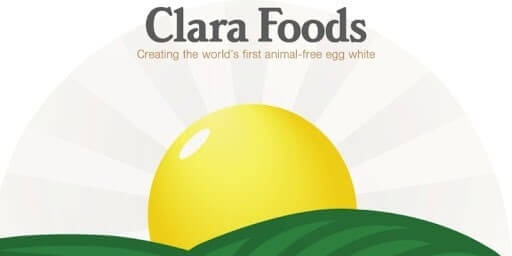 Animal-free protein producer Clara Foods has announced a collaboration with global investment and innovation group ZX Ventures. The partnership will work on scaling precision fermentation to produce more animal-free egg proteins. The news comes shortly after the astounding data from the PBFA and GFI which revealed that plant-based eggs grew 168% in 2020 – almost 10 times the rate of poultry eggs.

ZX Ventures is the global investment and innovation group of AB InBev, which has decades of experience in scaled, food-grade fermentation. While the technology was originally developed to brew beer, the company is now exploring its other applications.

It’s hoped that the partnership will allow Clara Foods to develop animal-free egg proteins in “a scaleable, sustainable and economically viable manner”.

Clara Foods closed a $40 million series B round and partnered with Ingredion in 2019, then in 2020 the company announced that the launch of its chicken-free egg whites was in sight, initially as an ingredient and then onto the market into 2021. It has also recently developed vegan pepsin.

“Humanity needs solutions that match the scale and urgency of our problems,” said Arturo Elizondo, CEO and co-founder of Clara Foods. “Since day one, Clara has been on a mission to accelerate the world’s transition to animal-free protein, starting with the egg. More than one trillion eggs are consumed globally every year, and corporate commitments for cage-free aren’t enough. We’re thrilled to be partnering with the world’s largest fermentation company to work together to enable a kinder, greener, and more delicious future.”