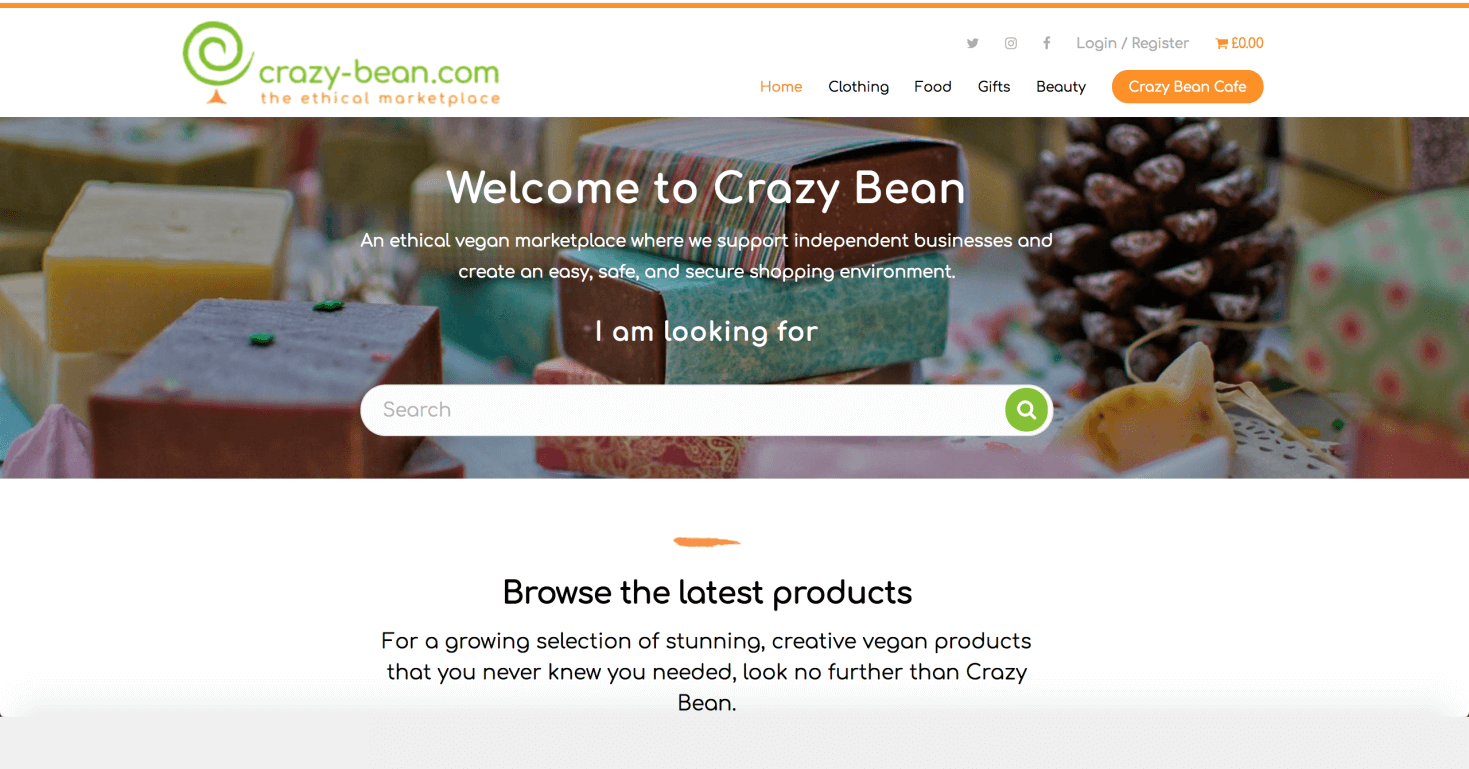 Crazy-bean.com is the first quality, commercial and scalable fully vegan ethical marketplace supporting independent businesses by taking the hassle out of online selling and shop management. They are currently offering vendors 12 months commission free, providing a safe, secure and easy to use environment.

Founders Krissi and Rob, both with successful corporate backgrounds, opened their vegan restaurant in Surrey, England in 2016. They have seen the growth of the vegan market first hand and in support of this growth they built the Crazy-Bean ethical marketplace in early 2018. The website already has several boutiques open including Love Seitan, Will’s Vegan Shoes, Ripe and Nine, The Punky Bunny and Artisanal Vegan, all are now trading.

A recent survey carried out by comparethemarket.com reports that 6% of the UK population (3.5 million people) identifying as vegan as of January 2018, which is significant increase from 545,000 in 2016.The plant-based market is currently estimated to be worth circa £14bn domestically and $51bn globally.