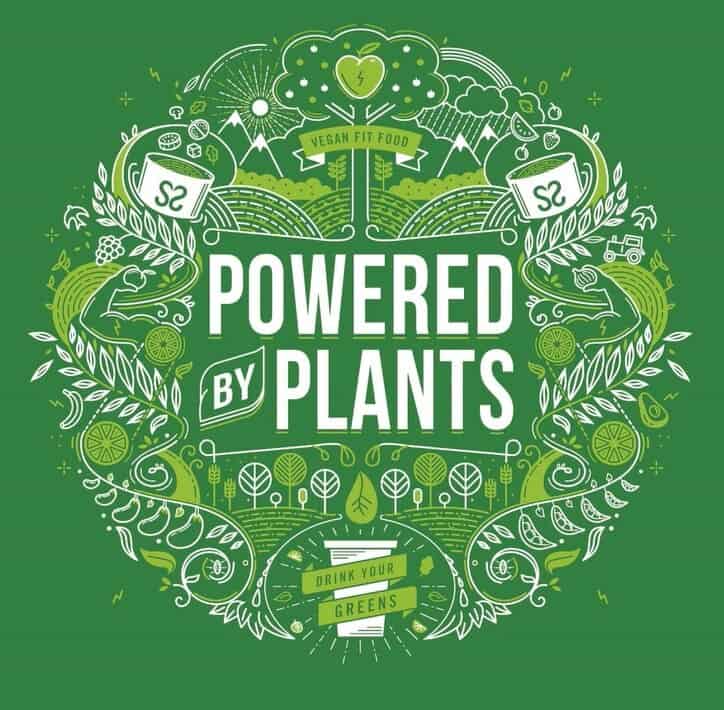 London-based health food chain Crussh is turning its Soho store on Broadwick Street 100% vegan for a month as part of Veganuary.

Part of the brand’s Powered by Plants campaign, the plant-based store is open from 3rd of January and offers over 70 plant-based options. With 75% of its range vegetarian and over 45% vegan, Crussh is already a pioneer in healthy and plant-based eating and now also launching eight new vegan products in all its 35 locations, including Butternut, harissa & vegan ‘feta’ wrap, Red pepper & corn chowder, Lemon tart pot, Banana & coconut cacao spread bagel, and freshly pressed Power Greens Juice.

London-based illustrator, Mark Harrison, has been commissioned to create a series of illustrations in the theme of Power of Plants, which are now on display in all Crussh stores. The Soho store has been specifically redecorated to the plant-based theme with plants hanging from walls and ceilings in the store.

Crussh says if the exclusively vegan store proves popular, they will consider keeping it permanently plant-based.