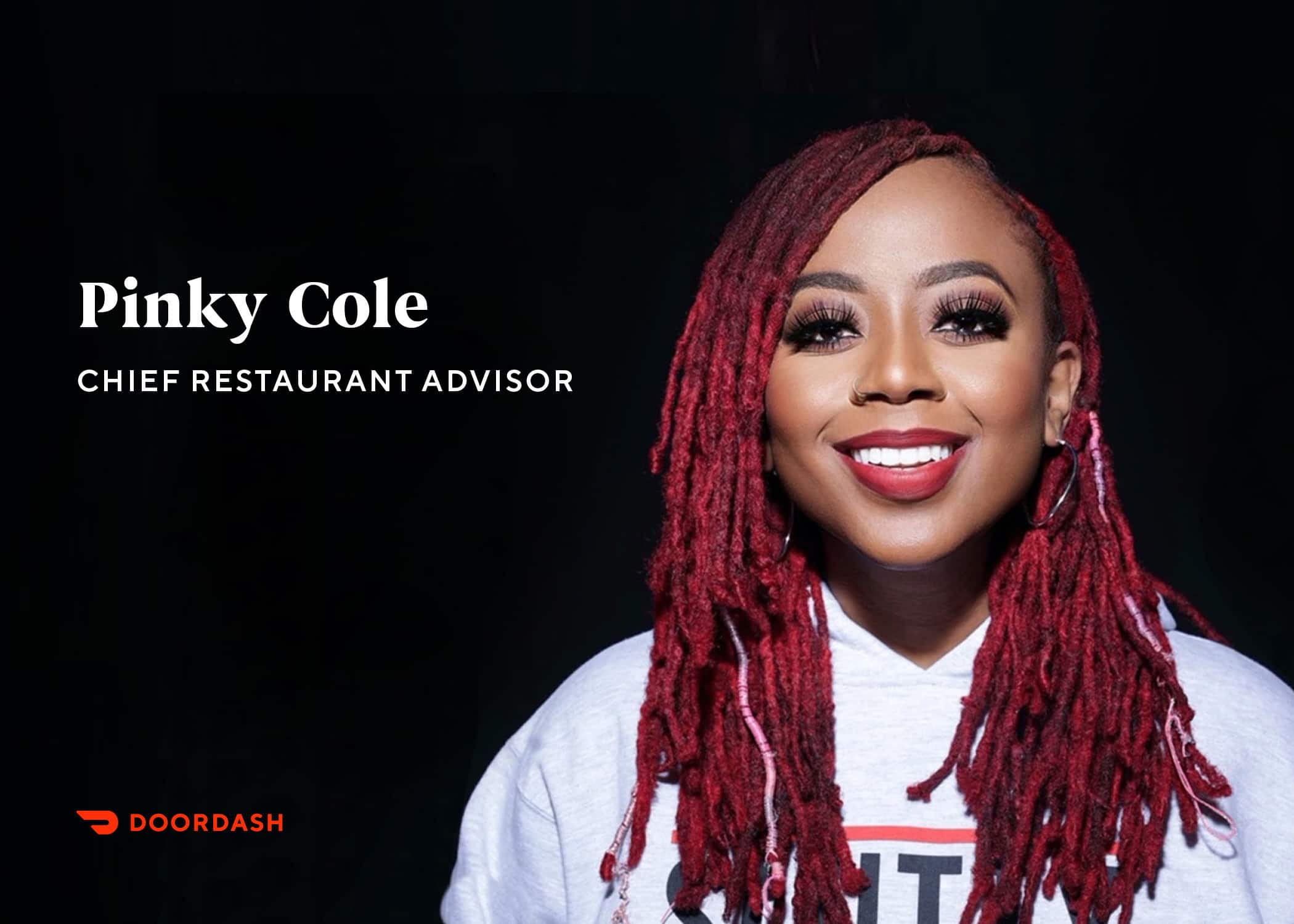 “Pinky’s ambitious entrepreneurial mindset for expanding her restaurant empire, coupled with her love for connecting with the communities she operates within through the Pinky Cole Foundation, makes her an ideal operator to assume the role of Chief Restaurant Advisor,” said Tom Pickett, Chief Revenue Officer at DoorDash.

“Being a restaurateur is by far one of the most difficult jobs I’ve ever had. But through experience I have learned to maneuver through this industry in a way that allows me to connect with the customer to identify what they like and what they don’t like. I am thrilled to be able to use this expertise to support the DoorDash team in decision making that will ultimately help this organization better connect with the people.”