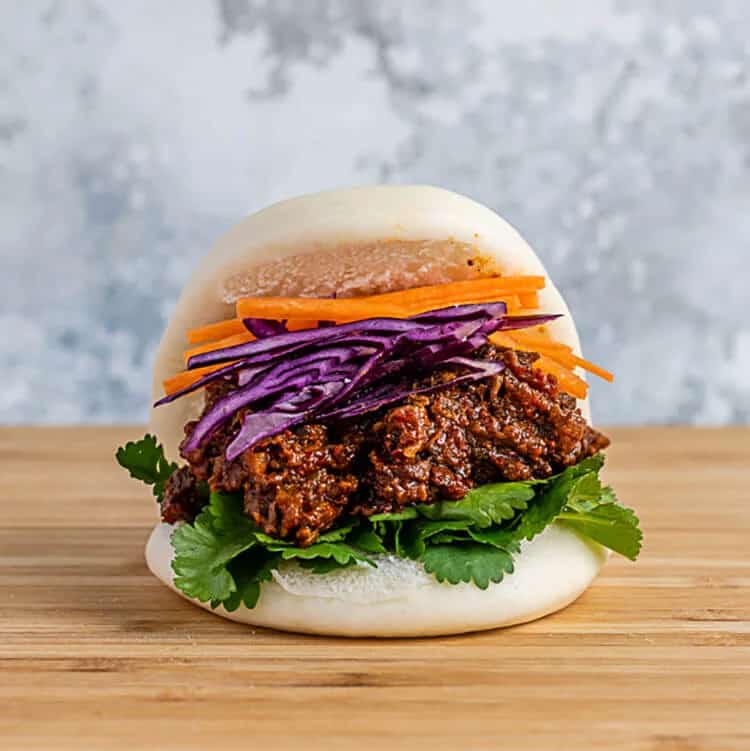 Based in the UK, Symplicity Foods makes clean label alt-meat products such as burgers, meatballs, and mince. The company was founded by Neil Rankin, a trained butcher best known for his meat-heavy Smokehouse and Temper restaurants.

Having been concerned about sustainability for some time, Rankin initially took the approach of trying to use every part of the animal. But as he explained to Men’s Health, he eventually became “disenchanted with the solution being meat-based” and turned his attention towards plant-based options.

Unimpressed by the processed ingredients used in many meat substitutes, Rankin set out to develop a healthier alternative that could be made in his home kitchen. After some trial and error, he began combining vegetables such as onions, beetroot, and mushrooms with fermented ingredients like miso and tamari to achieve an umami flavour.

Soon, Rankin had developed a product that both he and his testers were happy with. He then turned his attention to minimising waste, finding a way of turning excess tomato water and pulp into dressings such as ketchup, nduja, and even vegan cheese.

Rankin went on to form a business partnership with Mark Wogan, founder of Homeslice Pizza. Following the success of the partnership, Symplicity now supplies major UK restaurants such as Bleecker Burger, Street Burger, and Dishoom. Additionally, Rankin has set his sights on schools, workplaces, chain restaurants, and beyond.

While there are now a huge number of meat alternatives on the market, most are made with processed ingredients. As a result, some companies are focusing on developing healthier products — such as Daring, which makes clean label plant-based chicken with just five ingredients.

Others are taking a more radical approach; one example is Air Protein, which produces highly sustainable clean label meat alternatives using only the elements in the air. But for Neil Rankin, the solution is simple.

“Vegetables might have their limitations, but they also have their advantages,” he told Men’s Health. “They suck up flavour, they suck up spices, they’re easier to cook, and they’re inherently healthy. And even though I’m a carnivore, if I’m looking at a dish, and it tastes as good as another dish, and it’s healthier, and nothing died to make it, then I’m a lot happier as a person.”