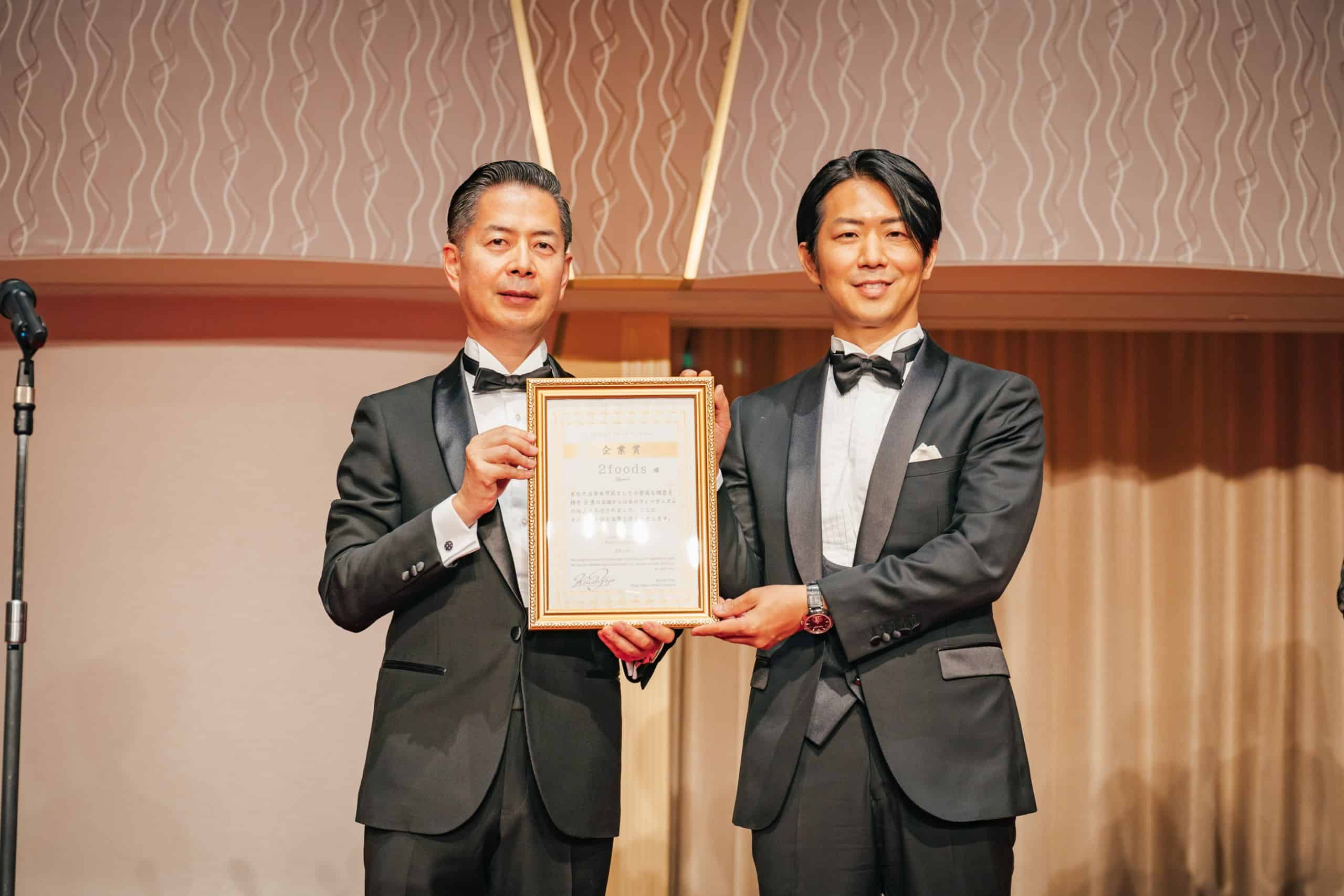 TWO Inc. of Japan announces that its plant-based food brand 2foods has received the Enterprise Award at VEGAN AWARDS 2022, the most prestigious award in the vegan/plant-based foods industry in Japan.

The award ceremony nominated 100 individuals, companies, and organizations in Japan’s plant-based industry and presented awards to those with the most outstanding contribution to the development of Japanese veganism. Nominees were selected across the fields of medicine, academia/sciences, cooking, animal welfare, yoga, health, environment, beauty, media, and more.

2foods was presented with the Enterprise Award in recognition of its commitment to the creation of a new vegan lifestyle, targeting the younger generation to make plant-based products appealing to the modern Japanese consumer and bringing about positive changes to the Japanese plant-based food market as a whole.

Other than expanding its retail footprint, 2foods plans to pursue a business model based on two major pillars; development of new plant-based ingredients and development of advanced processed foods. These will be carried out in-house as well as through collaborations with various partners as 2foods aims to eventually grow the business into a global brand. For example, 2foods reported to vegconomist earlier this spring that it had partnered with Kagome Co. to launch “Ever Egg”, said to be the first vegan egg in Japan.

Yoshikazu Azuma, Representative Director and CEO of TWO Inc., comments: “We are truly delighted to have won the Enterprise Award at the prestigious VEGAN AWARDS. Since its inception in April of last year, 2foods has struggled but persevered through COVID-19 and all of the challenges the company has had to face. The fact that we were chosen to receive the award this year goes to prove that our hard work and dedication to our business over the last year is paying off, and we feel honored and humbled by the recognition.”