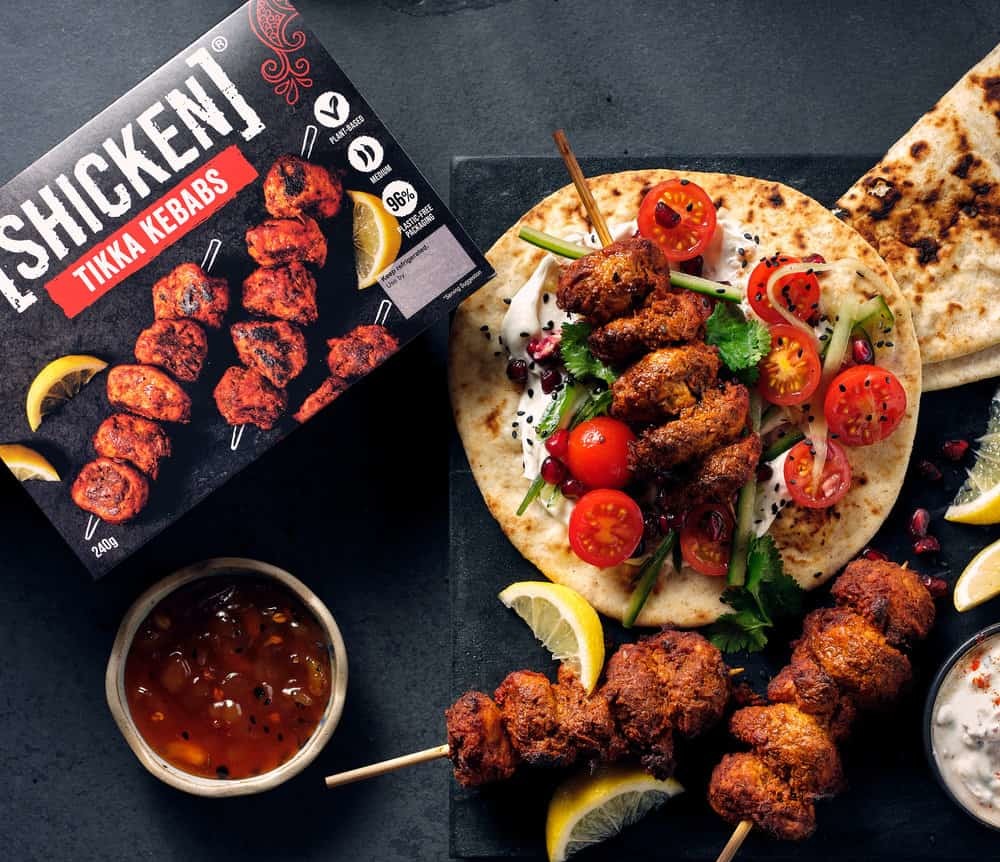 Three of the brand’s products are now available at 471 Tesco stores nationwide:

Initially, SHICKEN began life as a a D2C brand, then went on to secure retail listings at 29 UK Costco stores last year as well as three of Iceland’s biggest grocery retailers (Hagkaup, Kronan, and Netto). The brand’s rapid growth has been made possible by significant investment from Veg Capital; most recently, the impact fund contributed £2 million as part of SHICKEN’s funding round in March 2022.

Following the Tesco launch, SHICKEN says it is on track to achieve ten times its current growth in 2023. The company believes exports will contribute significantly to this growth — they currently account for 20% of sales, and this figure is set to rise to 40% this year.

As a result of increasing demand, SHICKEN has invested £1 million in a new production facility that will allow it to scale up outputs 20-fold, producing 30,000 retail packs per day.

“These are dishes I would prepare for my family at home and it’s incredible to now be sharing this with many other families across the globe as more people look to reduce their impact on the planet. Our new manufacturing site is helping to open up a wealth of opportunities to us as we scale up our operations — the sky’s the limit,” said Satvinder Bains, co-founder of SHICKEN Foods.