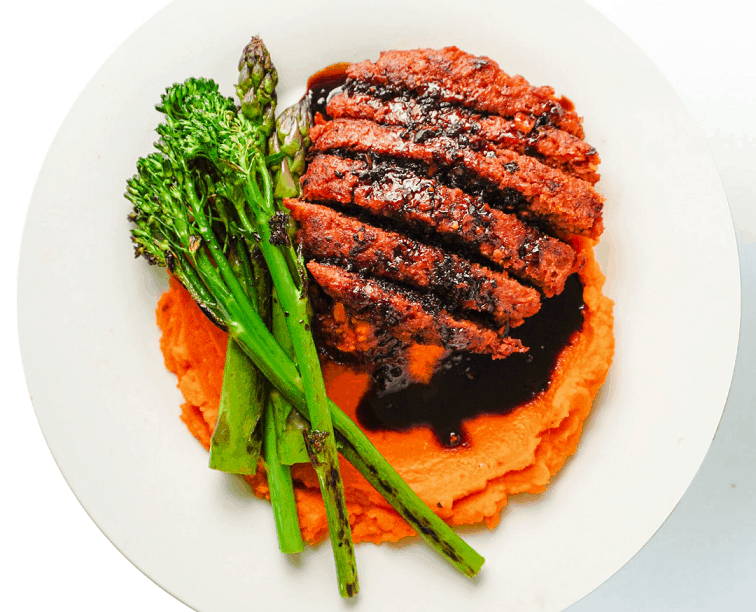 New Zealand startup Berkano Foods has moved into the alt meat market, with plans to launch plant-based beef, lamb, and pork, in what it claims to be a New Zealand first. Founded by Kiwi entrepreneurs and Forbes 30 Under 30 listees Britteny Bryan and Nicholas Harlow, Berkano Foods has also revealed plans for export.

Founded in 2017 and starting out in the manufacturing of ready-to-eat meals, Berkano Foods is now expanding into the plant-based meat market, with the core mission of making plant-based foods more accessible and affordable for everyone. The new product line is due to hit shelves in 2022.

After getting the go-ahead from the University of Canterbury’s ThincLab program – a program developed to help validate, build and scale business ideas –  vegan-owned Berkano Foods saw a gap in the market for plant-based beef, lamb, and pork cuts in New Zealand. Previously the company has launched New Zealand’s first macro-controlled health and fitness-based meals into retail and DTC.

Berkano has just moved into a new facility in Christchurch, in preparation for their next stage of expansion and growth. The vegan business scene continues to grow in New Zealand, with the country’s vegan society recently holding its first-ever vegan cheese awards.