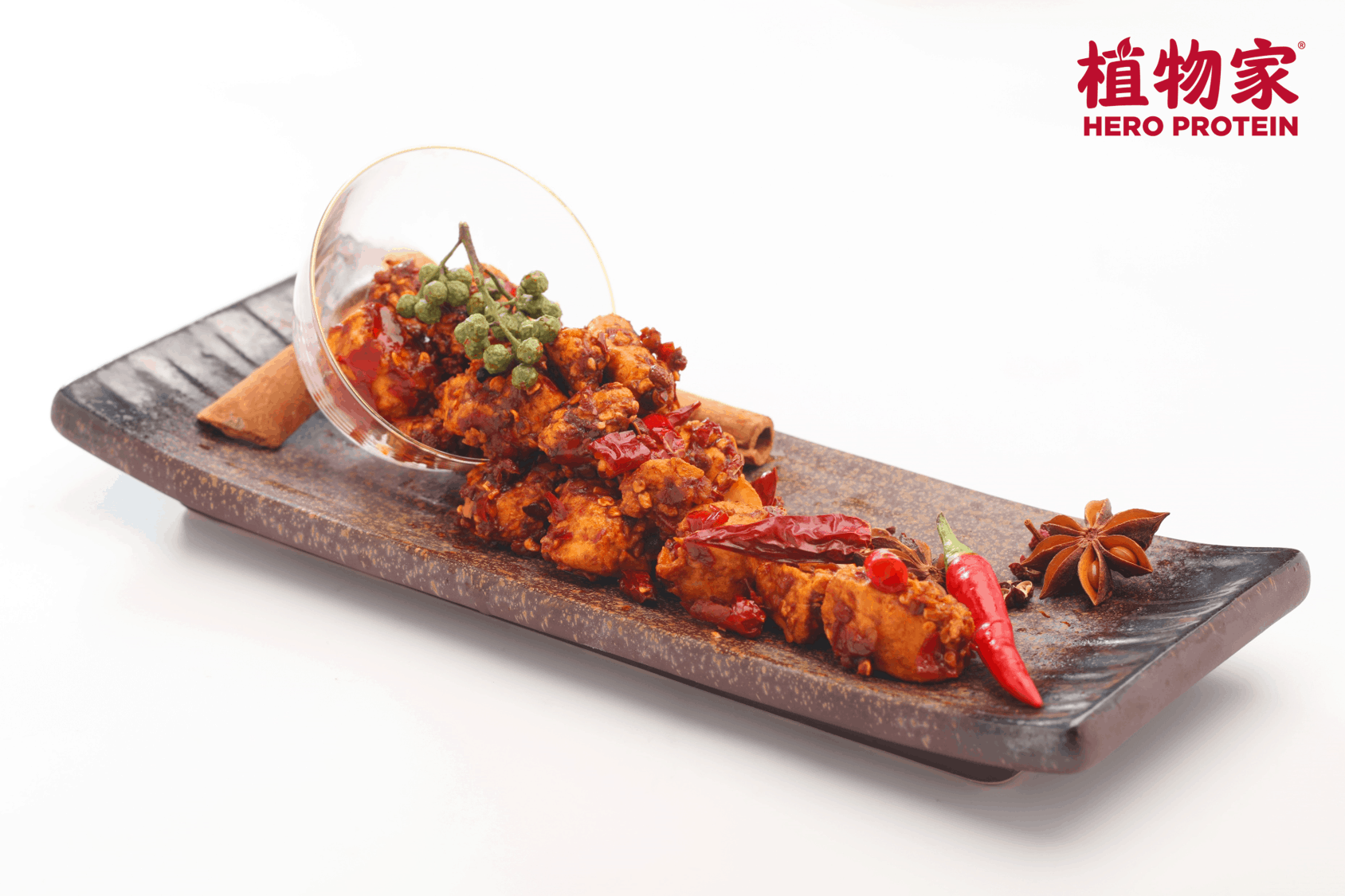 After closing an $850K pre-seed funding round, plant-based meat company HERO Protein announces in a press release that Vicky Lee, former CMO of McDonald’s Taiwan, has joined as CEO with the remit of accelerating the company’s growth. Lee is the latest addition to the growing Chinese brand, joining former senior R&D executives from some of the largest plant-based meat brands in the world, as it looks to open its seed fundraising round this month.

“With growing concerns on health, food safety and sustainability in China, I believe the development of plant-based foods is a key part of the solution,” HERO Protein CEO Vicky Lee.

Founded in 2020 and based in Shanghai, HERO Protein’s plant-based chicken and beef products are created with cutting edge high moisture extrusion technology, and were launched on the market in January. The products are tailored to the Chinese market, which is increasingly witnessing the entrance of western brands like Beyond Meat and The Vegetarian Butcher.

With studies showing demand for plant-based meat in China and Thailand on the rise by up to 200% over the next five years, HERO Protein looks set to be at the forefront of the coming Chinese plant-based revolution, brought about by changing attitudes, prevailing fears regarding the meat industry, as well as significant investment in the plant-based sphere.

At the same time, China is also a country with over 400 million millennials, the demographic most seen to have an active interest in plant-based foods.

In addition to the appointment of Lee as CEO, HERO Protein also announced the re-branding of its Chinese name to better emphasize its mission and vision. The new name, 植物家, can be translated as both “plant-based pioneer” and “plant-based powerhouse,” representing the company’s ambition to make plant-based foods a daily staple of Chinese households. Its chicken and beef products have already landed at a range of top restaurants and corporate and school dining facilities in Shanghai.

“I am very excited to join the team at HERO Protein, where we share the mission to create healthier and more sustainable alternatives for Chinese consumers,” said HERO Protein CEO Vicky Lee. “With growing concerns on health, food safety and sustainability in China, I believe the development of plant-based foods is a key part of the  solution, and we have the right technology and people at HERO Protein to bring the best offerings to the market.”