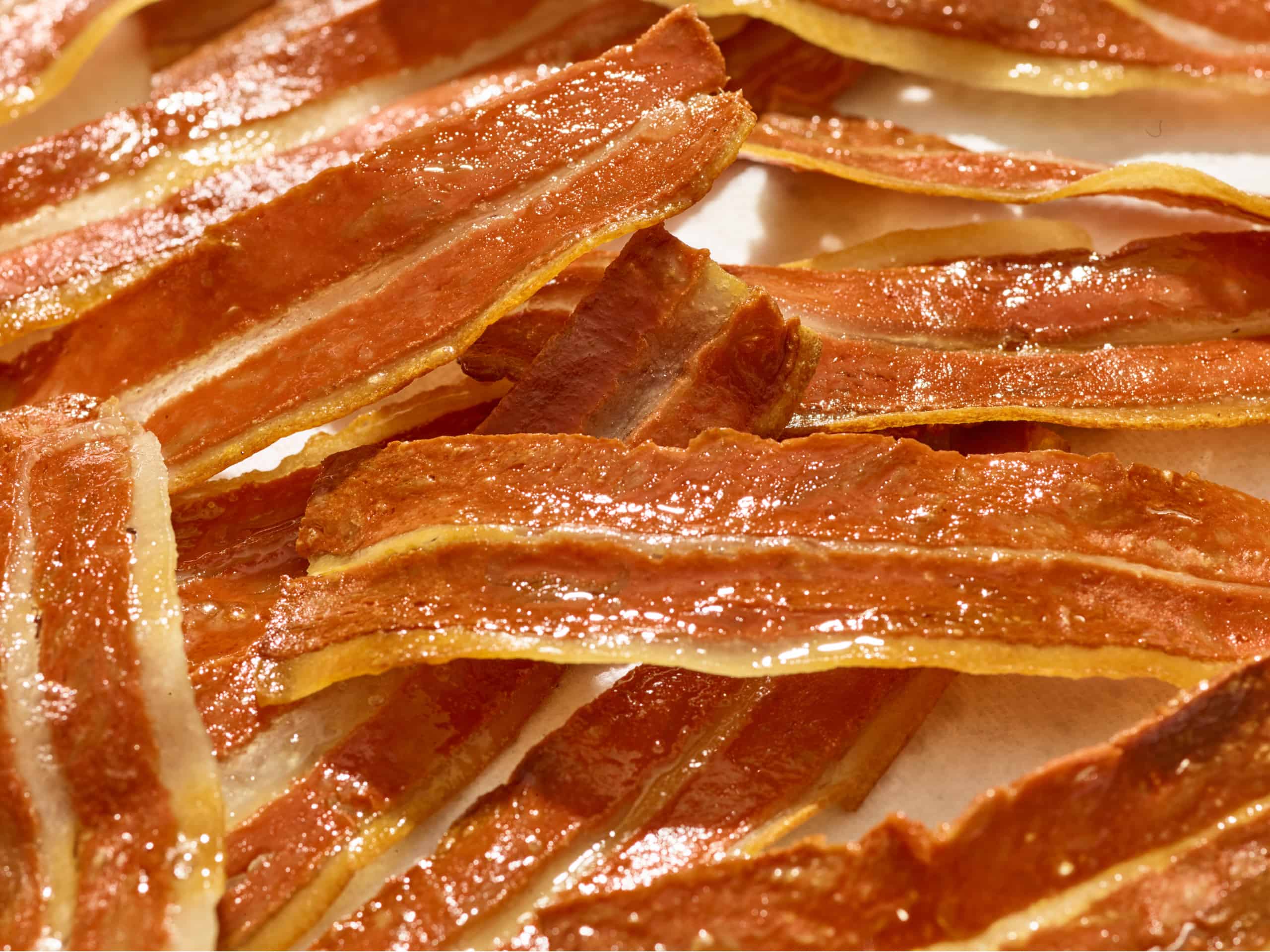 77 Foods, the creator of plant-based pork fat from France, has rebranded as La Vie after more than three years of R&D. The colorful rebranding and playful imagery of La Vie marks the brand’s entry into the retail market for its patented vegan bacon that has been making waves in the plant-based scene.

Made from sunflower vegetable fat in a patented extraction process, La Vie’s bacon and diced bacon are the first products to be released. In blind trials at Sirha 2021 – the food sector and hospitality fair – 92 % of tasters preferred La Vie bacon to its conventional counterpart.

Based on a GMO-free protein base of soy, and available in Natural or Smoked versions, the brand claims its products replicate the taste, look, and texture of pork, both in cooking and in mouthfeel. The secret to this development is down to the creation of the brand’s plant-based pork fat, which won the Unilever World Innovation Prize earlier this year.

“The current polemics are pretty much out of date. People don’t eat meat because of the animal but in spite of them”

Having won prizes at the World Plant Based Taste Awards 2021 as well as the Snacking d’Or 2021 Special Jury Prize, La Vie believes its products are what consumers, wholesalers, and retailers have been waiting for, and is currently available in the charcuterie section at French retailer Carrefour.

“Our mission at La Vie™ is to help people evolve from animal meat to veggie alternatives with a great big smile on their faces (and some finger-licking fat). The current polemics are pretty much out of date. People don’t eat meat because of the animal but in spite of them.  With our tasty products, fun, joyous and positive brand we hope to get everyone around the same table,” stated Romain Jolivet, Marketing and Creative Director.