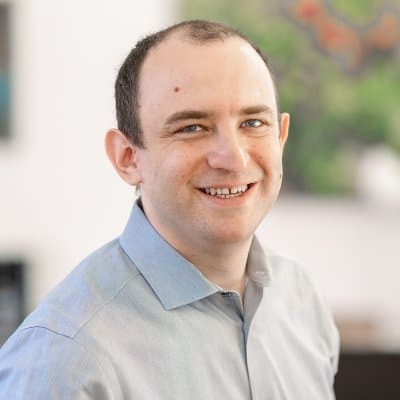 The Good Food Institute (GFI) has announced that Ilya Sheyman will be joining the organisation as president on February 22. In this role, he will lead all aspects of GFI U.S.’s programmatic and administrative operations.

For almost a decade, Sheyman was the executive director at public policy advocacy group and political action committee MoveOn. He has also worked as a strategic consultant for various organisations.

Sheyman’s career has given him extensive experience in social, economic, and racial justice, as well as advocacy, fundraising, coalition-building, and launching new programs.

A tipping point for alt-protein

GFI is dedicated to accelerating alt-protein innovation, with Founder and CEO Bruce Friedrich named an American Food Hero last year for his work to transform the food system. In November, the nonprofit joined forces with the World Sustainability Organization to create a “gold standard” certification program for plant-based seafood, following on from a collaboration with the World Health Organization earlier in 2021 to set out global alt-protein regulations.

GFI has also been campaigning for more investment in alt-proteins to tackle the climate crisis, alongside journalist Ezra Klein and Bill Gates‘ NGO Breakthrough Energy.

“I’m overjoyed to be joining GFI to support and advance the team’s work towards a tipping point moment for plant-based meat and other alternative proteins — with extraordinarily positive consequences for our planet, resilient food systems, animal welfare, and more. GFI has been driving this effort, and I can’t wait to join this transformative and bipartisan work that welcomes all to the table,” said Ilya Sheyman.