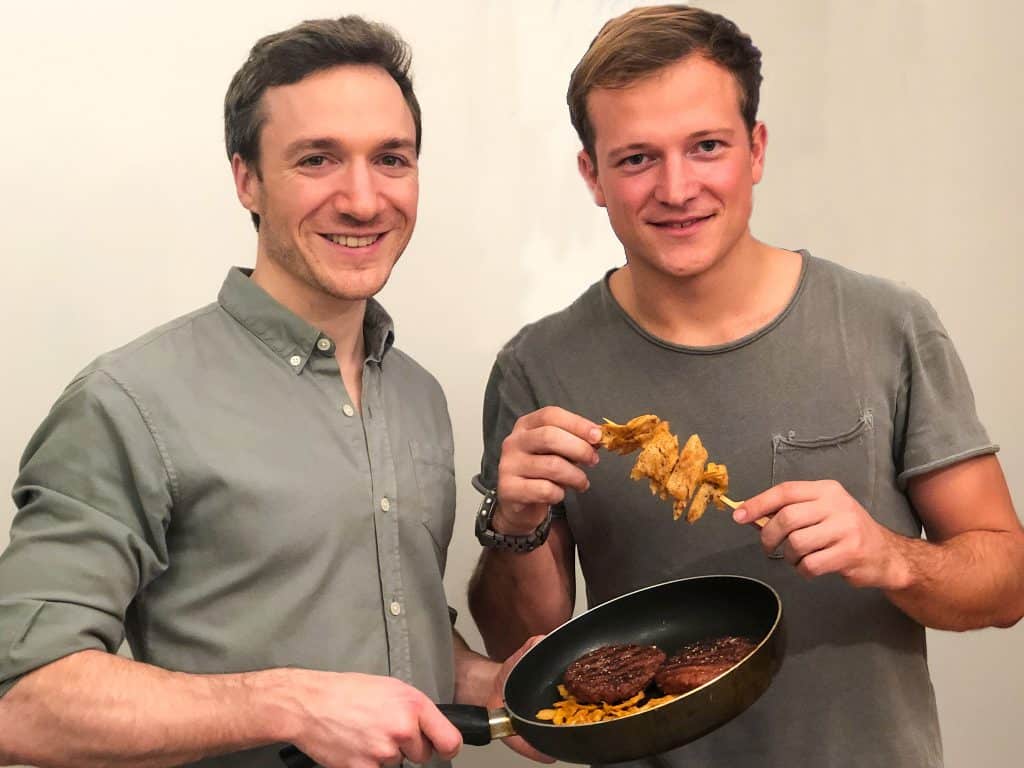 HappyVore, a leading startup on the French plant-based scene, announces several developments. After launching new products, OOH advertising in the Paris metro and major French cities, the company has just announced a raise of €35 million.

In addition, after only three years of existence, HappyVore (formerly known as Les Nouveaux Fermiers) has just announced the opening of its own production plant located in Chevilly, near Orléans. “One year ago, we discovered an industrial wasteland there, which we decided to enlarge and renovate completely to make it our new food production site,” said co-founder Guillaume Dubois.

This former 19,000m² factory was acquired last year by the startup, which refurbished it to increase its production capacity. With the new factory, the company has capabilities to produce more than 10,000 tons of its aiguillettes, nuggets, chipolatas and other vegetable-based meat products.

According to Happyvore, this is the largest plant-based meat production site in France. “This acceleration is made possible thanks to our latest fundraising with new partners: Invus with the family group Artal, without forgetting our historical investors who trusted us at the beginning, notably Adrien de Schompré (Sushi Shop), Philippe Cantet, Rémi Douchet, Gregoire Kaufman”, said the founders.