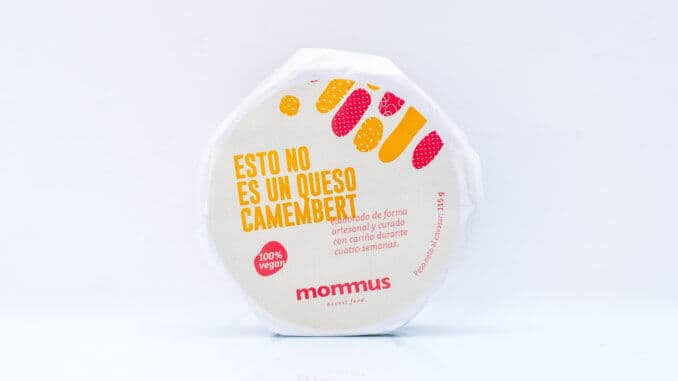 As reported today by Valenciano newspaper Alicante Plaza, Mommus has teamed up with the Valencian Dacsa Group to bring its vegan cheeses and spreads to Spanish supermarkets. “The entry of the Valencian group in the capital of Mommus will allow the company to increase its production capacity and expand the distribution network of its product range while becoming the first Spanish vegan cheese company to receive investment,” states the publication.

We first reported on Mommus back in 2020 when this artisan cheesemaker from the small town of Elche was named one of the best cheeses in the world. The company’s extensive vegan cheese portfolio includes vegan camembert, cream cheese, blue cheese, black garlic, smoked, and truffle flavours (pictured) amongst many more.

When the brand’s vegan camembert, created with 70% cashew nuts coated with camemberti penicillin to provide the typical white coating of camembert, was awarded the prize by abillion two years ago, this “marked a milestone” for the company and has contributed significantly to its success, according to CEO Cristina Quinto.