Moo Free Chocolates Welcomed into The Guild of Fine Food

Moo Free is a world-leading manufacturer of dairy-free and organic confectionery products that are available in over 22 countries around the world. The company was founded at the end of 2010 by husband-and-wife team Mike and Andrea Jessop. Ginette Higgs was appointed to the board as Managing Director in May 2018 and Rob Whittleston joined as Operations Director in November 2018. A factory in Holsworthy was opened in June 2014, and a second, adjacent factory was opened in May 2018.

The Guild of Fine Food is an independent body with over 1,300 members which celebrates and encourages artisan food producers in the UK. In recognition of its premium, artisanal ‘milk’ chocolates, the Guild has accepted Moo Free Chocolates into its ranks as a member. 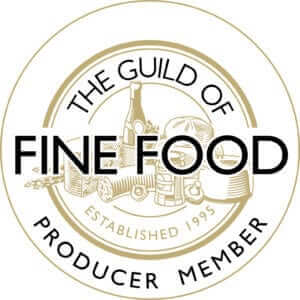 “We are incredibly proud to have been accepted as a member of The Guild of Fine Food”, says director and co-founder Mike Jessop. “We’ve been carefully producing ethical, artisanal chocolates for years from our north Devon factory and it’s humbling to have our dedication to ethics and quality recognised through admission to such a prestigious organisation focused on quality food and drink”.

The company has grown rapidly since launching in 2010, due to year-on-year increases in demand for its vegan confectionary. Their products are available throughout independent farm shops and delicatessens across the UK, and in over 22 countries around the world.

Introducing CORKonLINEN: a Unique and Compostable Leather Alternative
May 17, 2022