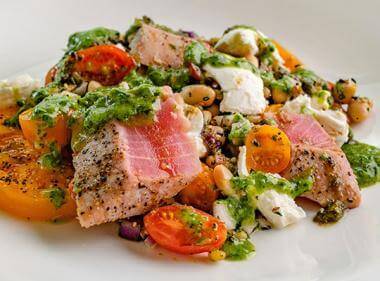 Nestlé CEO Mark Schneider has spoken about his plans in the plantbased arena, stating that the growth from brands such as Garden Gourmet has brought revenue of $203.92m and describing alternative protein as a once in a generation opportunity.

Speaking to both the Financial Times and Food Navigator at the end of last week, the CEO outlined plans for large expansion within plant proteins, and that the corporation is currently developing a vegan tuna product which should be available later this year.

“We are talking chicken analogue products like chicken nuggets and chicken fillets. And we have been working now on a tuna salad analogue, which I think holds great promise and should be out on the shelves later this year,” Schneider said to Foodnavigator.

“What you’re seeing here is a once in a generation opportunity to review, rejuvenate, re-energise this category because these ingredients, these plant-based ingredients, can find their way in so many of our dishes in follow-on products that make up this category.”