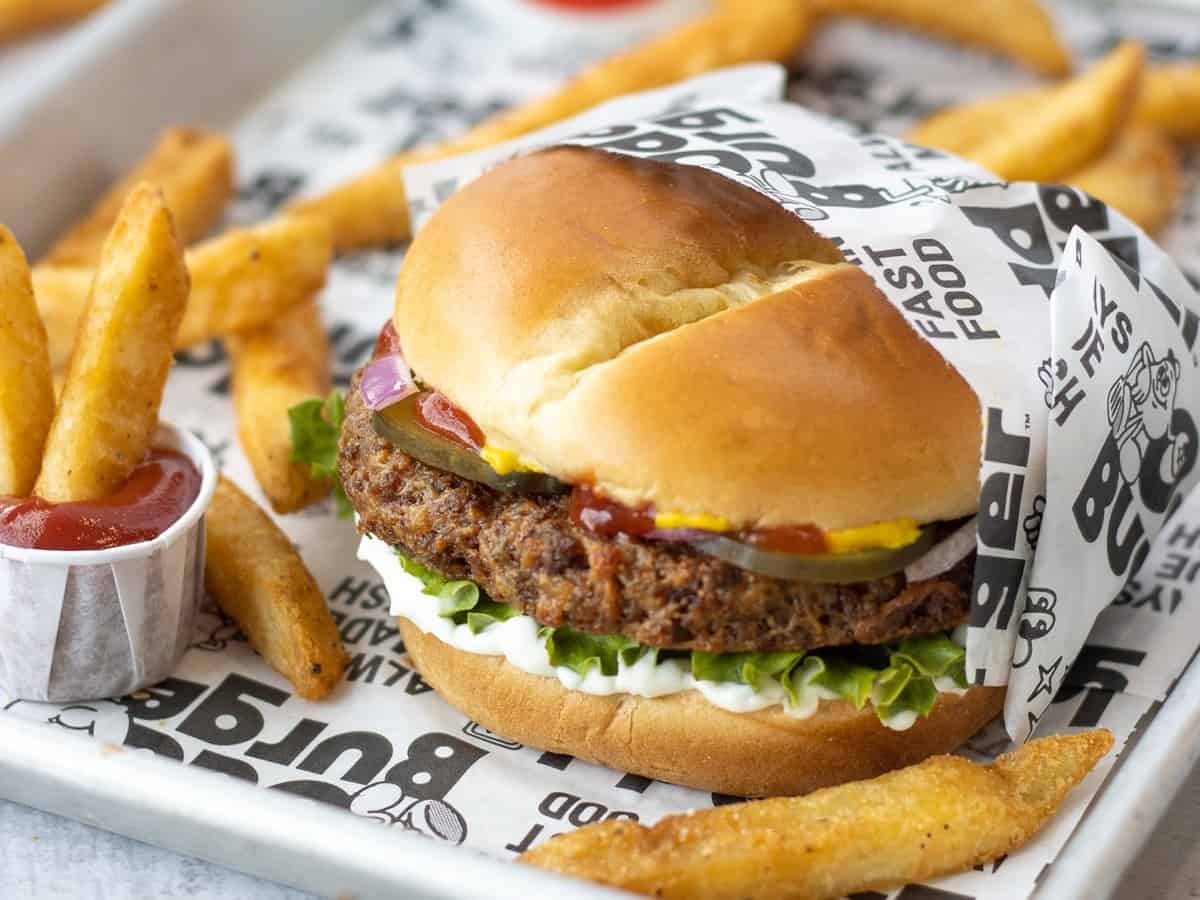 Canada’s Odd Burger, the first vegan fast-food chain to become publicly listed, announces today it is to open an impressive 36 new locations throughout Alberta and British Columbia as the company continues to see success.

The news comes just weeks after the fast-growing chain announced the launch of Preposterous Foods, a new range of proprietary plant-based proteins and dairy alternatives such as burgers, chickUn fillets, sausage, and dairy-free sauces, which will be distributed exclusively through Sysco, the world’s largest foodservice company.

Odd Burger currently operates six locations and there are an additional eleven in planning and construction stages, including Calgary and Victoria franchises.

Odd Burger has signed an area representative agreement with Sai-Ganesh Enterprises (SGE), a hospitality group specializing in franchising and commercial construction, to establish the new Odd Burger locations over the next seven years.  SGE will oversee the franchises and has plans to launch a corporate restaurant location in Western Canada for training new franchisees.

Says James McInnes, Odd Burger co-founder and CEO: “One challenge in franchising is providing an ideal level of support and service to locations that are distant to our corporate headquarters, but partnering with Utsang and the SGE team of local experts has eliminated that concern entirely. Area development agreements are a logical way for us to grow and make an impact in new regions, so we’re eager to forge similar relationships with like-minded developers in Canada, the U.S. and internationally.”

“SGE is always looking for truly new and unique opportunities in fast food, and Odd Burger is among the most exciting and modern concepts we have ever encountered,” adds Utsang Desai, president of SGE. “As lifelong vegetarians, we have a passion for healthy eating and environmental stewardship, and Odd Burger also adds innovative technology that enhances efficiency, profitability, and customer experience.”