OmniFoods today announces an international price reduction of 22% across signature products OmniPork Mince and OmniPork Strip as well as a 17% drop for OmniPork Luncheon, AKA the famous vegan SPAM. The company also reports that in order to upscale it is ramping up production in Thailand, establishing a second production site in China’s Guangdong province for the domestic market, as well as actively seeking a further production site in Taiwan.

The Asian phenomenon, which has dominated its native continent and is already making headway into the UK and the USA, reports that the reduction could even reach up to 34% with bulk promotions such as 4 packs of OmniPork for HK$99; indicating that it has achieved the milestone of reaching price parity with pork, the most consumed meat in Asia.

The first phase in the price adjustment begins in Hong Kong and will soon be followed by international markets.

David Yeung, founder and CEO of Green Monday Group and OmniFoods, comments on the announcement, “Since we unveiled OmniPork in 2018, we are humbled by the support from millions of people who have tasted and loved our innovation. OmniPork has improved the daily food variety for many vegans and vegetarians, inspired and has even empowered many to embark on their plant-based journey.

“Today marks another mega milestone towards our group’s unrelenting mission to ‘make change happen, make green common’. We firmly believe there should be no taste, nutrition AND price sacrifice or barrier for anyone who aspires to switch to a healthier, more sustainable and more humane choice. 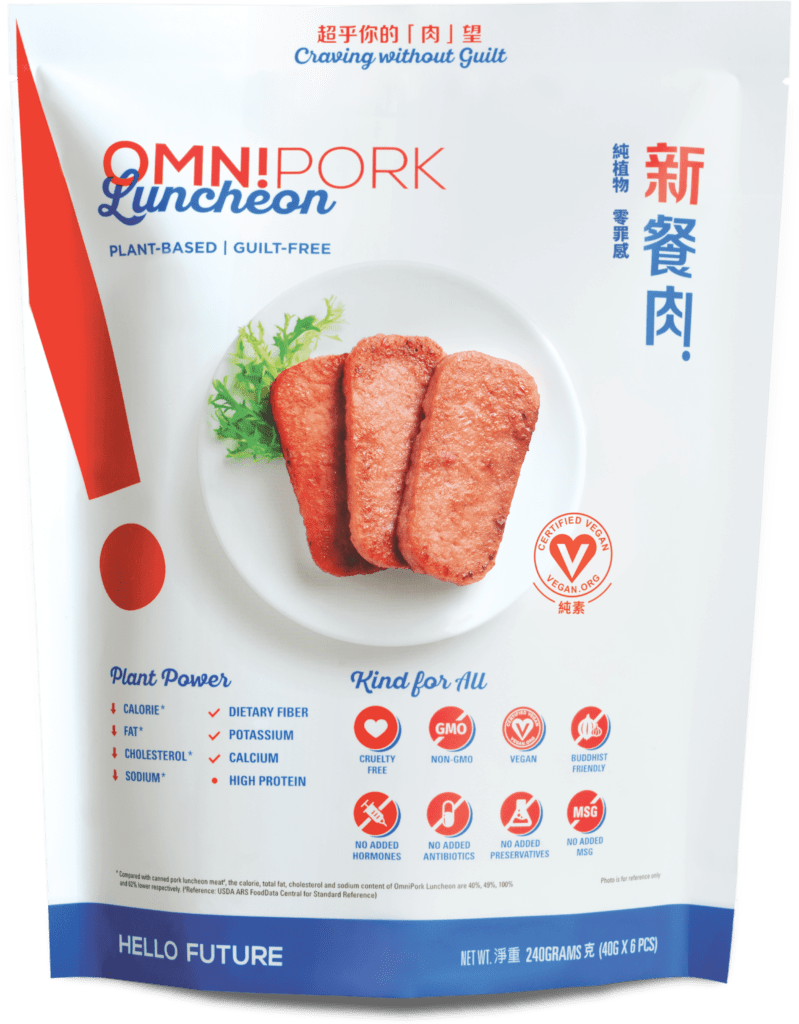 “By reaching price parity ─ first in Hong Kong, and very soon regionally and globally ─ means such barrier no longer exist. Customers and restaurants could not have found more reasonable grounds to favour plant-based products but not exclusive to OmniPork. Governments, corporations, families and individuals now have an additional powerful alternative solution to tackle the global challenges of climate change, food insecurity and public health.”

OmniFoods’ products are currently available in over 40,000 POS globally, online and offline, and expanding outside Asia Pacific to other markets including the US, the UK and Australia. OmniFoods products are now available in global QSRs like McDonald’s, Starbucks, Michelin-starred restaurants like Ming Court of Cordis Hong Kong, mega retail chains like 7-Eleven, ParknShop and Wellcome, and online platforms like HKTVmall and Alibaba Tmall, just to name a few.

The price of pork

Pork price has surged due to factors like African swine fever. The average selling price of OmniPork after price reduction would be on par with the average fresh lean meat price sold in Hong Kong and Macau wet markets (~HK$28/230g according to Macau authority – iam.gov.mo).

*Product name and product specifications may vary in different international markets or according to halal requirement
Share article: