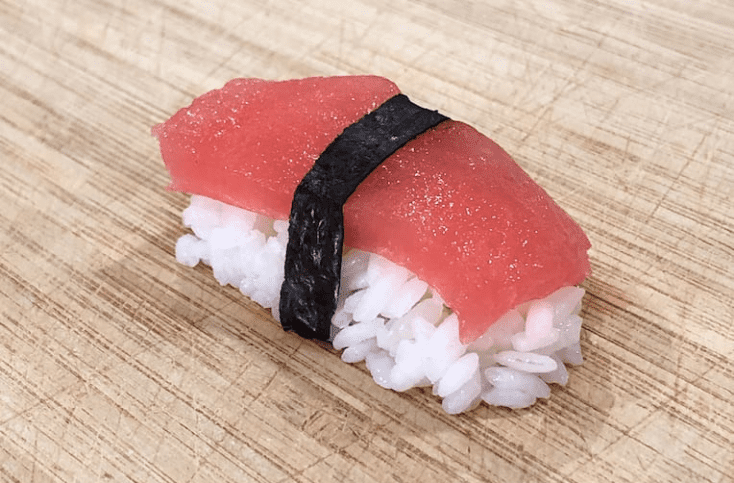 Impact Food is an alt-seafood startup from the University of California’s Haas School of Business. The company’s first product is plant-based raw tuna which replicates the flaky, delicate texture of the conventional variety.

The startup’s founders are Kelly Pan, who is in charge of strategy and business development, Stephanie Claudino Daffara, who leads market research and design, and Adrian Miranda, who is responsible for product research and development. The three met on a course at UC Berkley’s Alt-Meat Lab.

After extensive trial and error, the startup found that some plant starches and proteins are able to replicate the texture of raw fish. The founders also discovered ingredients that mimic the aroma and nutritional profile of seafood. The ingredients used have not yet been revealed.

Impact Food initially taste-tested the plant-based raw tuna among family and friends, as well as chefs at a sushi restaurant. The startup says feedback so far has been very positive, in particular with regard to appearance, mouthfeel, and nutritional value. However, the company believes further improvement is needed to make the tuna an exact match for conventional fish.

Once the tuna has been perfected, Impact Food aims to develop other alt-seafood products such as calamari and scallops. Companies such as Aqua Cultured Foods and Wildtype have previously developed cultivated sushi-grade fish, but Impact Food claims it is the first company to make fully plant-based raw tuna.

“The biggest challenge for us has been perfecting our product,” co-founder Adrian Miranda told Berkley Haas Newsroom. “Replicating the flaky and delicate texture of raw tuna as well as its aroma using plant-derived ingredients is something that has never been done before. It’s been a lot of trial and error.”