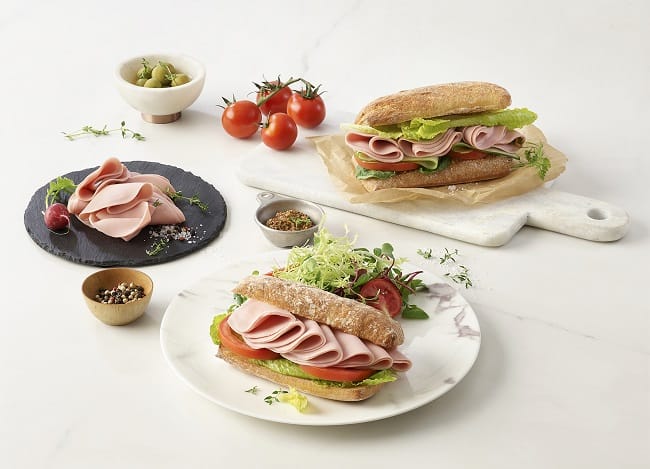 To establish the US-based Better Foods, Shinsegae states it will spend $6M on setting up the subsidiary by next month, with an additional $4M allocated for the first half of 2023. Intended to boost Shinsegae’s competitiveness in the meat alternatives market, the US operations will support R&D and global expansion of Better Meat, which currently produces cold-cut sliced ham and meatball products.

After debuting Better Meat in Korea in 2021, the company partnered with Starbucks Korea to launch plant-based ham and arugula sandwiches. By January 2022, the coffee chain had already sold over 300,000 of Better Meat’s sandwiches, according to Business Korea.

Korean alt-meat meat producers, such as UNLIMEAT, have begun to make major waves in the US and beyond. In January, UNLIMEAT announced the launch of its first US retail sales with a huge billboard placement in Times Square.

Investments in South Korean alt-meat producers have positively soared over the last year, owing to a variety of economic, social and environmental influences. Overall,  the South Korean alternative meat market grew 35% YOY between 2020 and 2021, with much of that growth driven by millennials.

Shinsegae hopes to capitalize on this fast-growing trend. “We plan to create momentum in expanding our alternative meat business, which is our new growth engine,” said a Shinsegae Food official. “We will also carry out various activities to grow our Better Meat brand as a leading protein replacement in South Korea and abroad.”