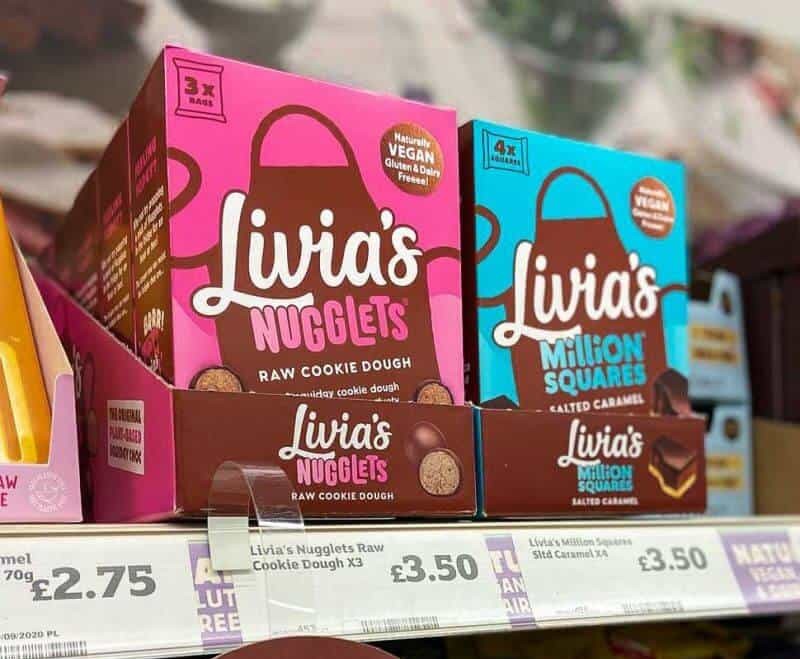 British free-from snack brand Livia’s has been bought by London investor S-Ventures after falling into administration. The company reported a pre-tax loss of £1.4 million for the year ending September 30 2020.

Until 2020, Livia’s experienced rapid growth of 150% YOY. The company was the UK’s fastest-growing free-from snacks brand, raising over £1 million in a crowdfunding campaign 18 months ago. With listings at major supermarkets Sainsbury’s, Tesco, Waitrose, and Ocado, founder Olivia Wollenberg told vegconomist in 2021 that the brand was “unstoppable”.

Despite its previous success, Livia’s was hit hard by the pandemic, as many of its sales come from meal deals, impulse buys, and on-the-go snacks. Livia’s had been valued at £11.3 million following its crowdfunding campaign, but the company has now been sold for just £355,000. This consists of £130,000 in cash and over 320,000 shares in S-Ventures, each priced at 70p.

Crowdfunding backers will not see a return on their investment, but Livia’s employees will keep their jobs. It is not yet clear whether Wollenberg will stay with the company.

“The Livia’s team have done a fantastic job in establishing and building a respected and successful brand and set of healthy plant-based snacking products across multiple channels,” said S-Ventures CEO Scott Livingston. “As part of the S-Ventures Group, Livia’s can expand and progress and become a mainstream player in this growing natural-based products market. I am very excited about the prospects of this innovative business and the enthusiasm of its management team.”