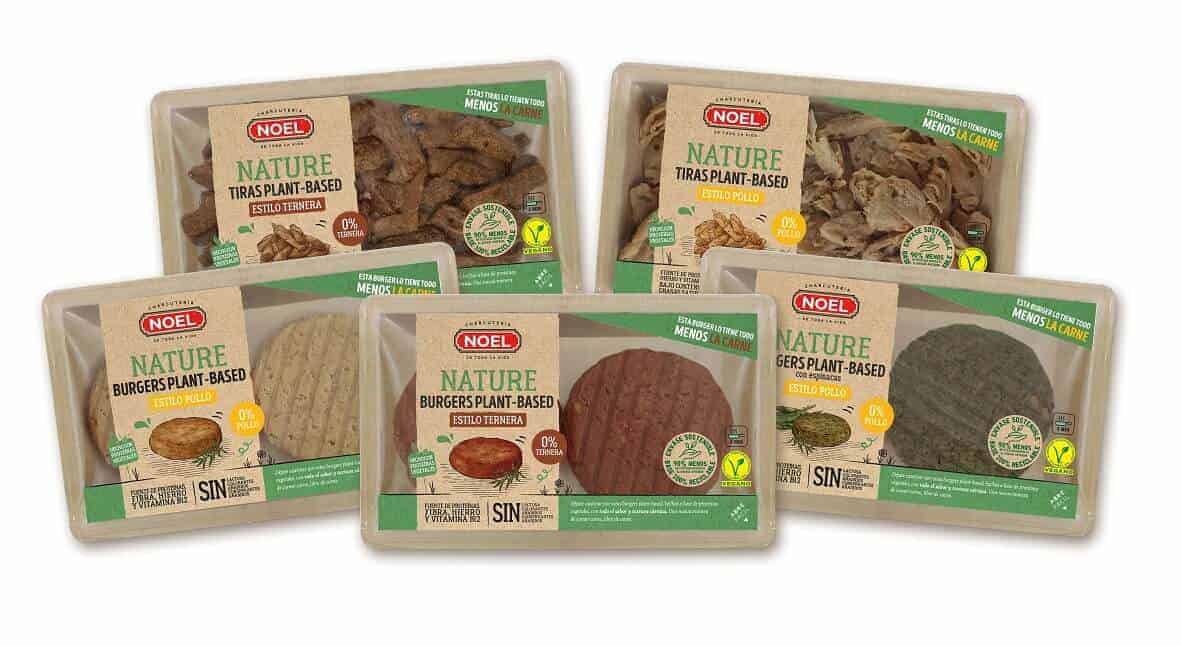 Noel Alimentaria, a Spanish meat producer that processes up to 2,500 kg (over 2.5 tons) of meat every hour, is expanding its previously vegetarian brand Nature to include 100% plantbased products including vegan veal, strips  and burgers. Spain is quickly abandoning its carnivorous roots and looking more and more to plantbased.

The news follows a report last month from the European Consumer Organisation, BEUC, who has produced data that evidences that European consumers, including the Spanish, are ready to shift to sustainable plant-based options.

The meat processing giant began introducing its plant-based lines four years ago and according to financialfood.es was the first meat processing company in the country to add plant-based options to its product lines. The company has revealed that by the end of 2020 it will also be distributing plant-based mince, beef, and vegan pork products such as chorizo and sausages.

Recently we reported that Campofrío, another major player in processing animal meat in Spain has also introduced vegans lines, and this week it was revealed that household name in meat-based ready meals, Carretilla, has released a plantbased convenience product in Spain featuring Heura plant meat.

Noel Alimentaria has invested €1.3 million in technology, research, development and innovation into this vegan brand; it also plans to add 12 people to its staff to work on the plant-based products. All plant-based options in the Nature range have the V-Label seal, which certifies that they are suitable for vegans.