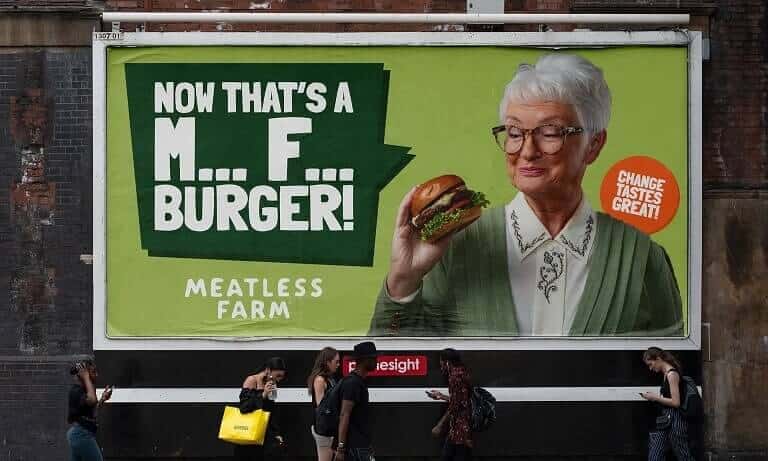 UK based The Meatless Farm reveals its nationwide £1.5 million campaign, which is aimed at former meat-eaters who have switched their diet during lockdown. The new campaign is supposed to offer a light-hearted approach to promoting the plant-based lifestyle in the UK.

So far, it has been a phenomenal business year for The Meatless Farm, as it partnered with different brands, launched its vegan breakfast sausage and was identified as the fastest-growing brand in the meat alternatives market. Most recently, the company launched into Britain’s largest food retailer Tesco and is now stocked in all four major supermarket chains in the UK.

As reported by The Guardian, more than a third of Britons have increased their consumption of plant-based food during lockdown. The Meatless Farm identifies the current plant boom as an opportunity to emphasize the versatility of meat substitutes, especially with regard to former meat eaters who just entered the plant-based market.

The new campaign is the most expensive advertising yet by the company, enabling the broadcast on Channel 4 during August and September and further visibility through radio adverts, advertising posters, social media and supermarket packaging. In comparison to the company’s first TV ad campaign called “Try It”, which resulted in a sales uplift of 20%, this is a no-holds barred provocative campaign with its “M*** F***” slogan.

Speaking about the attention-grabbing slogan and its message, Michael Hunter, Meatless Farm’s chief growth officer, said: ”We felt the nation needed a bit of a lift as it’s been a tough time for everyone, so more than ever we wanted to create something light-hearted and fun that consumers would remember when they are looking for alternatives to meat.”