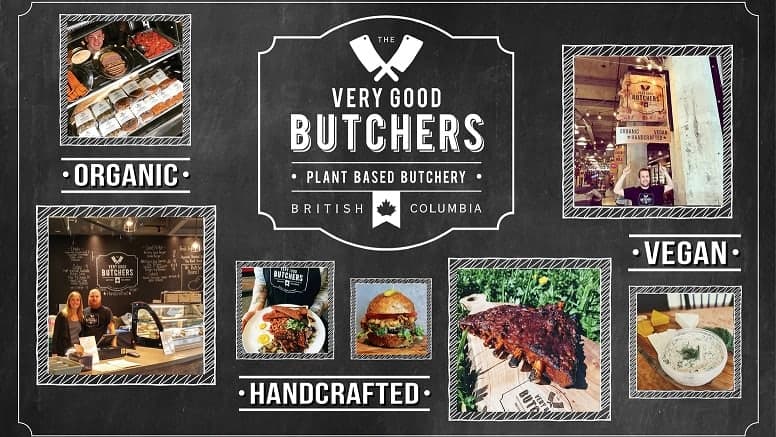 Following the onboarding of Anna Silva previously of Daiya, fast-growing Canadian plant meat producer The Very Good Butcher has plans to move into the dairy-free sector following an agreement to acquire The Cultured Nut. A non-binding letter of intent for the acquisition of all shares in the vegan cheese brand has been signed.

Fellow Canadian outfit The Cultured Nut is a producer of artisan, small batch, plant-based cheese, located in Victoria, British Columbia. It produces a popular range of innovative products such as block style cheeses, cream cheese and vegan butter, which are both soy and gluten free. Since September 2017, The Very Good Butcher has been selling The Cultured Nut’s products in its retail and online stores and has received excellent feedback as well as results.

The Very Good Food Company, trading as The Very Good Butcher, showed impressive financial results throughout 2020, revealing higher gross margins than industry giant Beyond Meat in Q2. A strategically located California production facility was also announced to increase production capacity with an eye to further expansion in the US market.

Co-founder Mitchell Scott said in a statement, “With a shared ethos of using only high quality whole food ingredients, The Cultured Nut is a perfect addition to our existing and growing product portfolio. We have been selling their plant-based cheeses in our eCommerce and retail stores since September 2017, and have seen increased demand from consumers and highly positive reviews.

“We feel that by quickly integrating The Cultured Nut into our existing processes and distribution network, these synergies will allow us to scale their operations significantly and create a key, and entirely new revenue stream for our Company.”

The letter of intent is at present non-binding, and the deal will be subject to regulatory approvals after due diligence and a definitive agreement have been reached. The cost of the acquisition is set at CAD3million with key staff members moving over as part of any deal. The Very Good Food Company went public last year as the world’s second plant-based meat IPO.

When previously asked by vegconomist about their expansion plans for 2021 and further, founders Mitchell Scott and James Davison revealed: “We are expanding our retail presence to Central/Eastern Canada … and looking at the US for early [2021]. After that it’s Europe and APAC! We have plans for global expansion of the brand starting with several flagship stores in North America with increased online and retail presence.”