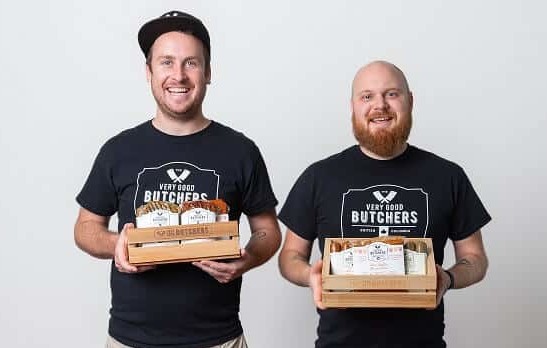 Canada’s Very Good Food Company recently announced that it is significantly expanding its production capacity at its facility in Rupert, Vancouver, and is close to starting production at its facility in California. The news marks the latest in a long line of successes for the publicly listed company, which has grown at an astonishing rate since its launch just a few years ago. Here we take a look at the story so far.

The production “Line 1” became operational in April 2021, producing an average of nearly 6,000 kg of products per day. In the first quarter of 2022, Line 1 production is expected to increase to approximately 27,000 kg per day to meet the increasing demand for VERY GOOD’s products. The second production line (“Line 2”) will begin in the fourth quarter of 2021 to produce its new gluten- and soy-free Butcher’s Select line. This premium line is designed to compete with Beyond Meat and Impossible Foods by offering extra meaty flavor and texture with simple and wholesome ingredients.

“As governments are waking up to the fact that meat production is incredibly detrimental to our environment, we can see subsidies that were traditionally granted to the meat and dairy industry diverted to more sustainable farming practices, like the production of plant-based proteins and potentially towards cultured meat products,” founders Mitchell Scott and James Davison told vegconomist in an interview last year.

“We see meat as becoming increasingly peripheral in our food supply.”