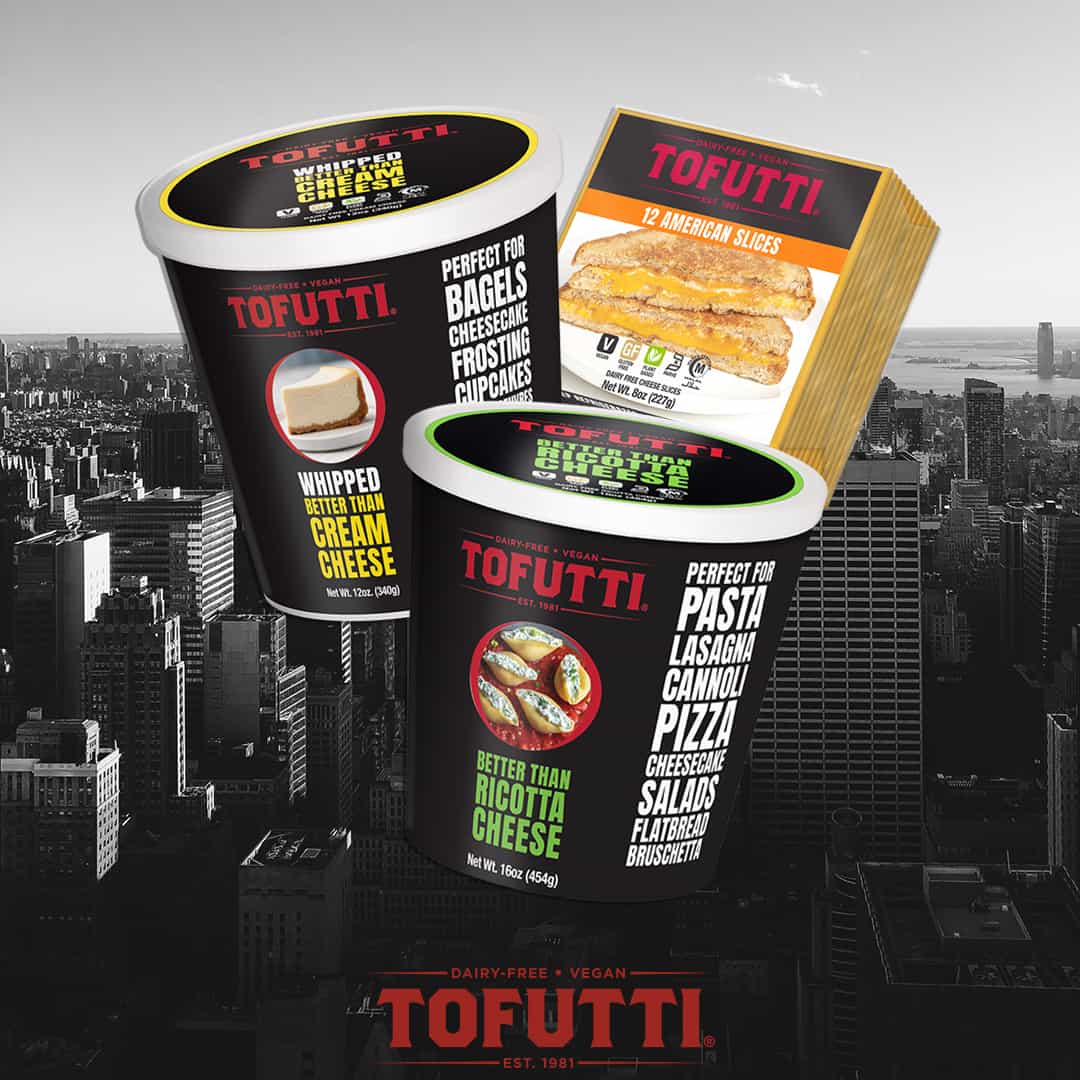 Tofutti, a 40-year-old plant-based foods brand, announces it is updating its branding and packaging with a new, bolder look. Intended to position the brand to better compete in a fast-growing market, the latest packaging will launch later in August, with the old packaging phasing out over the course of this year.

The updated black design features bold red lettering evoking a retro feel, which Tofutti says is fitting for a company founded in 1981. The packaging also now prominently displays the words “plant-based” and “vegan”, while the company’s vegan cheese and sour cream clearly state their gluten-free status.

By labeling its products “vegan”, Tofutti says it is proudly advertising to its largest group of supporters. “Look at the sorts of people who follow us on social media. It’s obvious that vegans are our biggest fans,” said Gerry Pugliese, Marketing & Public Relations Manager. He adds, “Tofutti started as a Kosher Parve brand, it’s part of who we are, we’ll always be that too, but now we shout ‘vegan.’”

Tofutti CEO Steve Kass, who has been with the company since 1986, says the packaging will help customers more easily find the products on store shelves.“Today’s natural foods market is flooded with competitors, so we knew it was time to reassess our branding. We want consumers to recognize all Tofutti products as Tofutti products,” says Kass. “It’s not every day that a forty-year-old company changes its look; buyers are already enthusiastic about the changes.”