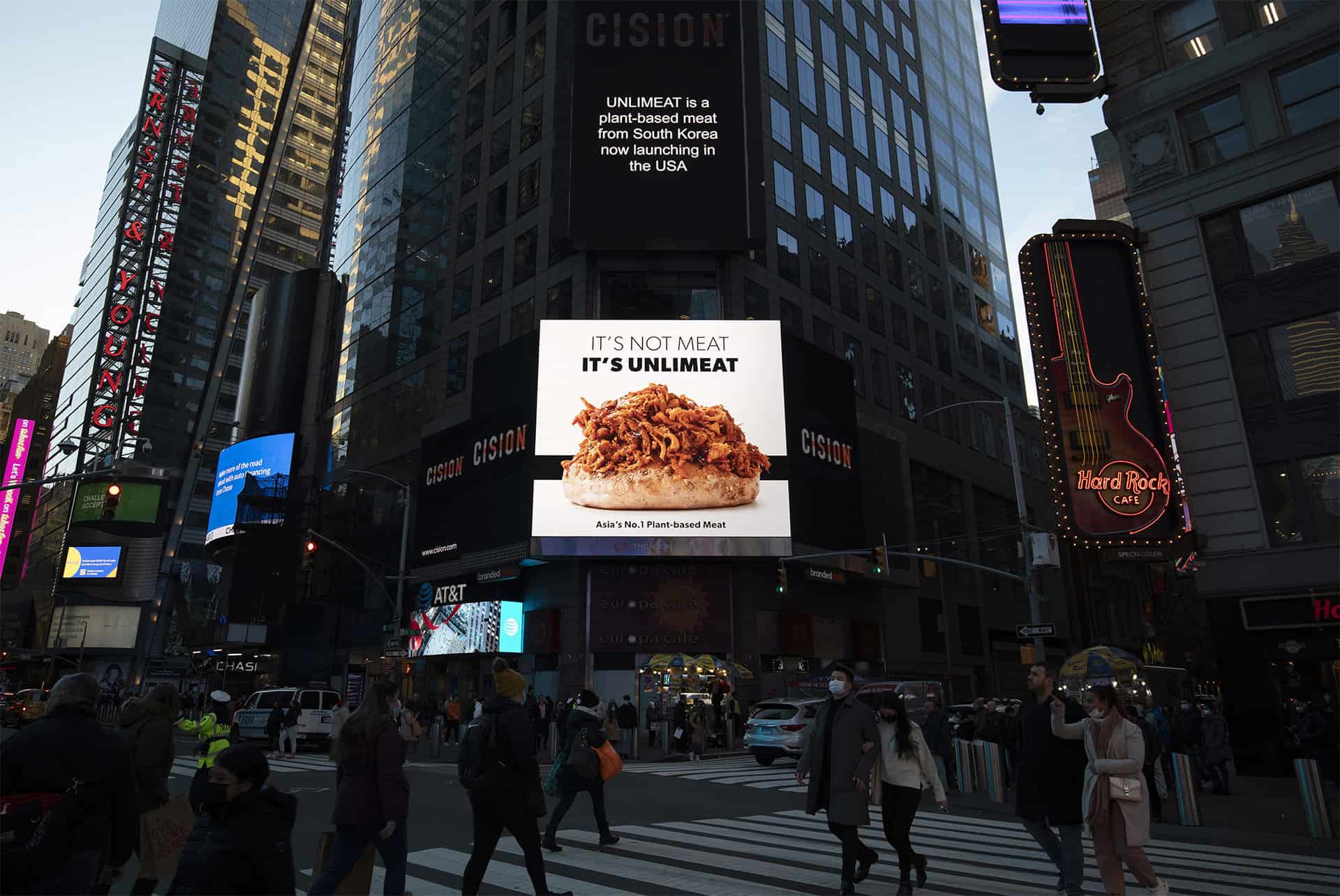 UNLIMEAT today launches its plant-based jerky in the US via a Kickstarter campaign. The brand is a huge success in its native South Korea where the jerky reportedly sold out immediately upon its launch this April, joining existing products such as plant-based pulled pork, mince, burger patties, meatballs, cheese, and dumplings.

In January of this year, UNLIMEAT products became available through Wooltari Mall USA, a leading e-commerce platform for Korean goods, announcing its arrival in the US with a billboard in New York’s Times Square.

Unlike most leading meat alternative brands, Unlimeat’s products cater specifically to the Asian market, and the jerky product is, according to the brand, the first Korean-made Asian flavor inspired jerky to be introduced to the US market.

Owned by the Zikooin Company, UNLIMEAT jerky is made using non-GMO soy protein, wheat protein, and other plant-based ingredients to create the same chewy texture as real meat. Beets and pomegranates are used for its coloring, and citrus extracts are used as natural preservatives. The product contains 9g of protein per 1 serving(30g), the same as real beef jerky, and comes in two flavors: Korean BBQ  and Smoky Chili.

UNLIMEAT commented, “This is the first time we’ve introduced our Asian-inspired plant-based jerky to the US market. Korean BBQ is becoming popular in the USA, so we’re hoping this original, traditional Korean BBQ recipe straight from Korea will be popular. We hope we’ll attract a lot of attention from American consumers.”

UNLIMEAT Plant-based jerky will debut on Kickstarter, with a pre-launch on May 10th and the official launch of its month-long Kickstarter on May 31st. Customers ordering the jerky during the Kickstarter campaign will receive a 30%-38% discount.