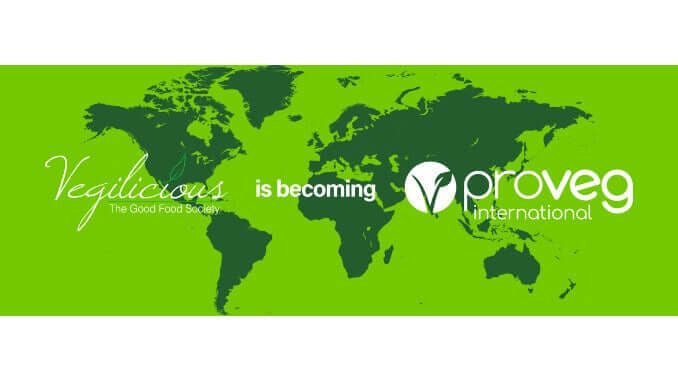 South African charity Vegilicious have officially announced that they will become part of ProVeg International under the name ProVeg South Africa, as part of a bid to significantly increase the scope of their advocacy work and expand their campaigns both nationally and internationally. A statement was published on the Vegilicious website regarding the merge, explaining that, “In a global food system it is necessary to look beyond borders. With ProVeg International we want to take an important step towards unifying the international vegan food awareness movement.”

Vegilicious was launched in 2011 as part of a project for University of Cape Town’s Green Campus Initiative and have been thriving ever since. The organisation works with a variety of businesses to help them meet the increasing requirement for plant-based products, hosting cooking classes, food tastings, film screenings, wellness weekends and other events as part of their work to spread awareness of plant-based living. “We believe that the best way to inspire people to consider more conscious lifestyle choices is to make it easier and more accessible – mostly, we let the food do the talking.”

Through this new collaboration, Vegilicious will join ProVeg on their mission to reduce the global consumption of animal products by 50% by the year 2040. The announcement is encouraging news in particular for country like South Africa where consumption of animal products is still on the rise; hopefully this development will raise awareness amongst South Africans and help to curb this growth.  It was noted that, “Naturally, cultural differences between countries must be taken into account, however the basis of the work and the strategic approach will remain the same.”

The statement continues, regarding plans for the immediate future: “Going forward we aim to connect the South African vegan movement with more international campaigns,  and focus even more on the lobby for plant-based food within the food industry and (international) politics.” The website www.vegilicious.co.za will continue to exist for the interim as a new website is being built. After the transition, the Vegilicious website, newsletter and social media channels will be referred to ProVeg South Africa.