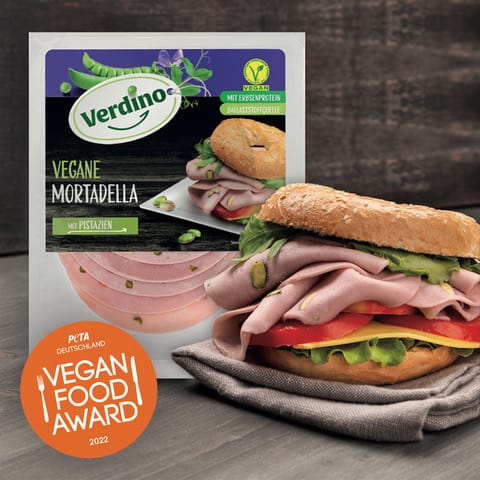 The PETA jury and community chose Verdino’s Mortadella with Pistachios as the best vegan cold cut and Unfished PlanTuna as the best vegan tuna. The fish alternatives in its Unfished brand are available in cans as well as in bulk for food service, in olive oil, in water, in vegan mayonnaise, with Mediterranean herbs and with lemon & pepper. The range also includes two ready-to-eat salads with PlanTuna and various vegan fish creams.

Verdino is Romania’s first producer of meat alternative products based on pea protein. After becoming the market leader for meat alternatives in its native Romania just three years after launching, the company is enjoying successful international expansion with its vast portfolio of 50+ SKUs ranging from plant-based sausages, cheeseburgers, salami, mince, cheese and alt fish products.

“We thank PETA and the German community very much for this great recognition,” says Raul Ciurtin, founder of Verdino Green Foods. “It is the reward for a lot of effort, time and money we put into developing our plant-based alternatives.”

“We are excited about Verdino’s vegan products,” says Tobias Schalyo, manager of corporate responsibility at the world-renowned animal rights organization PETA. “The company is enriching the vegan food market with enjoyable, purely plant-based and innovative creations. We hope that its work will inspire many more companies in the food industry.”