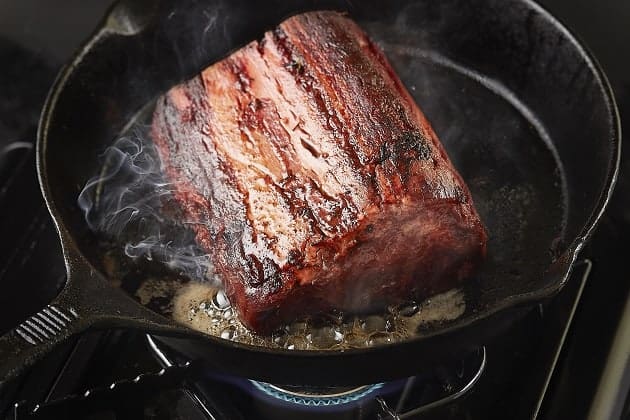 Famous chef Marco Pierre White is now offering 3D printed vegan steaks at his Steakhouse Bar and Grill in Plymouth, UK. The steaks are made by Israeli company Redefine Meat.

White told BusinessLive that a growing number of his guests at the restaurant now follow a plant-based diet, and the new launch is a response to changing customer demands. The recipe for Redefine’s steaks is still a secret, but they are believed to contain a blend of soy, pea protein, coconut fat, chickpeas, and beetroot.

Redefine Meat argues that 3D printing is able to replicate the complex muscle structure of meat in a way that other production methods can’t match. The company’s products have convinced renowned chefs such as White, Ron Blaauw, Joachim Gerner, and Shahaf Shabtay, who all offer the steaks at their restaurants.

Redefine’s range — which also includes plant-based lamb flank and minced products such as ground beef — is already a huge success in Israel, where it is available at over 200 restaurants.

When Redefine commercially launched its high-end plant-based whole cuts in November, it claimed they were the first of their kind in the world. The company recently raised $135 million to fuel its worldwide expansion, including the establishment of new production lines in Israel and the Netherlands.

“When I first tasted Redefine Meat, I was mind-blown,” said Marco Pierre White. “The world needs to eat less meat, but the reality is that until now plant-based meat products have fallen way short in terms of the quality and versatility required for our menus. Redefine Meat’s New-Meat products are pure genius, giving you all the sustainability and health benefits of plant-based, without the compromise on taste and texture.”