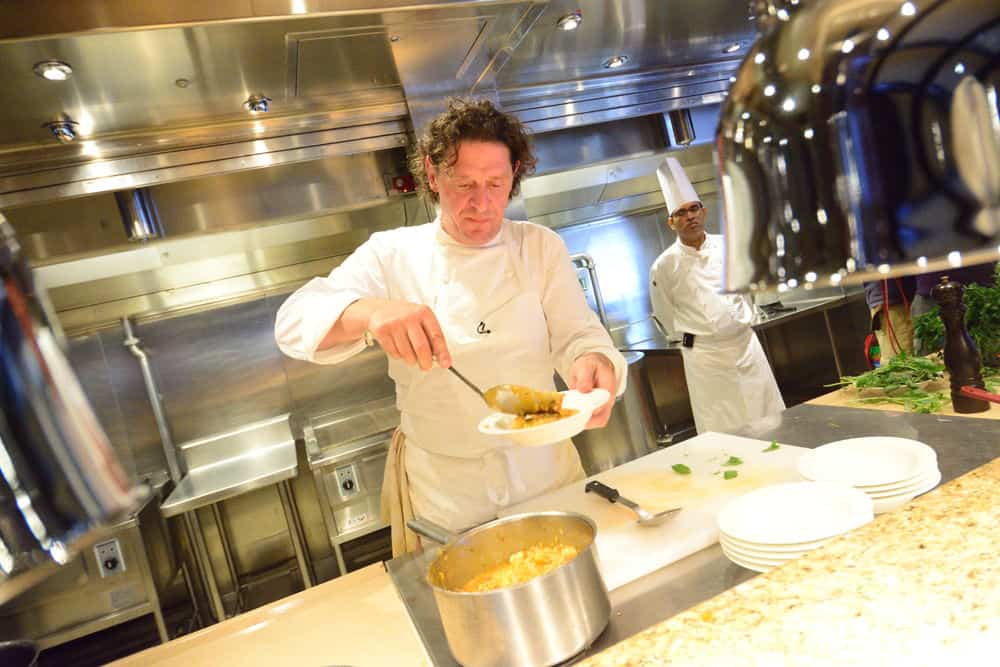 Michelin chef Marco Pierre White, the restaurateur and TV personality often referred to as “the first celebrity chef”, continues his collaboration with Redefine Meat, adding 3D printed lamb and beef to his menus across the UK.

Redefine Meat‘s 3d Printed steaks first launched into White’s Steakhouse Bar and Grill in Plymouth, UK, in February of this year. The chef has now chosen to incorporate the New-Meat™ range, including Redefine Flank (Lamb and Beef), into MPW restaurants — best known for their premium animal-based meat dishes — throughout the UK, appearing on breakfast TV this Monday morning to promote the interesting news.

Marco Pierre White commented on the TV show, “I was a vegan for nine months myself,” and when asked why it was such a short period, he answered, “I didn’t feel satisfied. We didn’t have New-Meat in those days. I was always hungry…I eat this [New-Meat], once or twice a week. It’s really clever.”

“It’s an honour for us to be working with Marco and now, to be featured on his restaurants’ menus. From the very beginning, we’ve worked alongside chefs with meat expertise and butchers, as they always provide the best feedback for us to better our products,” enthused Eshchar Ben-Shitrit, CEO and Co-Founder of Redefine Meat.