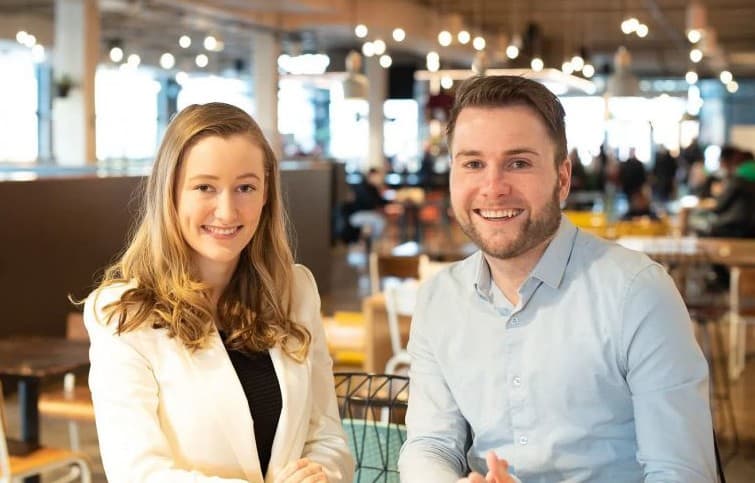 Founded in Baltimore in 2021 by Insa Mohr and Jochen Mueller, Mooji is focusing on larger cuts of meat rather than ground beef or sausage, since whole cuts make up 70% of the US meat market. According to Mooji’s founders, the startup wants to resolve the “trade-off” between producing quality 3D-printed meats with great texture but poor scalability.

“If you go to food tech conferences, it’s the number one topic everyone talks about. It’s really important to create real meat cuts for the industry,” says Mohr.

Closing the gap on look, nutrition, flavor and cost

To achieve this, Mooji is working on printing technology capable of layering fat with muscle cells and connective tissue. To increase scale and efficiency, the company is utilizing new printing tech developed by Harvard scientists that can simultaneously print with hundreds of nozzles, versus standard printing machines that rely on one printer head. With these and other advantages, Mohr reveals the startup’s 3D process can move up to 250 times faster than existing printers.

Mooji expects to release its first prototype meat in the next six months. Investors in the $3M seed round included The Good Startup, Collaborative Fund, Lever VC and AgFunder. Mooji plans to use the funds to grow its lab and hire new team members, and says it has already attracted two major clients in Europe and the US.

“There’s always this trade-off between scale and texture,” Mohr states. “3D printing always creates great textures without being scalable. Then there’s other technologies being scalable but not creating good textures. Especially not for steaks. And we overcome this trade-off.”