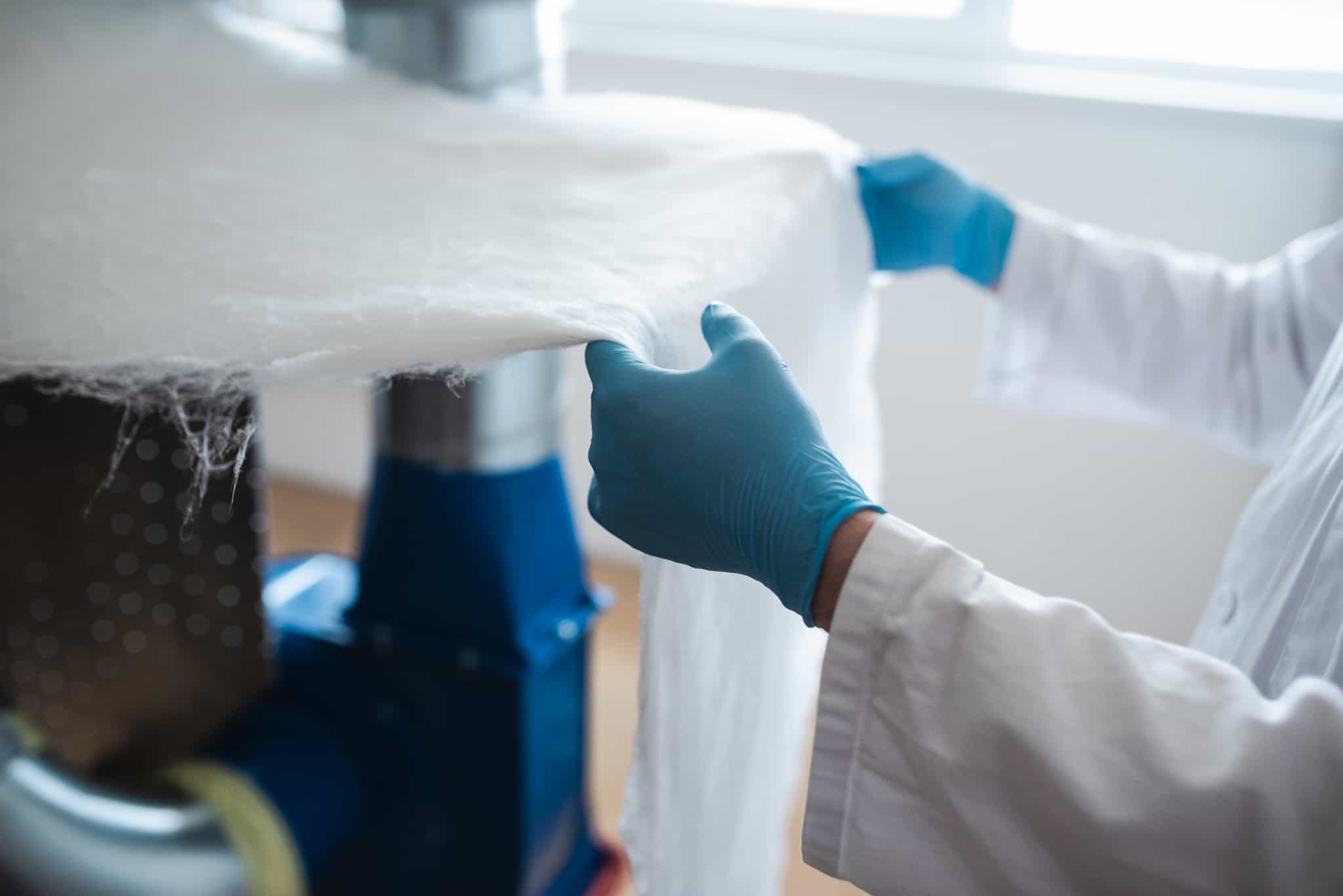 Estonia’s Gelatex has announced it is now running pilots with the capacity to produce enough cultivated meat scaffolding for 300 tonnes of meat per year. The scaffolds are made using the company’s nanofibrous materials technology.

Gelatex’s work has been supported by investment from Lifely VC, a venture capital firm with a focus on removing animals from supply chains. Lifely has also invested in a range of other successful cellular agriculture companies such as Cultured Decadence, WildType, and Jellatech.

According to Gelatex, the production of the scaffold material does not require much space — five kilograms per hour can be made by a machine occupying under ten square metres. This relatively small footprint should allow the company to stay ahead of demand.

Ultimately, Gelatex’s aim is to bring down the cost of cultivated meat so that it is equal to or even cheaper than conventional meat. After raising €1.2 million last November, Gelatex said its technology was already able to cut scaffolding costs from €100,000 to €1000 per kilogram.

If the company continues to scale at its current rate, this cost could be further slashed to €20 in under a decade. This would equate to less than €1 of scaffold per kilogram of cultivated meat.

“Nanofibers have been used for tissue engineering for a long time, but until now they have been expensive and difficult to scale. Therefore, no viable solutions are available for cultured meat companies,” said Gelatex CEO Märt-Erik Martens. “At Gelatex we solved scalable nanofibers manufacturing because of our own need at first and are now glad to take off the table one challenge that needs to be solved for cultured meat companies.”